Eating our Own Dogfood on BRCK Expeditions

This last week I was part of a BRCK expedition team that traveled from Nairobi through the Chyulu Hills, and oversea to the small island of Pemba in the northern part of Zanzibar. On the way, we installed some of our equipment, including: 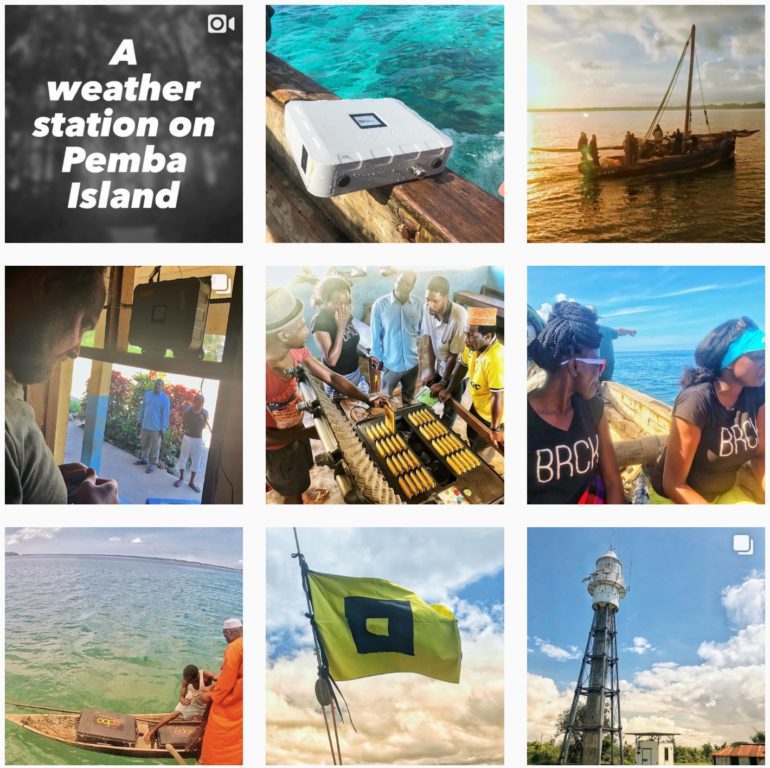 One thing I’ve learned on BRCK expeditions is that there is no “normal” experience from one to the next. This one we had to be used to water everywhere, we lost or broke two phones and severely damaged a third, all vehicles behaved themselves (miracle!), and we had the Good All Over team with us that made it feel like a reality TV show.

We do these expeditions for two primary reasons: to have a fun adventure as a team, and to test our products far out in the field.

We do have a lot of fun, you can see that in the Instagram, Twitter, and blog posts. However, a requirement is that they also be challenging, providing a certain amount of physical and mental difficulty. We plan them this way for us to test ourselves, strengthen our internal team bonds, and stress out our equipment. It works, so we keep doing it year after year.

While we were out on this trip, there was a good Economist article published that references BRCK and what we’re doing. It’s important to remember that so few companies are actually out in the field trying to find solutions for people who aren’t financially wealthy. Logically this makes sense. Unless you’re a development company or a charity organization, you have to make money and if the numbers don’t work, then they don’t work.

The ITU calculates that in poor countries the average cost in 2016 of the smallest mobile-internet package was equal to 14% of the average national income per person, putting it out of most people’s reach.

One of the benefits of the BRCK leadership team playing such a direct role in these expeditions is that we are installing, testing, fixing, and using the equipment right alongside the users of it. We’re doing the messy work, but also having to explain how our platform works to the people we’re leaving it with. This is what leads us to creative solutions for both the technical and business problems that we find. It could be a better way to waterproof our gear, or it comes in a deeper understanding of how important it is to focus on our model of FREE public WiFi as we realize that these people will not be able to pay.

Just because the companies that came before us were unable to find a way to serve the needs of the people with small incomes doesn’t mean that there isn’t a way forward. It just means that we need to be more creative. Nothing builds creativity like sweating over a connection in rural Africa with your colleagues and the users breathing down your neck. 😉