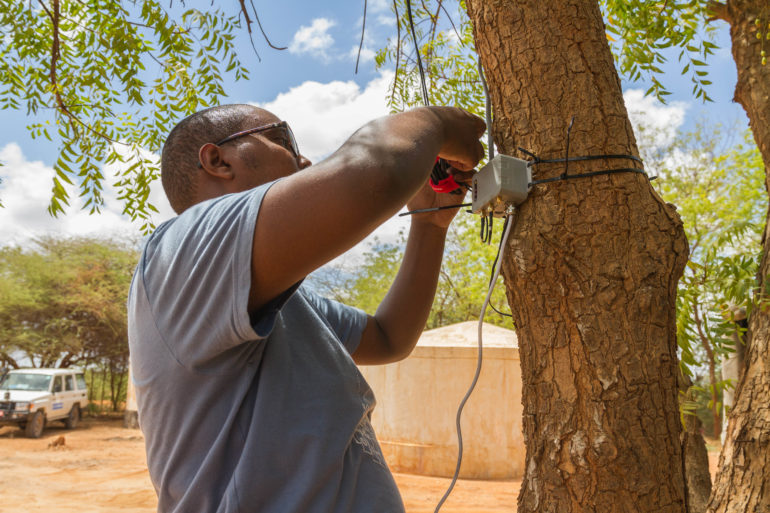 There is never a dull moment when the BRCK engineering team goes out for a field trip to test out new tech. The experience and victories gained are always priceless. This time the team set out to the world’s largest refugee complex, about 90km back from the Kenya-Somalia border. The mission, as we had chosen to accept: To pilot the PicoBRCK for the UNHCR WASH project at one borehole location. 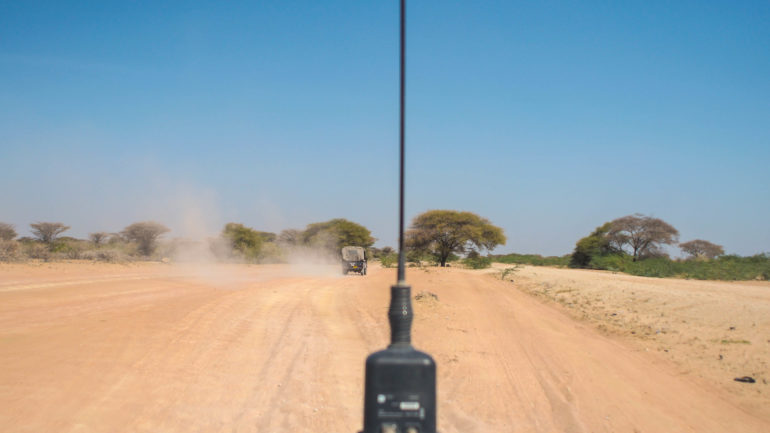 The Dadaab refugee complex hosts almost a quarter million people, which requires UNHCR WASH to treat and pump a total of 10 million liters of water per day from 28 boreholes scattered around the camp. This is a pretty amazing feat to accomplish and it is stunning to see how the WASH team in Dadaab meticulously pulls it off, considering the sheer size of the area the complex occupies. To improve this process, BRCK and UNHCR teamed up to provide a solution that would enable remote monitoring of water generation and water treatment using the PicoBRCK as an IoT platform. 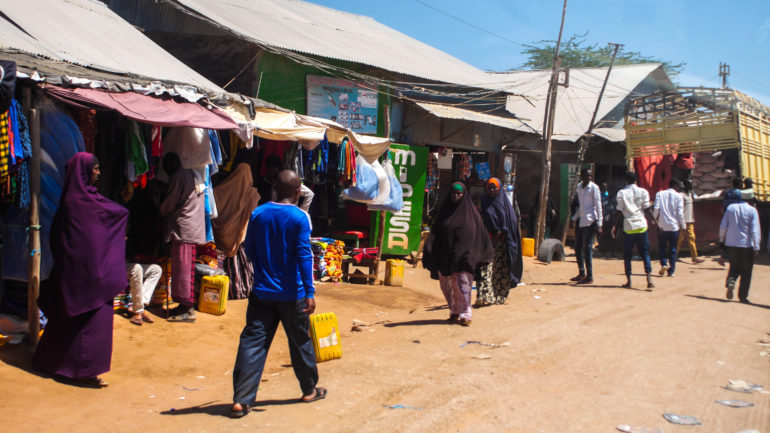 The first thing you notice when you arrive in Dadaab is the glaring sun that makes you sweat enough water to make some cloud cover later in the day. More importantly, we were interested in how the lithium batteries in the PicoBRCKs would cope with the high temperatures. The PicoBRCKs run off lithium polymer batteries, which are generally designed to charge best between 0 and 45 degrees Celsius; the high temperatures might cause some power related issues later on during the pilot period. 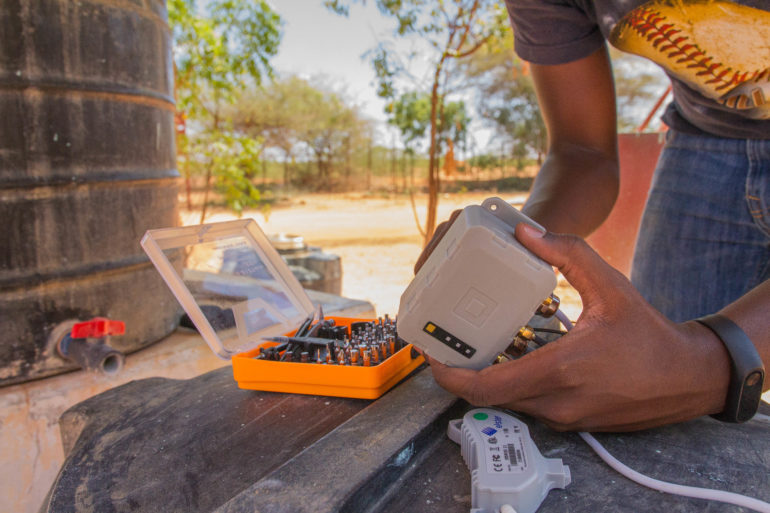 Every project has its hiccups and this one was no different.  Airtel, the original network carrier we chose for the installs, was down during the time we were in Dadaab. We had specifically confirmed coverage and operability of the Airtel network on our first trip there, but it was not to be. Luckily, we were able to find sim cards from a different network provider and replace the ones we had.

The PicoBRCK can integrate to any sensor through a daughter board and supports sensors via SPI, I2C, UART, and General Purpose IO. For the UNHCR WASH project, we integrated one PicoBRCK to a chlorine and temperature sensor to monitor the amount of chlorine dosed per liter of water. We installed the second PicoBRCK to a hall effect sensor over the water flow meter as a nonintrusive way to digitally measure the rate of flow of water. For this pilot deployment, we tapped into the power being supplied to the chlorine doser. We ran cables from the generator room to the PicoBRCK and installed a 240V AC socket where we plugged in a 12V adaptor to keep the PicoBRCK power topped up. The waterproof PicoBRCK case made it much easier and convenient for the installs. We could have it mounted practically anywhere we needed to. For one of the units, we had to use a tree that stood close to the water meter! Future installs will take advantage of the PicoBRCK’s solar charging capability which will make the installation procedure even more straightforward. 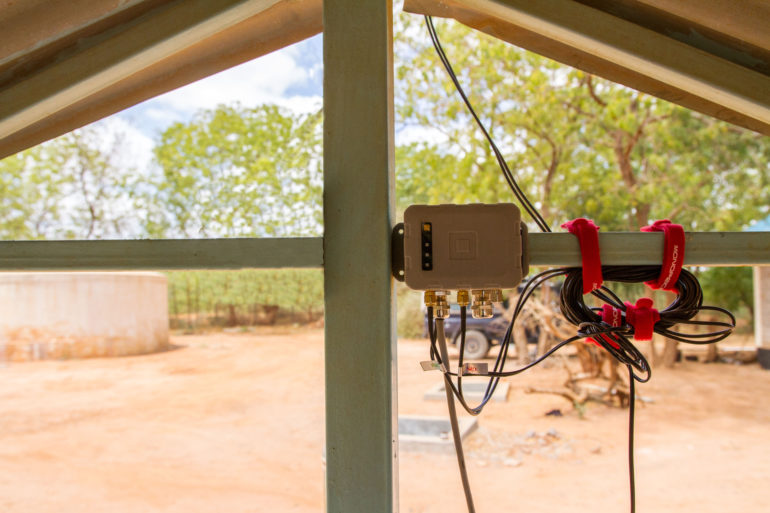 On the third day of the install process, we successfully got both PicoBRCKs up and reporting to the cloud with viable data for the two-week pilot period. After the pilot period, we will install PicoBRCKs at nine other boreholes and hopefully have a positive impact on water consumption data at the complex.