An afternoon with Zambian entrepreneurs at Bongohive 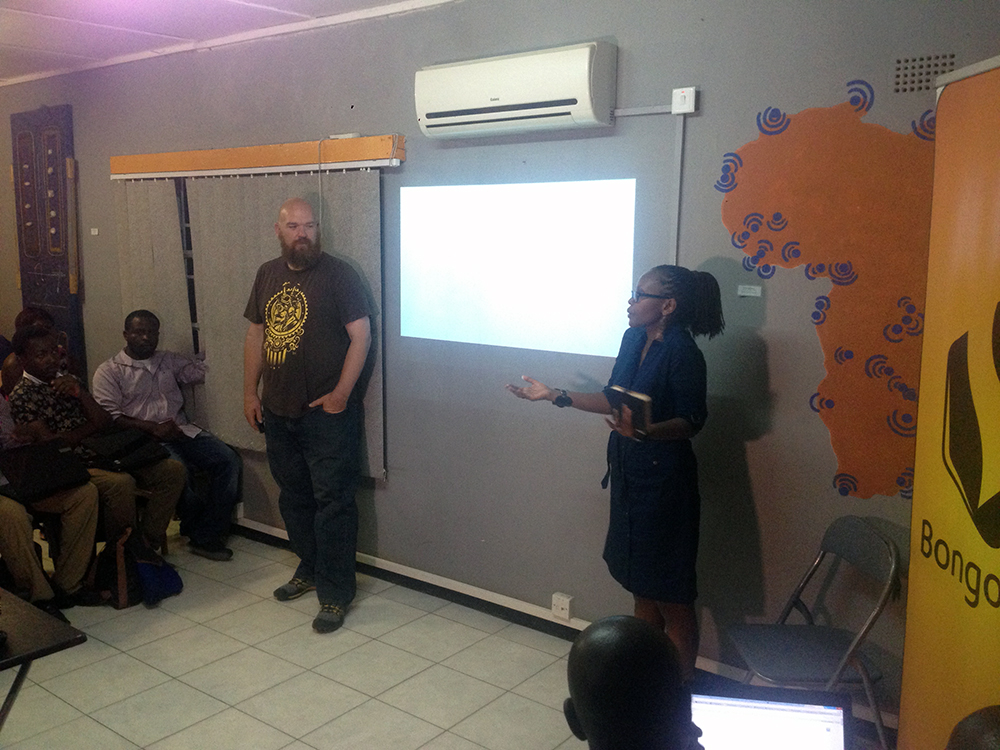 We spend the afternoon at BongoHive today interacting with the tech community in Zambia. Who was there? We had product based start ups, some service based start ups, education based programs, some designers and developers. It was cool to meet these young entrepreneurs thinking of hardware DEMONSTRATING THE BRCK First Reg Orton and Phil Walton from the BRCK spent some time demonstrating and talking to the community about the BRCK. They spend a quality 45 mins with the community speaking not only of the genesis of the BRCK and why it was awesome, but some of the challenges of building hardware in Africa; from lack of quality human resource to manufacturing and customs challenges. They also spoke of lessons learnt from expeditions and putting the BRCK though tough situations. I for instance learnt the dust proof and secured lighting on the be BRCK was as result of the Turkana expedition which had sand storms, rain and other challenges thrown at the first version BRCK.   HUMAN CENTERED DESIGN I spent some time sharing some thoughts on Human Centered Designs and some examples of why this makes sense, especially in a resource-constrained environment. It was based on practical methods, pros and cons of each. It was particularly nice to have some of the startups come up to me later and say they have been inspired or learnt from the presentation and will be making efforts to talk to their users.   CREATING A SUCCESSFUL BUSINESS Erik Hersman has been around the block. He did a really open Q&A with the startups around building a business, securing investment and growing a business. One of the most insightful things that came out of the discussion is that there are people willing to invest in startups, but there far too few startups that are investment ready, speak the right business language and have prepared their business side of their tech. Another insight for me was the fact that having a great idea and a great team is not enough. He emphasized the value of a good network, which is often not well taken care of as people spend time building products and services. It was quite interesting to me to observe the quality of individuals in the room. While the community is still nascent, the right people seem to be in the space. Hungry, motivated, willing to learn and that is quite refreshing to see. I think BongoHive is heading for big things. STARTUP WEEKEND It was the first time I saw Erik Hersman and Juliana Rotich share wisdom with startups about founding companies, building great team among other inspiring stories. While a lot of the startups had come to hear about product, capital and such, most of the talk was insights about people. Erik described people as the most important asset you will have. They also spent time on culture; the culture you build and defend should be unique to you and embody what your collective attitude is. Finally, the courage to do hard things. Doing hard things mean you have less people to compete with and more interesting things to do. A great  day of sharing and learning happened at BongoHive and I'm grateful to have been there.