Day 0 comes before Day 1, and what a Day 0, traveling to the Kiltamany!

The original plan was to leave for Kiltamany at noon, but that was not to happen. Facebook’s Mark Zuckerberg, passed by BRCK office much later than expected and got the whole building excited. In the process, he took a great photo of himself and our Mark Kamau, with the PayGo/PicoBRCK project, which he posted on Facebook. Of course, BRCK’s Mark suddenly regained numerous Facebook friends, tags, posts and likes - rising to celebrity status. But this meant that by the time Jeremiah, the BRCK Intern, Mark and myself finally rode out of the office, it was 4:45pm! Trying to negotiate the fastest route outside Nairobi, BRCK’s newly, freshly minted ‘celeb’ aka Mark got a thousand times humbled by a no-nonsense traffic cop. 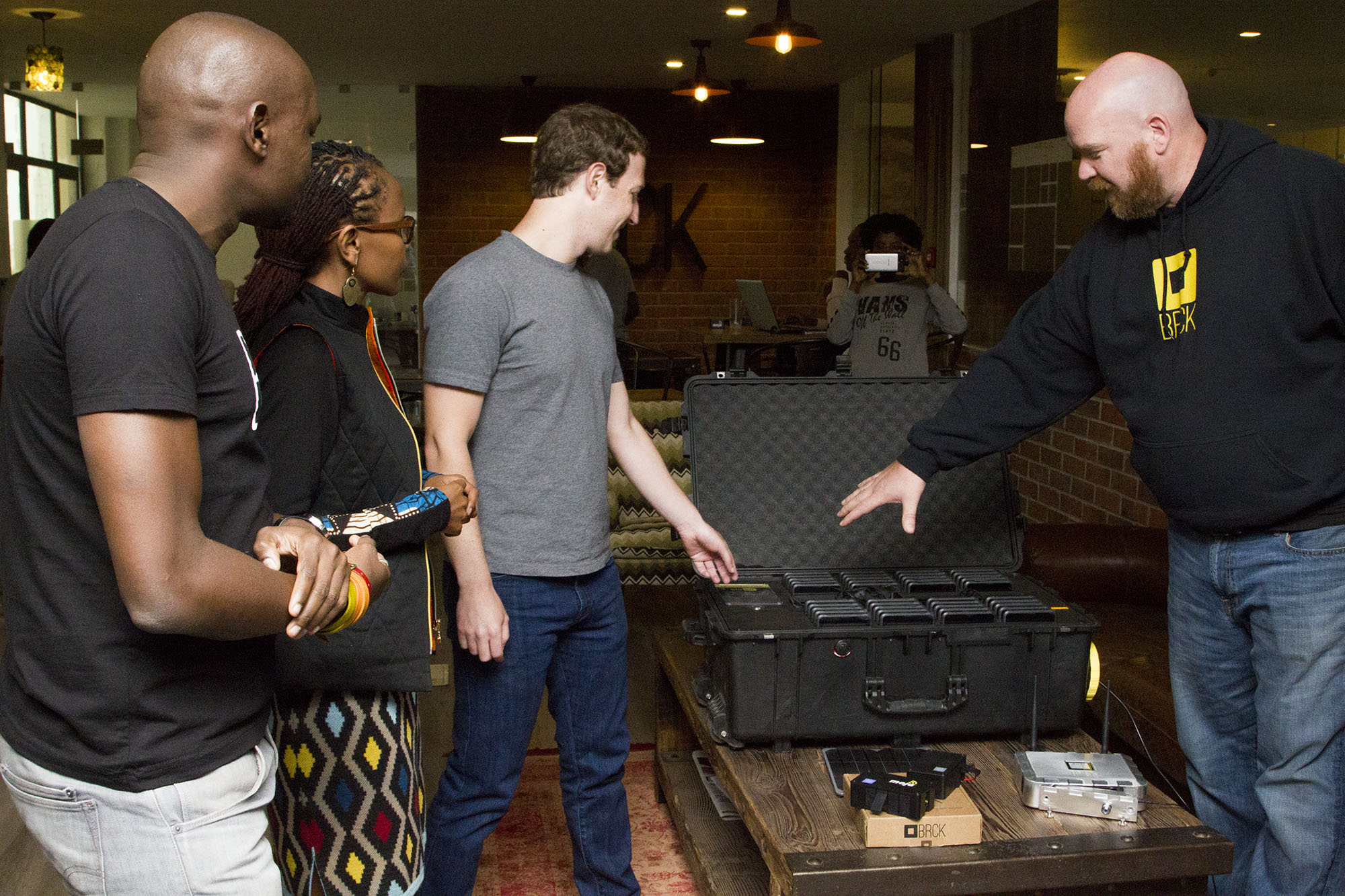 Our surprise guest ;) Google maps said it would take 7 hours to reach Kiltamany, Samburu County. However, there is a 20km section between Archer’s Post and Kiltamany that weaves through a conservancy full of acacia, lost trails and dry river-beds - an impossible feat in the dark. So we set our goal lower for that day: to reach Bryan’s place in Nanyuki, and proceed to Kiltamany the following morning. 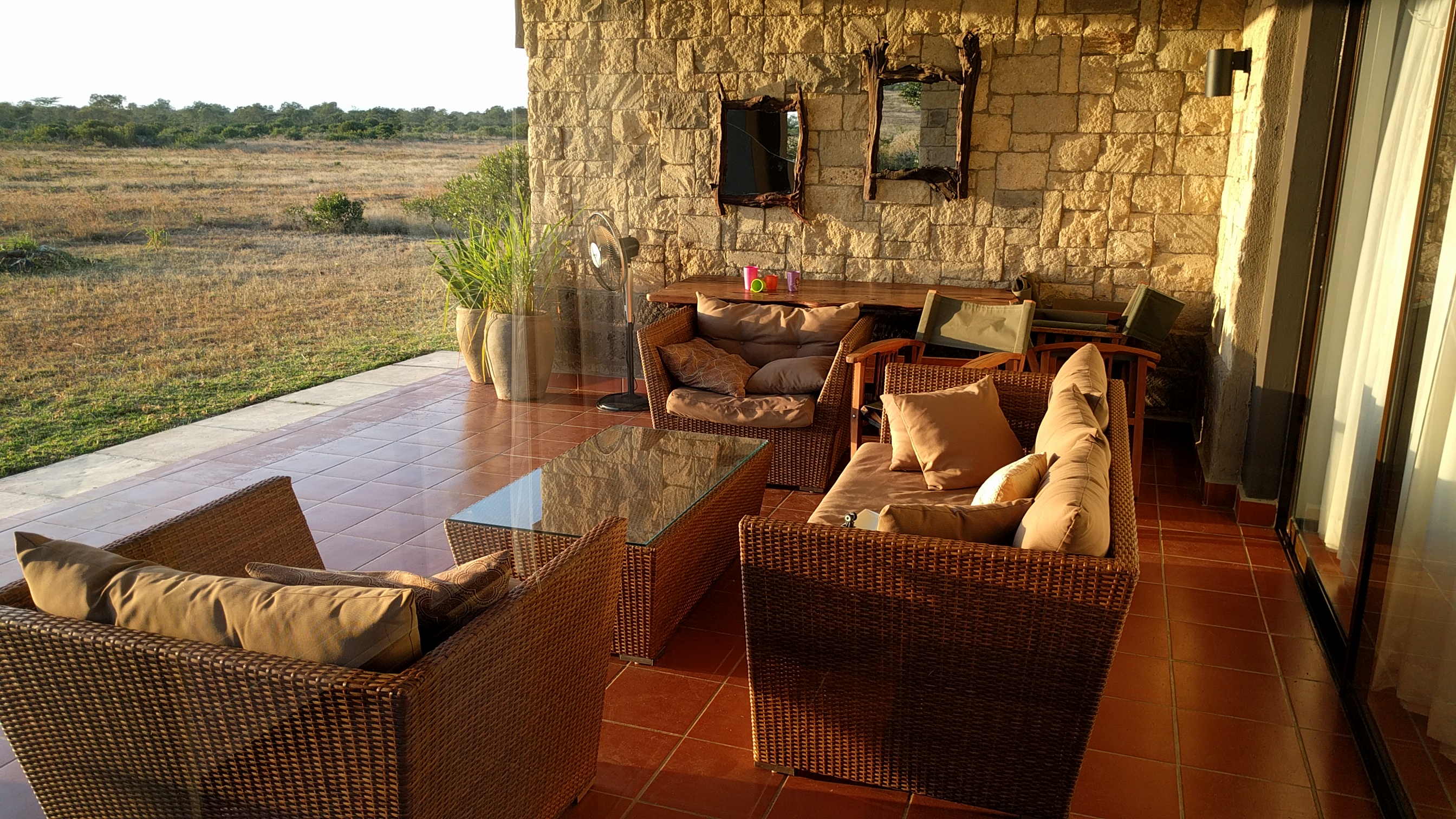 Brian’s Place in Nanyuki Mark’s hard-driving and google-map-defying navigation, consistently interrupted by homage from Facebook fans, got us to Nanyuki by 9pm. After a night at Bryan’s excellent house in the middle of another conservancy among zebras, warthogs, bushbucks and other wild game, we set off for Kiltamany in the morning just after 7am. The ride to Kiltamany would have been smoother if we had not argued about google maps correctness. Ultimately, there was nothing to argue about once we went beyond existing, data-rich, cell towers! 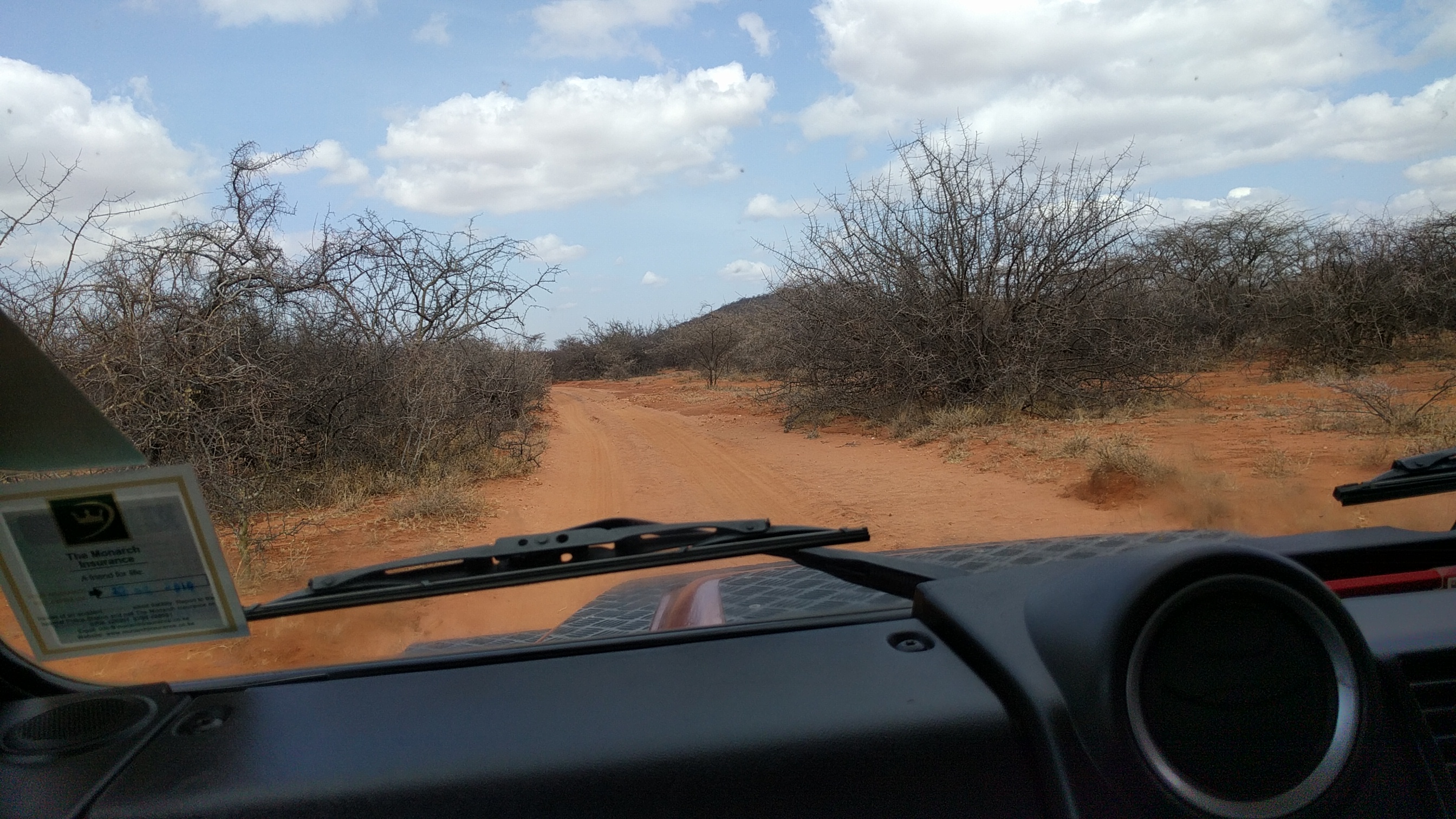 Inside Kalama Conservancy We reached Kiltamany Primary school a few minutes after 10pm, and went directly to join Nivi, Edoardo,Elimu’s Francesca. Initially, we distributed ourselves among the 5 teachers classes. Afterwards, Nivi and Jeremiah volunteered to teach some classes, with and without the Kio Kit. 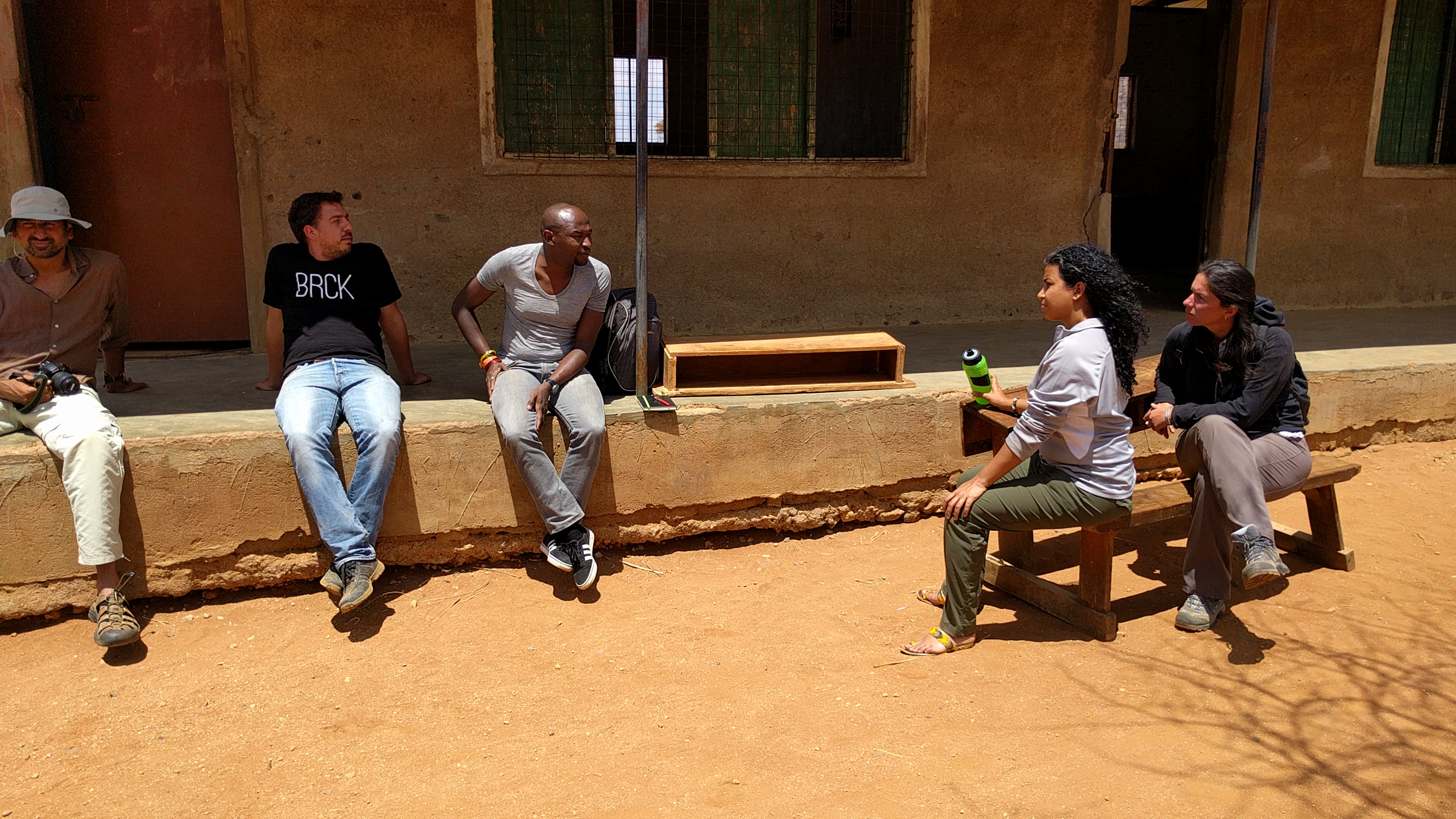 (From Left) Amit, Edoardo, Mark, Nivi and Francesca My Standard 8 math class was taught by the head-teacher, Mr Elijah. It was a normal well-taught class, to an attentive 12-some boys. The class was quite interactive. It reminded me so much of my primary school days. However, they appeared way behind in the syllabus, for a class sitting the KCPE in a month. My other class was a group of Std. 3, girls, more in the group than boys. It was passionately taught by a Ms Elizabeth. 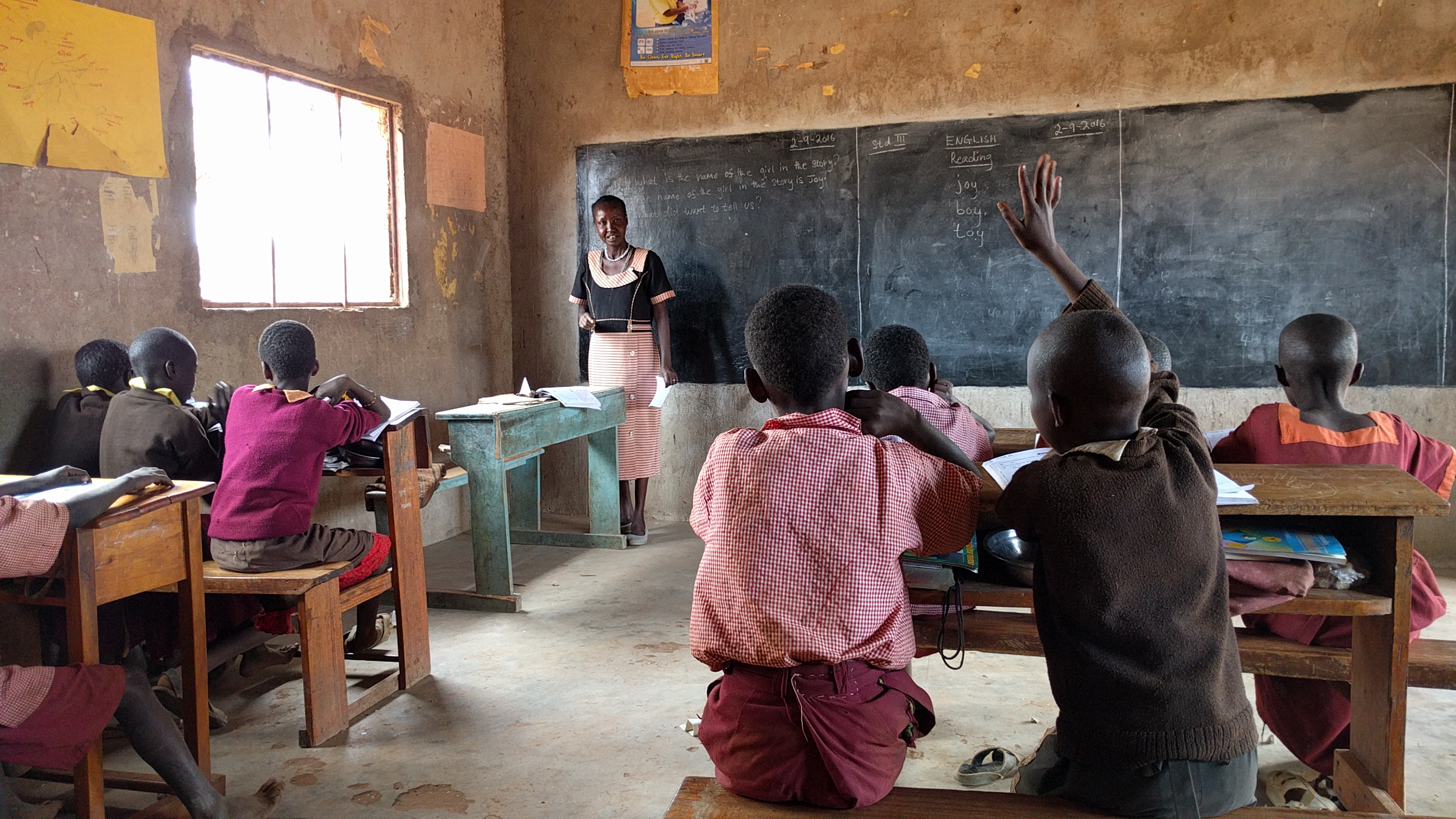 Teacher Elizabeth’s English Class With only 5 teachers, it means that the other 3 classes go un-taught at any given time. Kiltamany is about 20kms from Archer’s Post deep, inside Kalama Conservancy, very far from Nairobi. As you can imagine, not many teachers posted there take up their appointments. I can foresee the Kios playing a major role in complementing the work that the teachers do. Nevertheless, Edoardo and I were delighted by the Kio Kit’s WiFi performance. The almost zero WiFi interference meant that the Kios could be used upto 50m away from the Kio Kit! Streaming on the Kios worked so well from the neighbouring classrooms, giving flame to Edoardo’s ideas of broadcasting to groups, registration of students and the sessions. There is also decent 3G signal at some points of the school, which will ease the task of remote updates. It’s day one, but I think it has been worth it, at a technical level. We spent the evening sprucing up the camp, taking showers (for some), and helping prepare dinner. Amit wowed us with burgers, fries potatoes and most delicious fried onions - that everyone agrees - belongs to the best Nairobi restaurants, not a camp in Kiltamany. At some time, the Samburu elder guarding our camp left to attend a meeting to discuss a hyena attack, that had claimed the lives of 90 goats just the previous night. They are now back, but there was also a hyena scare near the camp last night, so here’s to hoping that this hyena business has been laid to rest. 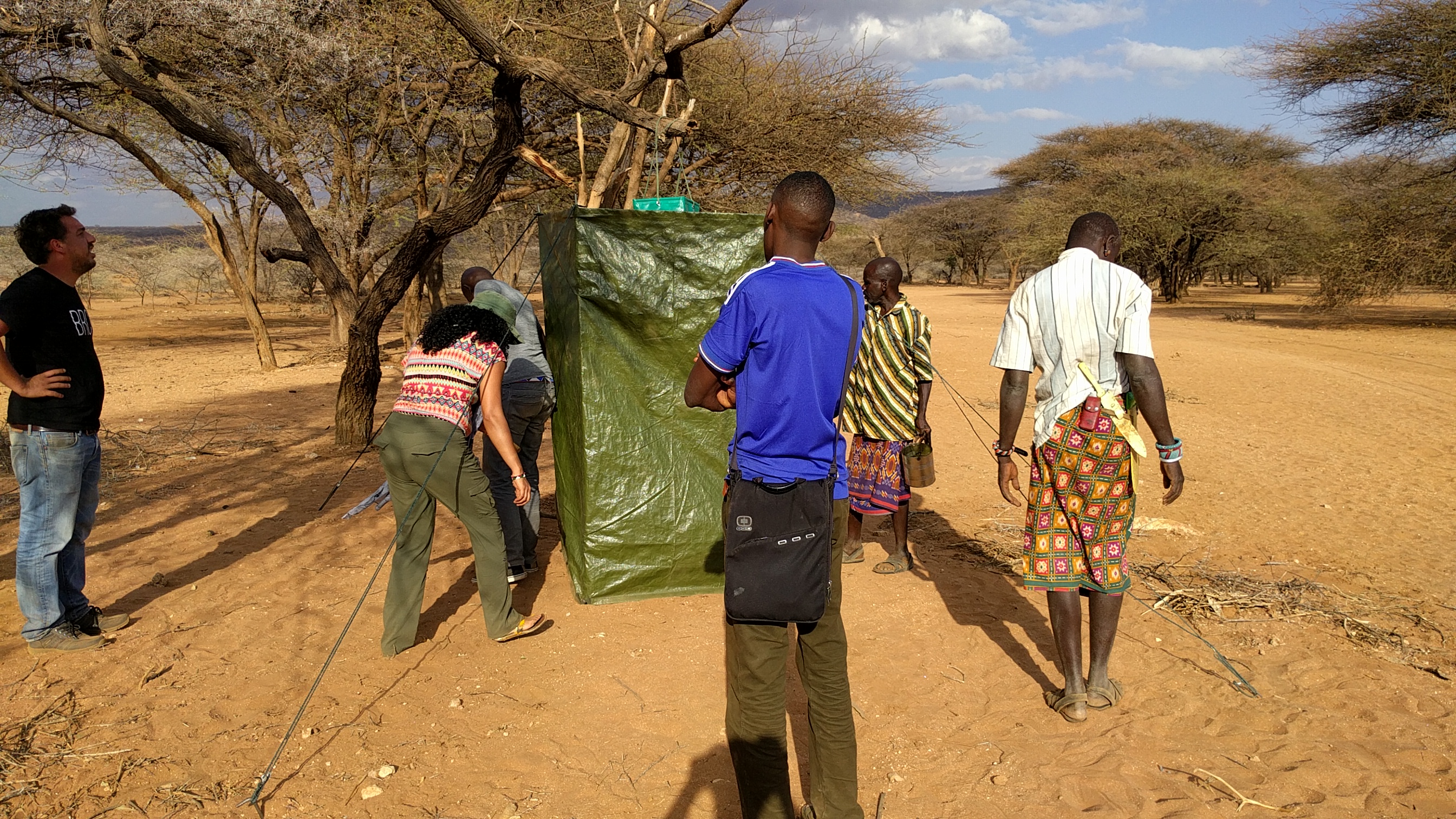 Sprucing Up The Tent: Shower Setup 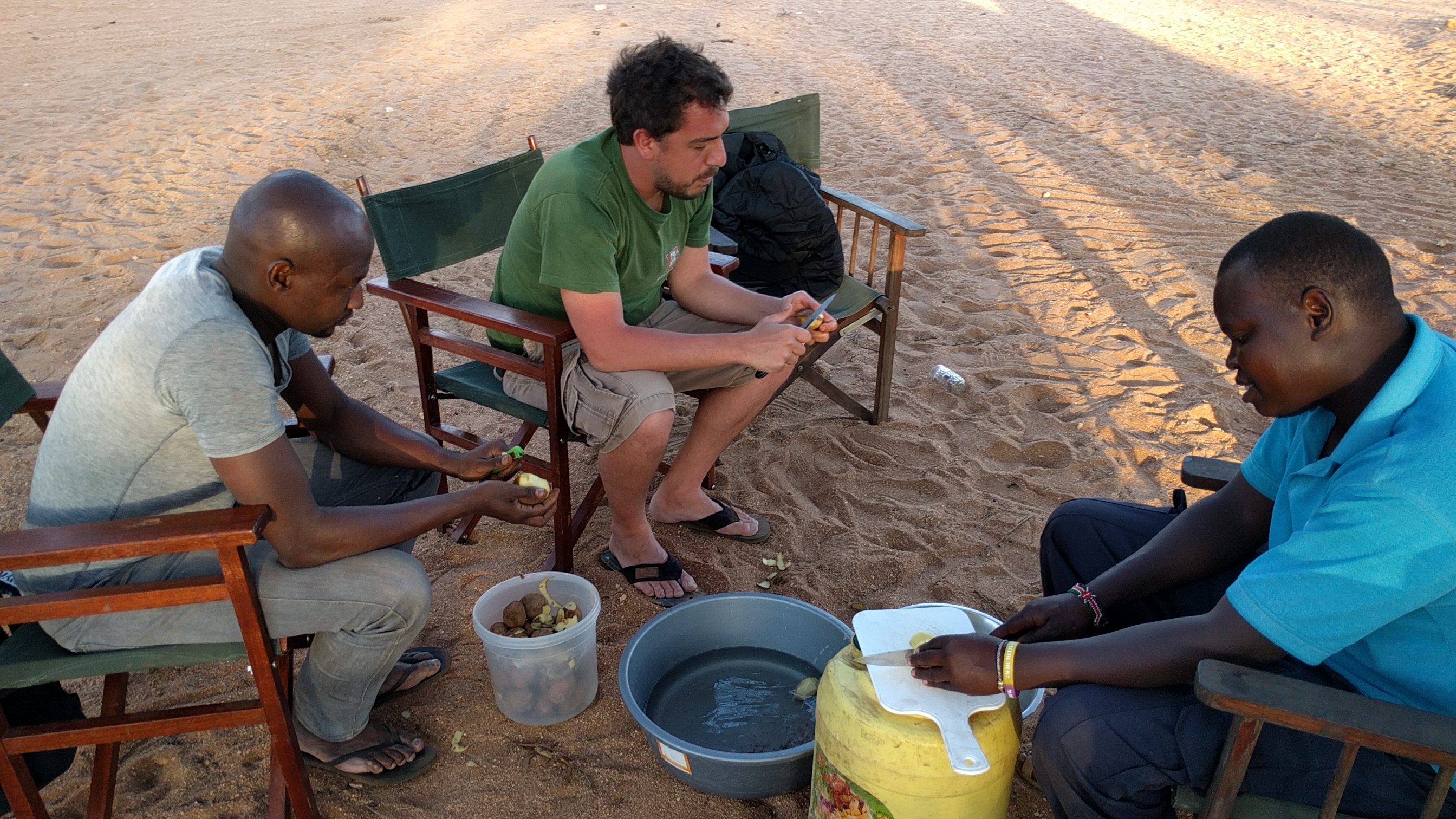