Thanks goodness for BRCK.  Unfortunately this will be my last expedition post this trip. I've had to leave the guys early to make a dash north to sort out some business. If it weren't for BRCK I'd still be in Livingstone. When the news came that I had to come back to Nairobi, we knew we had 40 minutes to get flights. The BRCK was fired up, with in a minute we were online, and 4 of us rapidly trying to find the fasted route north. Its times like this that the utility of BRCK really shines! Earlier in the day the BRCK became a lifesaver as well. On the road from Lusaka to Livingstone, a short 563km journey, the Land Rover developed a nasty fuel system problem with the fuel lines filling with air every 20km or so, stalling the truck mid drive. Stopping every 20km to bleed the fuel system makes for a LONG trip (14 hours I believe!). Out came the BRCK, and everyone who wasn't driving was delving into Land Rover forums the world over trying to work out what the problem was, then trying twitter, facebook and instagram asking for help. Eventually diagnosing the problem as a faulty lift pump. Another quick Google search for a replacement lift pump in Livingstone and we were on the way again. [caption id="attachment_956" align="aligncenter" width="770"] 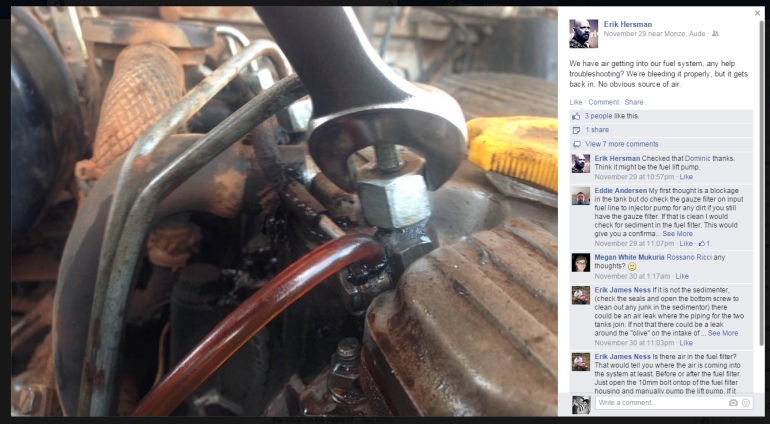 Trying to get help with a buggered 300TDi fuel system[/caption] Power issues again.  We are an expedition company, and as such, our vehicles are kitted out more than most. We've got a 1500W 110V inverter wired in to the battery, 4 x 5A Cigarette jacks, and dual 12V batteries powering all the kit we have on the road. The biggest problem? Finding cables! Every time we have to charge a GoPro, power the Satellite internet or charge the motorbike headset, a mad scramble ensues trying to find the adapter, cable, or correct power BRCK. This is why we love the microUSB. As from Part I, we know its not perfect, but now we are torn. What should we use! Knowing your limits Getting the BRCK online in Tanzania and Zambia has been really easy, in fact, other than getting SIM's and working out the crazy commands, the BRCK's have been working flawlessly. One area that has popped up constantly is 'how good is my signal now'. Driving from village to village the signal fluctuates quite a bit. We are working now to streamline the process of finding out how your BRCK is doing now. Back in Nairobi we are working feverishly to take what the team and I have learnt to get some updates ready for the trip north on Saturday. [caption id="attachment_963" align="aligncenter" width="569"] 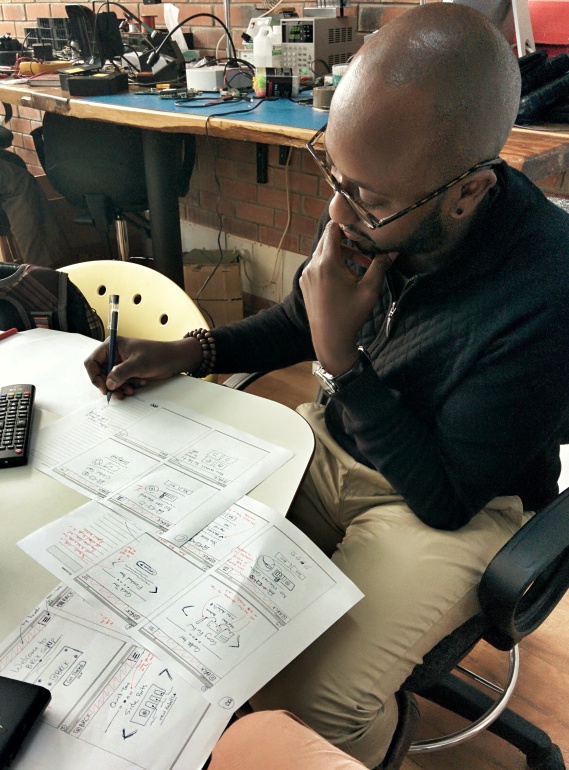 Working on new wireframes with information from the expedition south[/caption]