Hacking away at Mozfest 2015

The internet, to me is the most amazing invention of all time. It takes interaction and sharing of ideas to a whole new level breaking every barrier previously known to man. In appreciation of this every year Mozilla gathers makers, designers, builders, coders and creative folks to come into one innovation garage. This allows individuals to share ideas and make them a reality. Like many other firms, BRCK exists only because the web exists. It is important to us to share our knowledge and ideas with the community and to build on some of those ideas together.  A couple of months back we decided to follow through on working with the Raspberry Pi. We have used it on projects such as our education project. In February of this year Erik asked me to load some applications that we can use for offline use on our BRCK+Pi add-on for the BRCK device.  This takes a normal BRCK and then adds a Raspberry Pi compute module to it to provide computing and more storage to the already existing connectivity on the device.  In essence we get a rugged micro-server. A few hours later I had Ushahidi and Etherpad-lite on it. The next step was to try and figure out what can we do to take this to the next step. This is where the idea of CrisisStack came into play. We thought it would be nice to have a clean interface where users can easily choose what applications they want to install, launch and delete as they wish. It would act as a form of the offline internet. A user would be able to interact with this and they should feel like they are on the open Web. If they then get a connection to the internet the applications on the device can then sync the data. We are proud to release a Beta Version of CrisisStack to the community via crisisstack.com

Some screen shots below. 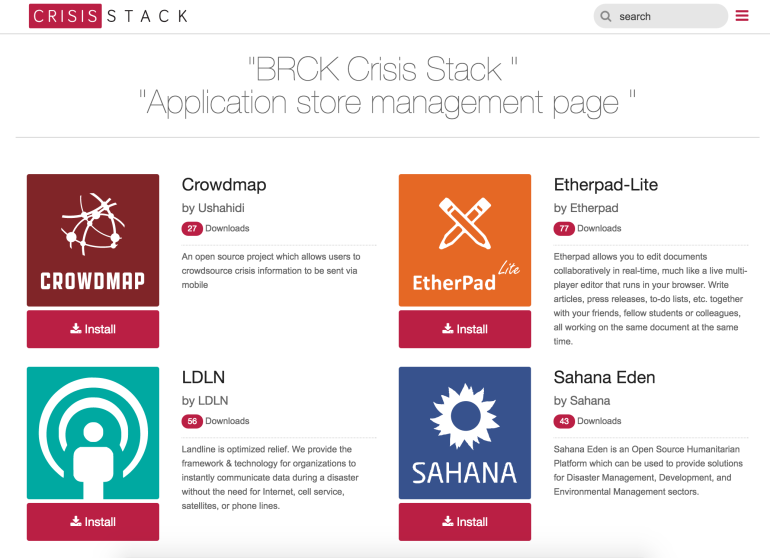 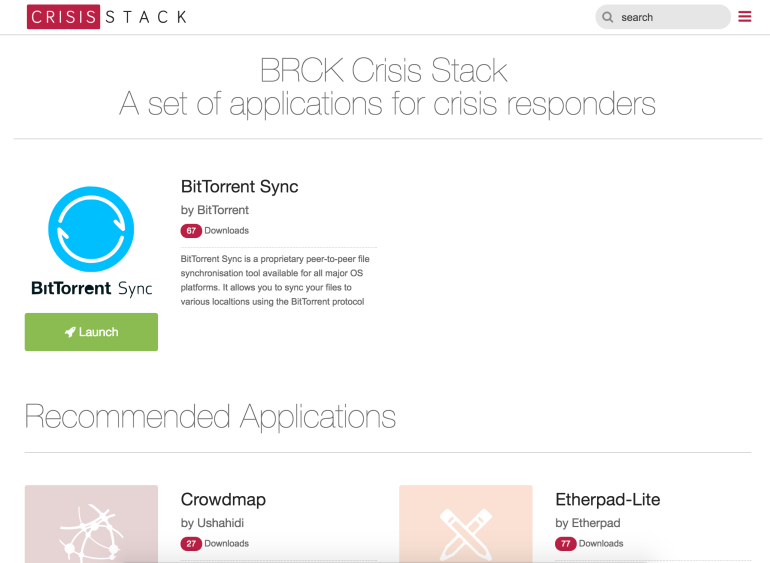 Application Launch screen[/caption] It was therefore my mission to share what I have done so far with open technology with the greater network of people at Mozfest. The event was scheduled to run from Saturday through to Sunday. For those of you who have attended Mozfest before, I am sure you would agree that we need to invent a way of being in two places at once. There was a lot happening from the open garage to different training and discussion sessions. So much to do, but impossible to do it all. I started off by showing off my BRCK to a few folks and a standard raspberry PI explaining how things work. I then took it a step ahead and decided to expound on how the device would work when off the grid.  I then took out the BRCK+Pi from my bag. I highlighted what we had done differently and how one can achieve it . We started of seating around showing them the application and how it works. We then sat down and started chatting about how we could improve the system.  Some of the things we talked about were: Having a central system where we could pull all our application(s) from. This would act more like an application store. This would allow us to have one central place where:

Because pictures are worth 1000 words 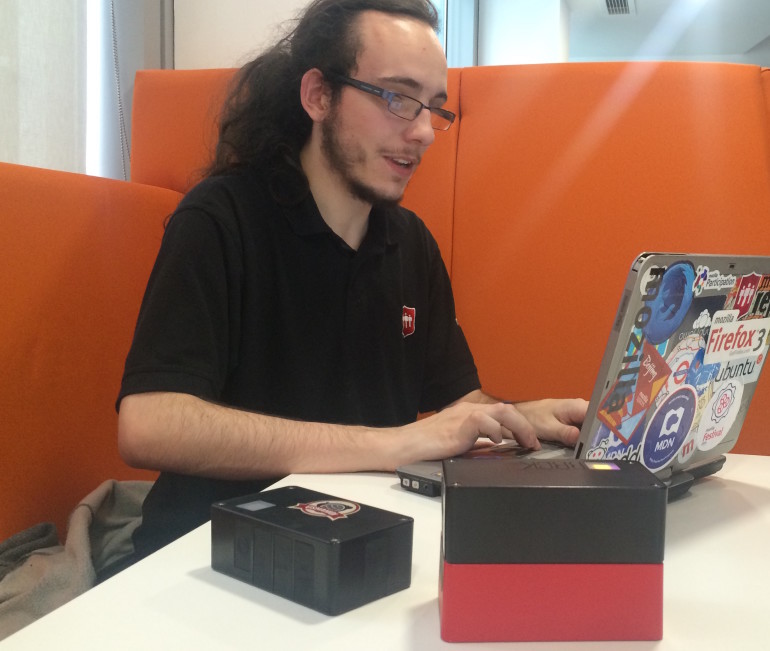 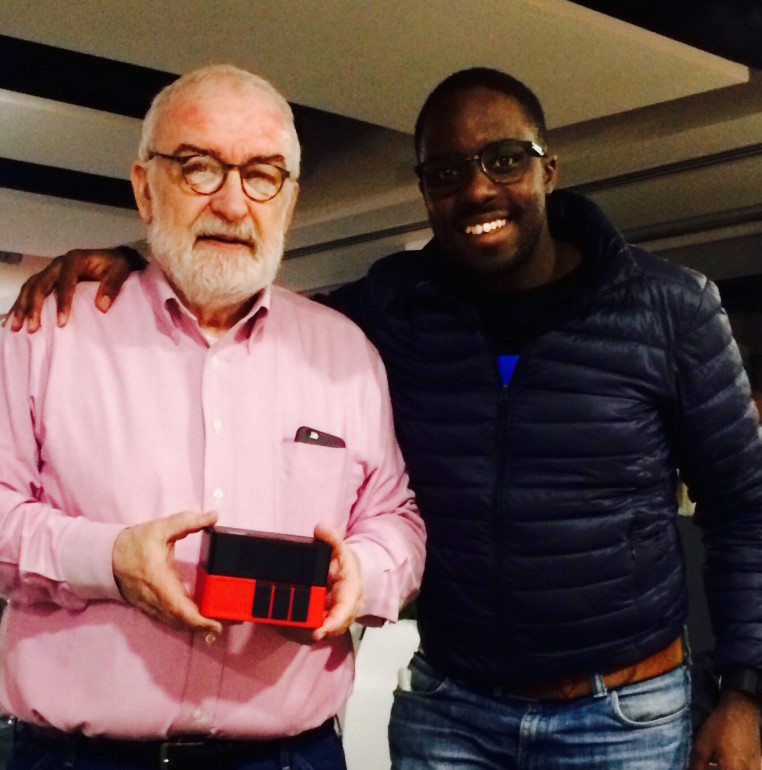 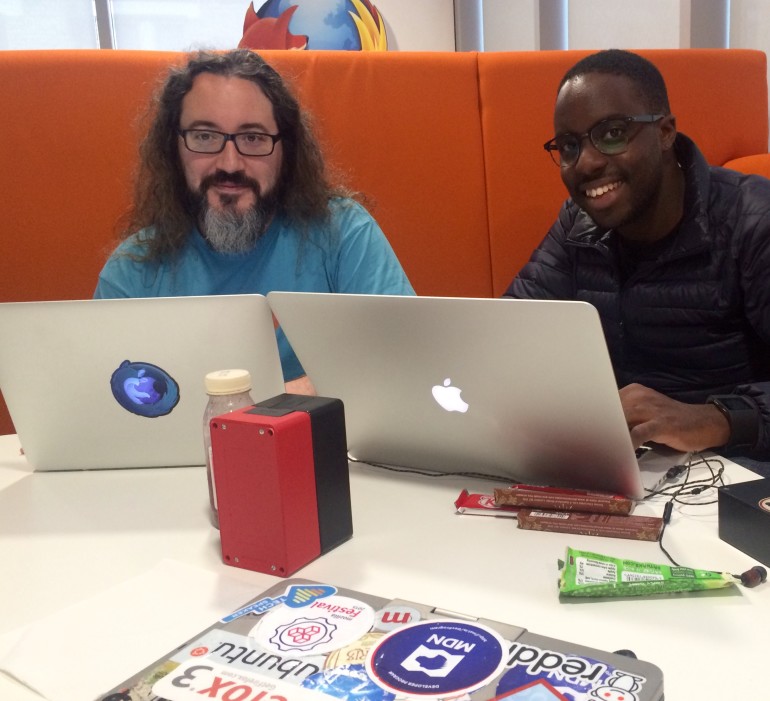 Engineers going hard at it - Snacks never miss :-)[/caption] All in all it was amazing. We talked a lot about Linux, possibilities with these offline web applications, packaging and distributing them even beyond Raspbian(Linux distribution for raspberry PI).  We left with some improvements that we are looking to implement. Later this week we plan to have an LDLN release for BRCK+PI.  We also looked into a “lighter”(less resource heavy) language that would then  result a faster and smoother experience. Remember on these small devices we have to be selfish when it comes to how we use our resources because of many other factors such as power(which would most likely be from the battery). I am going to start working on this in the coming weeks in a different fork of the same repository. I think it is safe to say this was some good fun and I look forward to Mozfest next year. Watch this space to see what we shall have for you in the next few months. To keep up with CrisisStack please visit us here