I had a meeting yesterday with some people who had just come to Nairobi from Lagos, Nigeria. They kept mentioning the problem with power outages and how this happened multiple times each day. We're no strangers to power outages in Nairobi either, so I commiserated with them and then went on to discuss the differences in power outages between these two large African cities. In Nairobi, when we lose power it's usually for a few hours, but that can extend to a day or two. My own experience in Lagos was that we lost power many times during the day, but for shorter periods of time. [caption id="attachment_422" align="alignnone" width="667"] 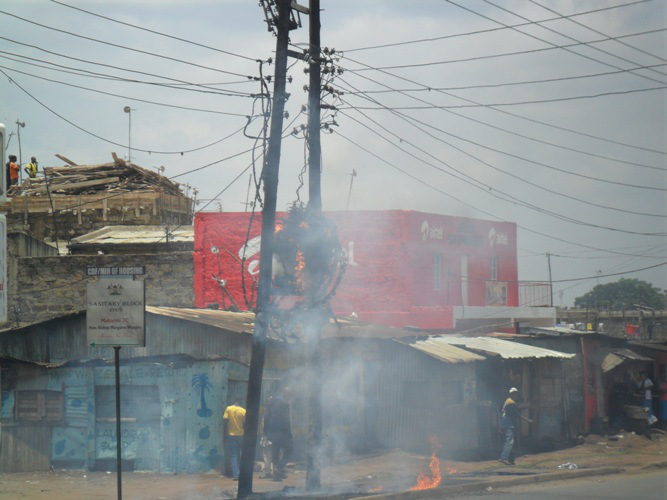 A power transformer blows up along Juja road in Nairobi[/caption] (image via the Mathare Valley blog) We live in a world of poor infrastructure, with massive growing demand, which means that the cities we live in won't be able to keep up. This problem is sometimes exacerbated in Africa, in particular, when you move beyond the cities as the distribution is not condensed, making it more expensive to extend our traditional lines of power. (As an aside, thank goodness for micro- and village-level power programs that are starting to pop up, as they can meet this distributed problem with a distributed product). The power just doesn't go off and on either, it's not black and white, there are shades of brown here. Sometimes there is one phase on (brownouts), which means that we're getting a small trickle of power that some bulbs can give you a nice yellowish glow from, but nothing else will work. Other times we have power spikes, which fry our electronics. Case in point: Last year in August, all of the power in Kenya went off, the whole country. Apparently, you have to spool up energy from the different generators to the country at intervals, which slowly ramps up the power to what is needed. Some genius at KPLC (our power supplier) decided to grab the big switch and crank it on for the whole country at once, at which point we had 400v of electricity coursing through our lines for 3-5 minutes. Zuku, the largest terrestrial, consumer ISP in Nairobi lost 3,000 routers that day. It was on that day we realized we needed to make sure that the BRCK power could handle 400v. This is why we design and engineer the BRCK in Kenya. We had been building the power system to be smart enough to handle almost everything thrown at us, including those brownouts and the continual on/off switching of the power line, but we hadn't considered that crazy of a power spike for that duration.

Reliable internet is directly related to having reliable power

So, the problems of crazy fluctuations of power is one thing, but it isn't the only issue you have to think about as you build for reliable internet connectivity in a device in Africa. For us, we also have to think of how you charge it and what you charge it from. When we went up to Norther Kenya on our expedition for the eclipse over Lake Turkana, we had to charge the BRCK off of anything we could find. This included the car cigarette lighter, connection via alligator clips to the car battery directly and solar panels. [caption id="attachment_421" align="alignnone" width="640"] 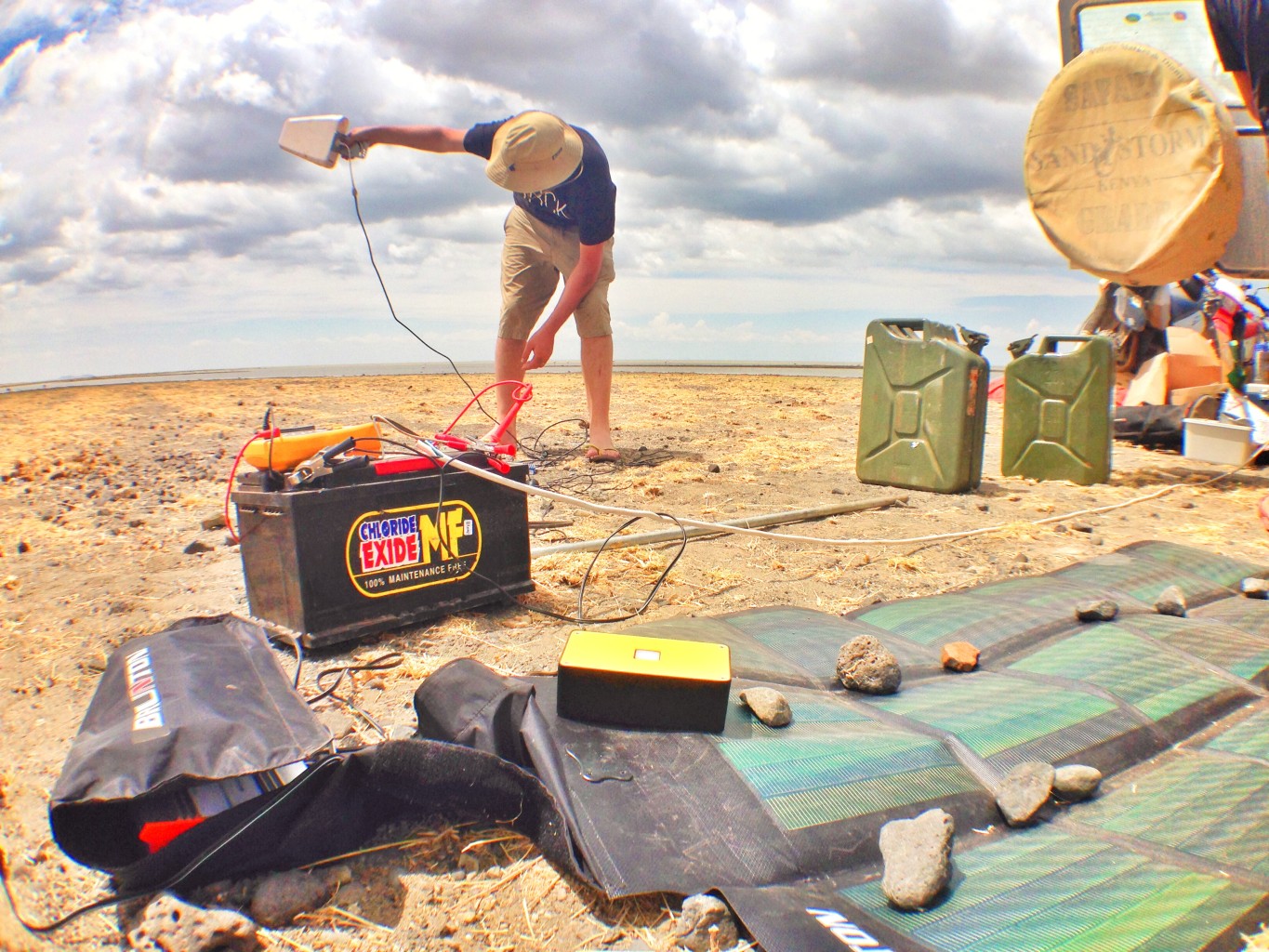 Powering the BRCK in Kenya's northern desert[/caption] The BRCK power specification are the following:

Whether you use the BRCK as your access point in an office, or the BRCK serves as your internet connectivity device for syncing tablets at schools, or you use it as a journalist traveling to out of the way parts of the world, or you use it to send back data from a water pump in a village, we've thought of your problem. Your internet connectivity is not just a matter of finding a signal, it's also about finding power.