Behind the scenes at the Kio + Kio Kit launch

BRCK is at it again. Over the past 48 hours, much has been said about “BRCK Education’s” launch of their flagship products the Kio and the Kio Kit.  The Kio is a ruggedized tablet for African schools and the Kio Kit is a revolutionary digital classroom in a box. It consisting of 40 tablets plus a BRCK+PI acting as a Micro server and then there is the genius behind the packaging that brings it all together. Journalists from every corner of the earth, on Forbes, Quartz, ZDNet, techweez , the blogosphere and techies in general got their fix on juicy tech stats and congratulatory messages galore ensued. 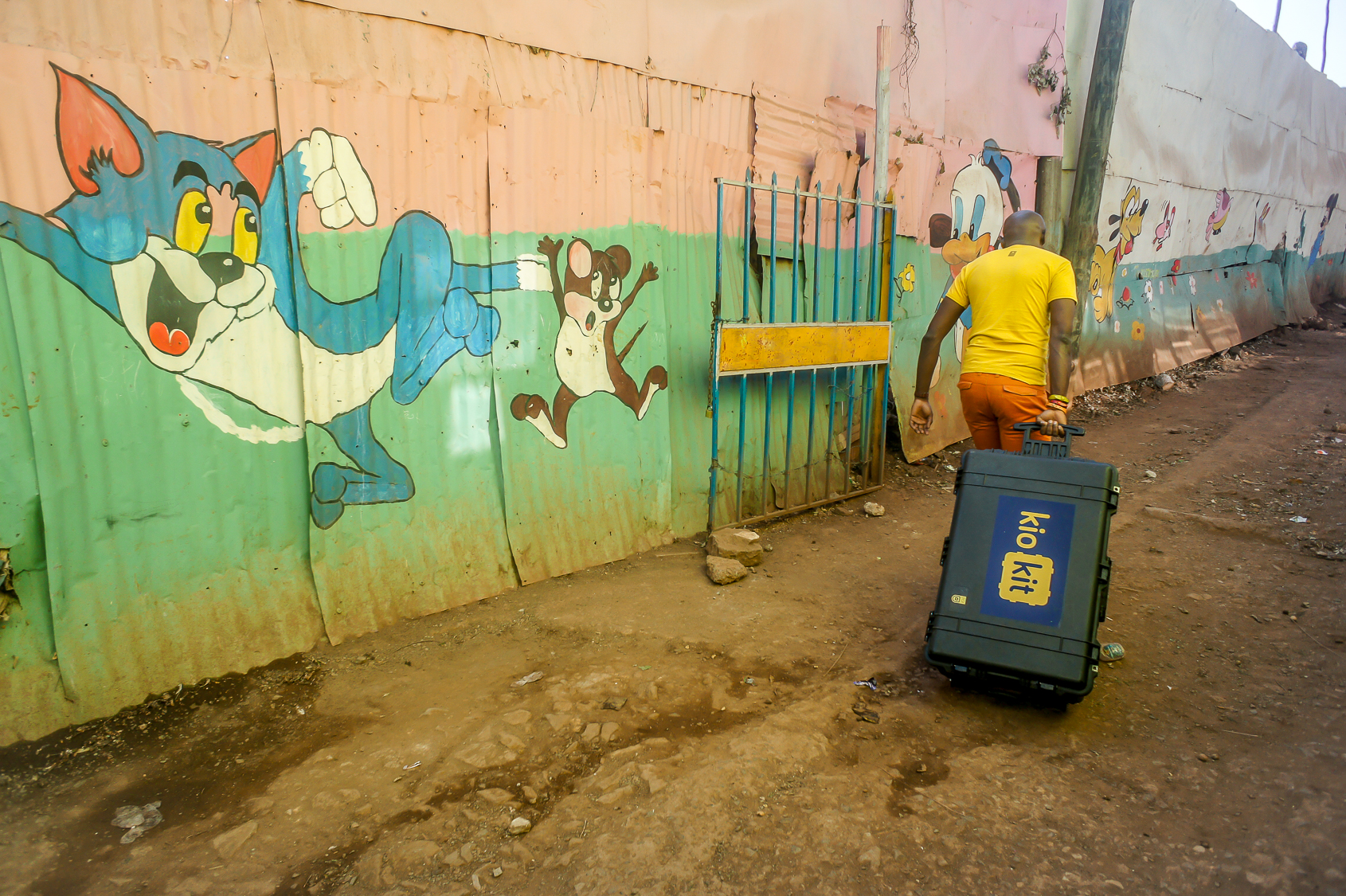 This blog is for the non-techies, the behind the scenes of an Apple-esque product launch, what the product is and why it is a big deal. The journey starts 3.5 years ago with the birth of BRCK a Nairobi consumer electronic company that decided to design and engineer connectivity devices for Africa. Africa has it’s fair share of infrastructure, power and environmental curve balls that make electronics made for other places as severely handicapped as my golf game. So several years later, the BRCK, a ruggedized, dust/drop proof, connectivity-source-agnostic, modem + router has been sold in 54 countries worldwide in 5 continents. It has an 8 hour battery life with 20 devices connected to it making it the ideal way to connect in the Masai Mara, some places in the Scottish highlands and right now as I sit at a Java house at Adams Arcade Nairobi, generally one of the most reliable Wi-Fi locations in Nairobi but today I am greeted by a “Limited access” message on the Wi-Fi screen. 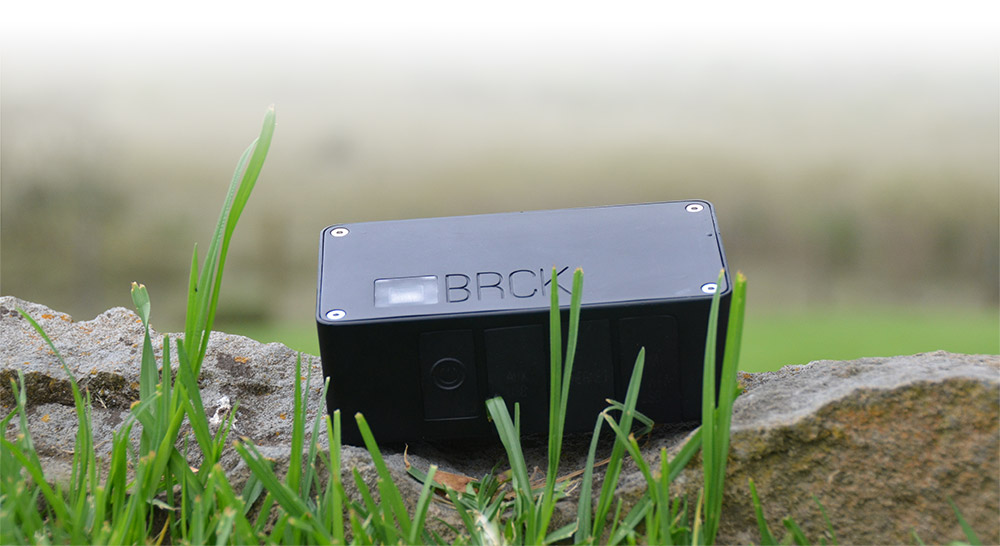 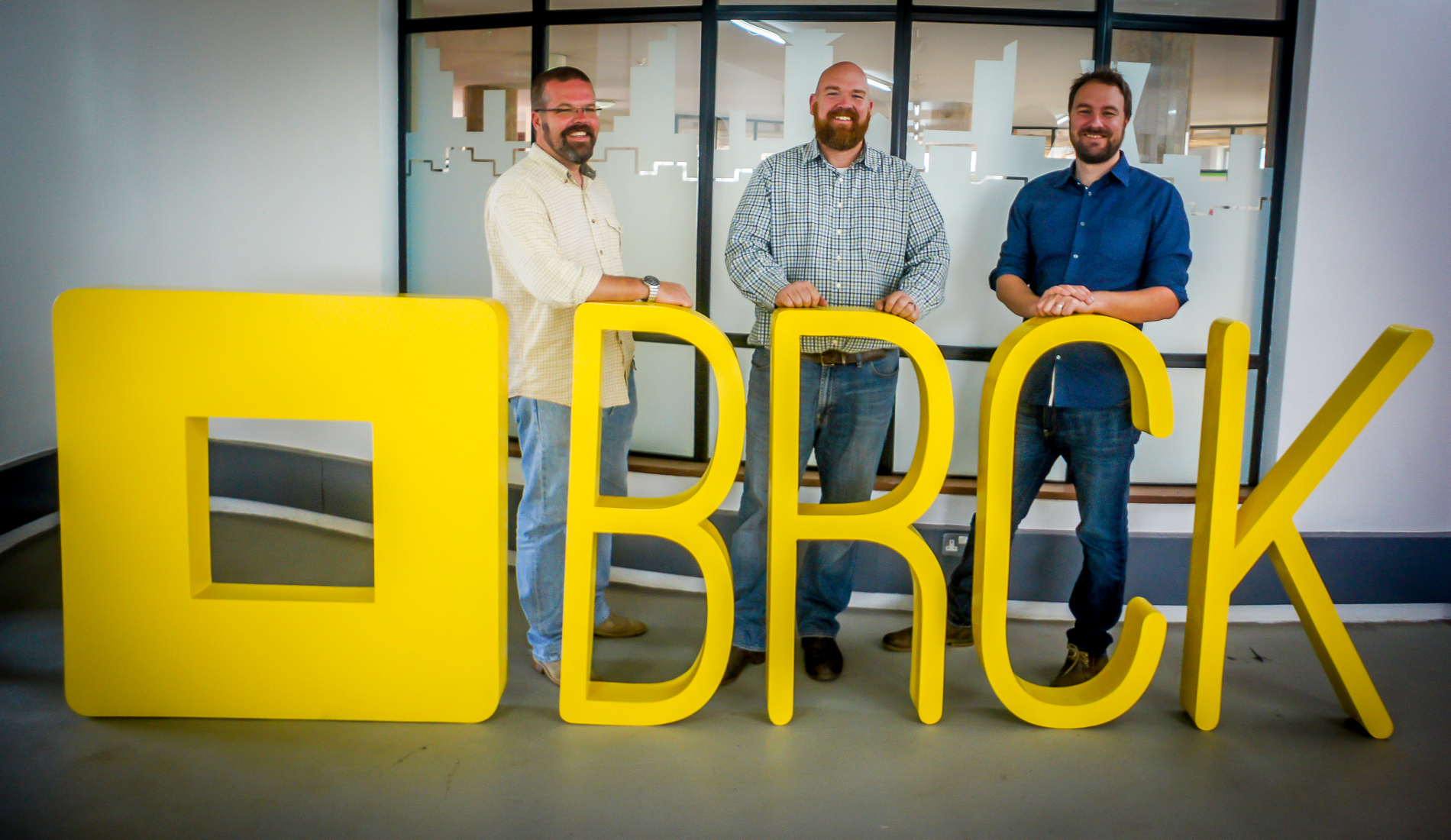 For the backstage pass to the launch, let’s start a year and a half ago, we the BRCK team at this point are working in schools in Tanzania, Uganda and Kenya solving connectivity issues using the BRCK in schools at the edge of the network. The lessons learned from this super cool pilots is that by using the BRCK to cache content, the students got to experience better digital learning. The education space is a dynamic space. We needed a platform that kids could surf infinite amounts of information from the web but cache it on the BRCK. We also needed a platform that could be remotely updated; as we all know PLUTO has A.D.D., it could be a planet, demoted to a moon and partially re-promoted to a dwarf planet in a span of a few months. Whatever that means, kids in a school by the Serengeti should be able to enjoy the drama unfold just as much as kids in New York. 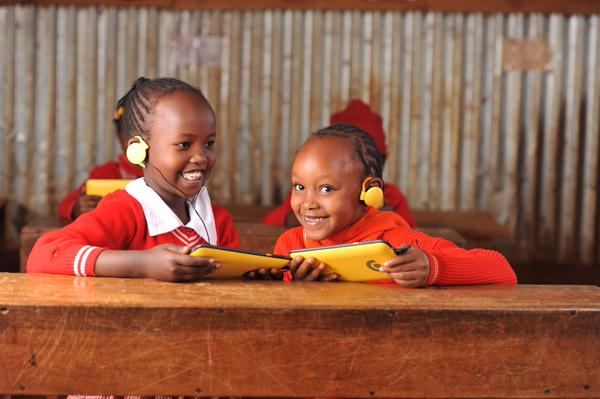 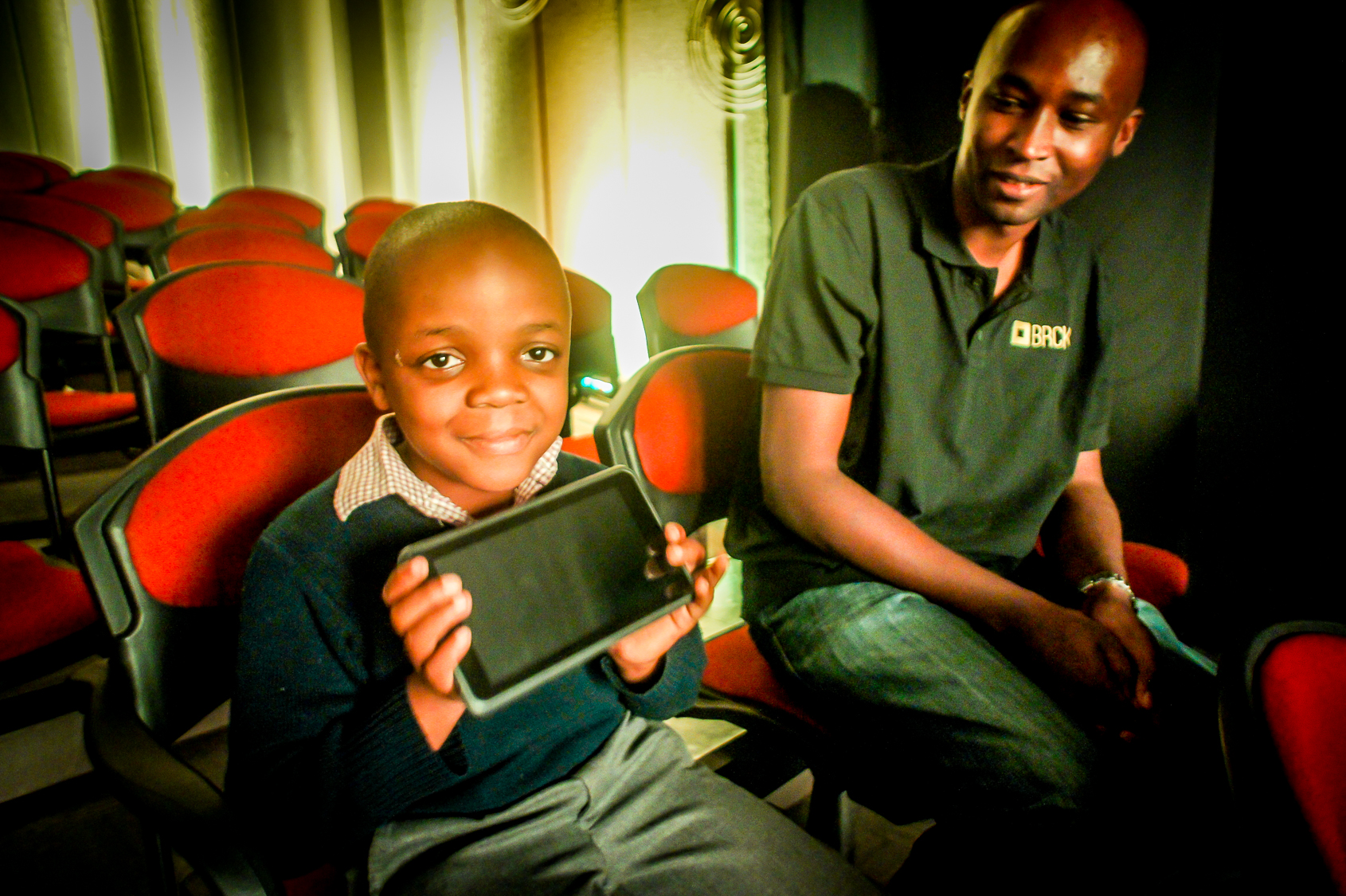 So BRCK did what it does best. People first, Design second and then Technology brings it all together. The BRCK team does no less than 5000 Miles of “adventure” trips a year to make sure that they understand the environment in which they design for. So visiting schools in Uganda, Kenya and Tanzania became a staple for the team. The outcome was the two products that I mentioned earlier. The Tablet was named Kio, and then many designs later, after dropping, breaking, igniting and crashing several iterations, the Kio was ready for prime time. How do we then introduce it to the world? How better than to make a “Tough Mudder” type of video to showcase its robustness. Drop it from over 2ft/70cm onto concrete, pour a glass of water on to it, into dust, finish off with sticky chewing gum fingers, the Kio is ready for whatever Africa can throw at it and it fits perfectly into the hands of a 7 year old. 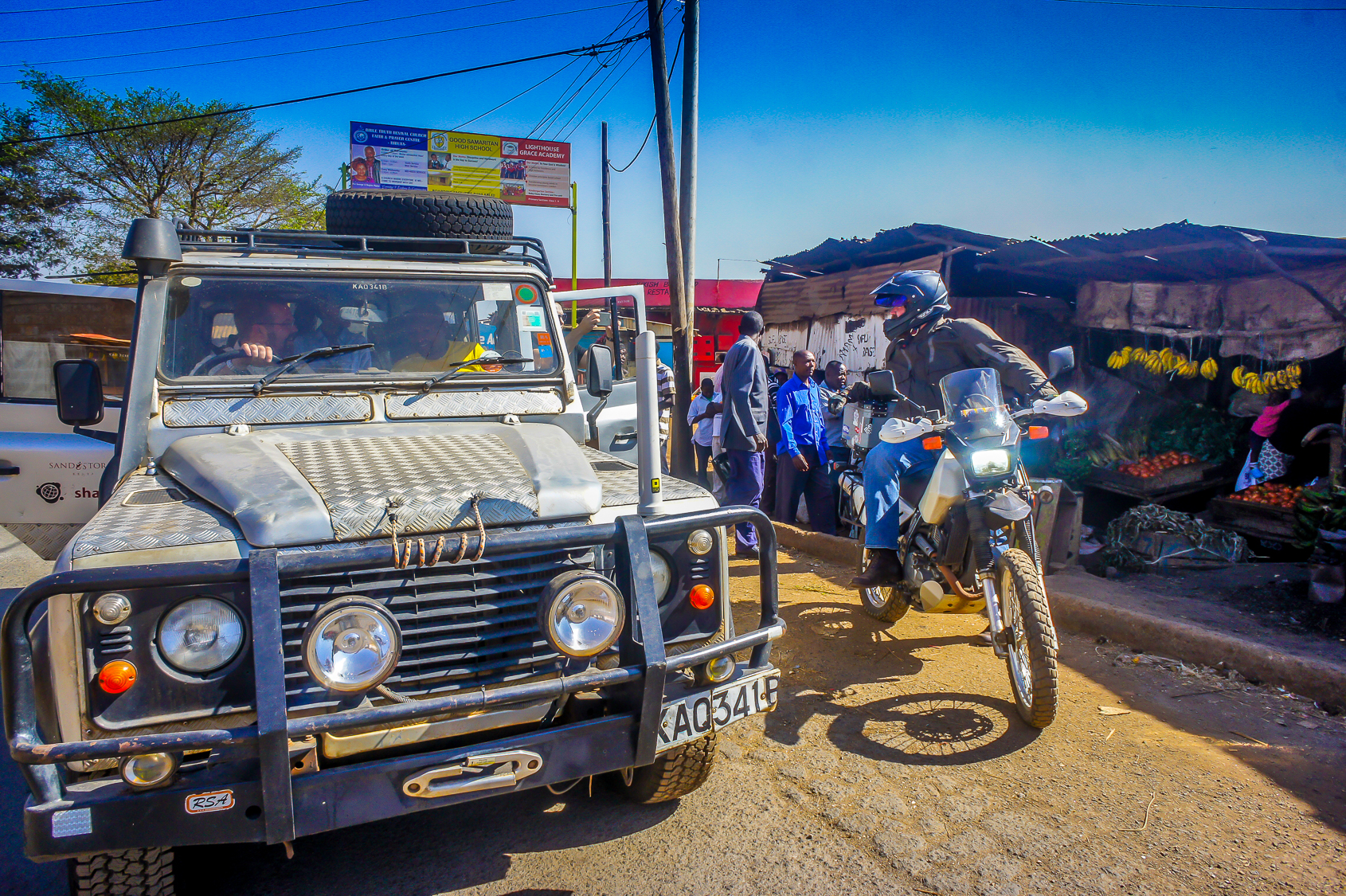 “But building the Kio is climbing half the mountain” – Erik Hersman. BRCK needed to make sure that these Kios are housed, charged and have a "brainiac" of a mother onboard to take care of the children. So a Kio Kit was designed, hardy, waterproof, portable, intelligent, in a couple of words, beautifully rugged. A class in a box that has one power button each to bring both the BRCK+PI and the Kios to life. When turned on, the wireless, induction charging is what techies would call sexy. 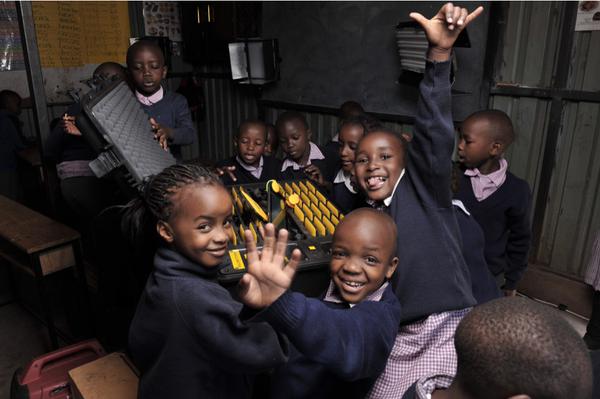 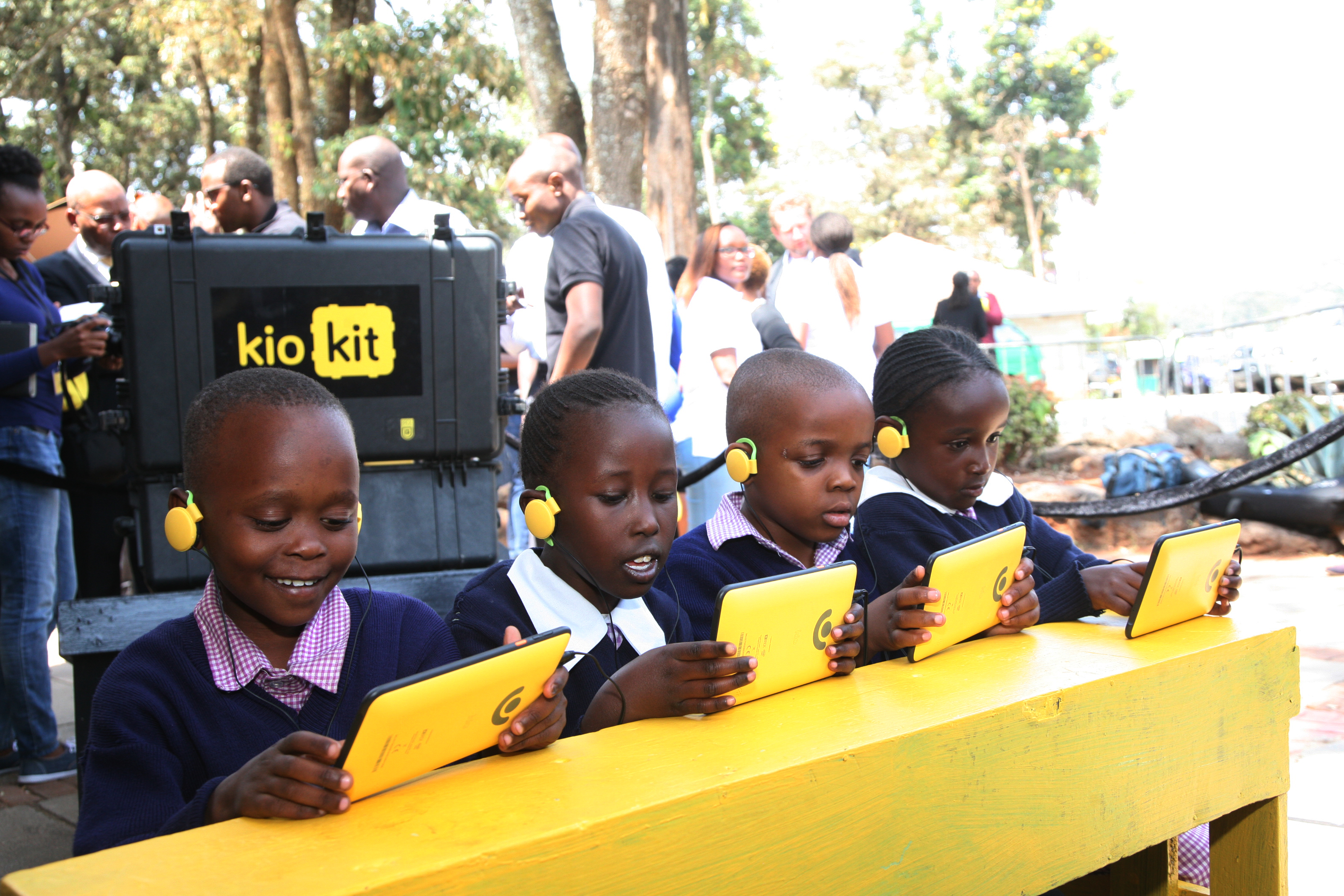 After many sleepless nights, globetrotting to find the best partners in tech and content, the likes of Intel, Mozilla, JP, Pearson, e-limu, eKitabu the Kio Kit was ready to be launched. So now the hard work to find the venue, Event Company, set up design and execution. For product launches, there are generally two schools of thought, the first and mostly applied, is to throw a big party, get everyone totally partied-up and boozed up. The problem is that you get to be the most talked about company in town but for the party and not the product. The second approach, which is what Apple and Tesla do and BRCK is following closely which is to unveil your product in a well-choreographed event and let the product speak for itself. 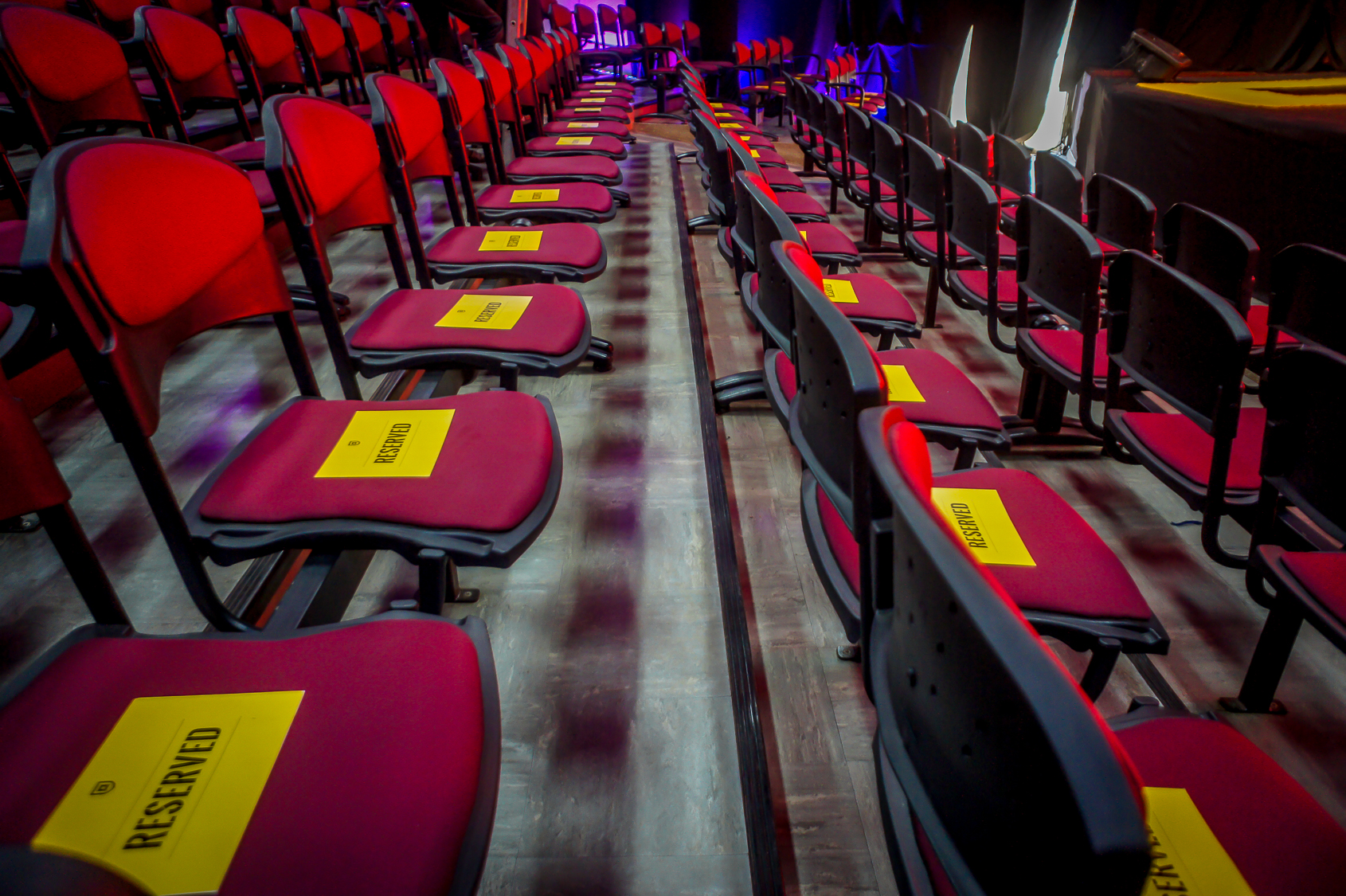 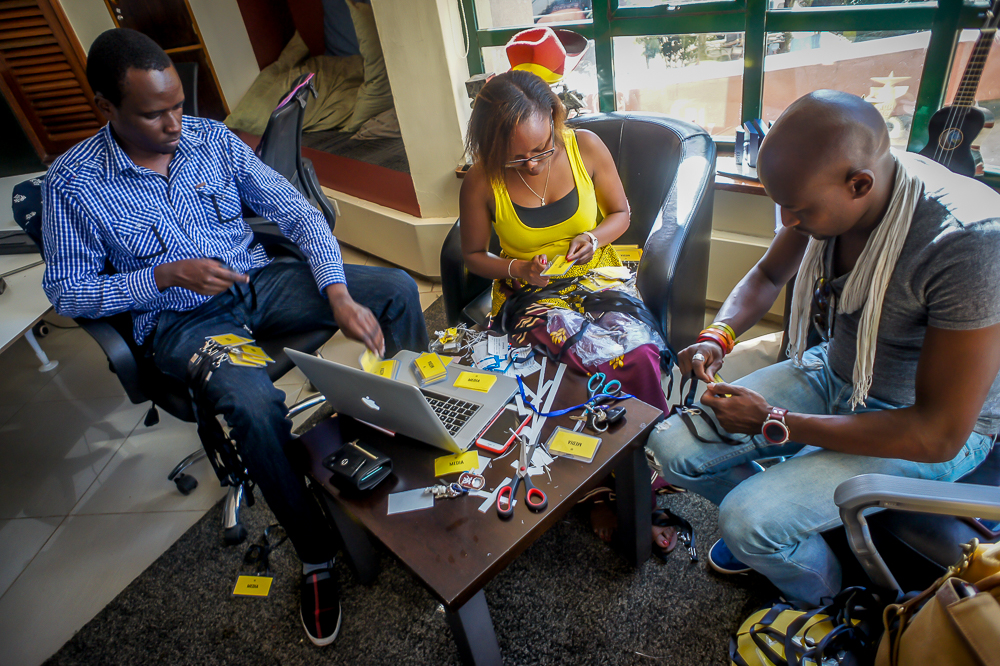 Enter Nivi, President of BRCK Education and Angie, the Program Manager, the two most efficient machines in multi tasking, planning and coordination. Several white boarding sessions later and a 22 page excel spreadsheet of plans nothing is left to fate. Invitations, guest lists, venue, program, transport, catering, lights, camera and action all accounted for. Then the larger BRCK family went to work gnawing at the huge launch piece by piece. Design, print, packing, moving, building, decorating, early mornings, late nights, a diet of coffee and pizzas, pretty soon the day was upon us. 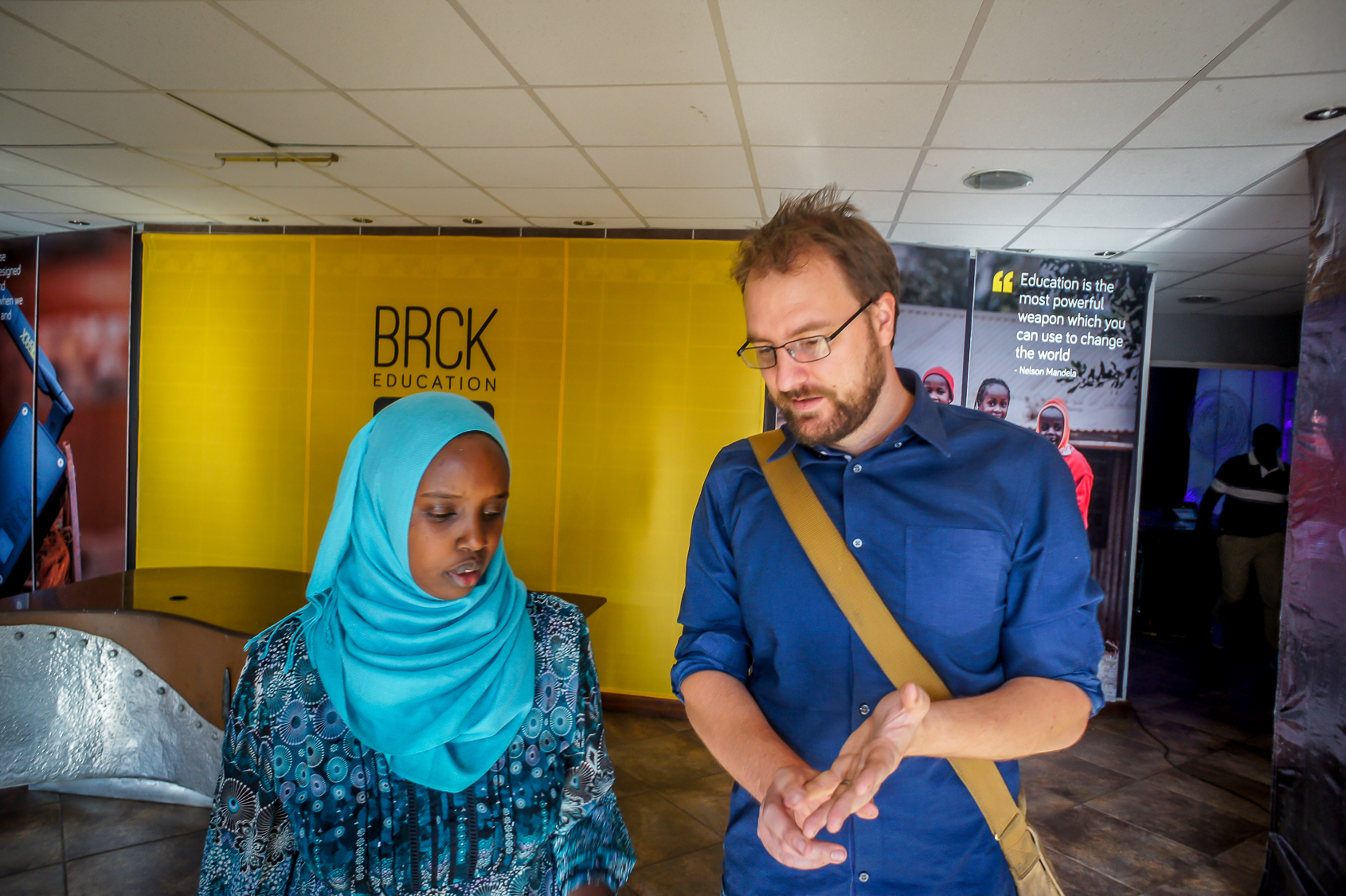 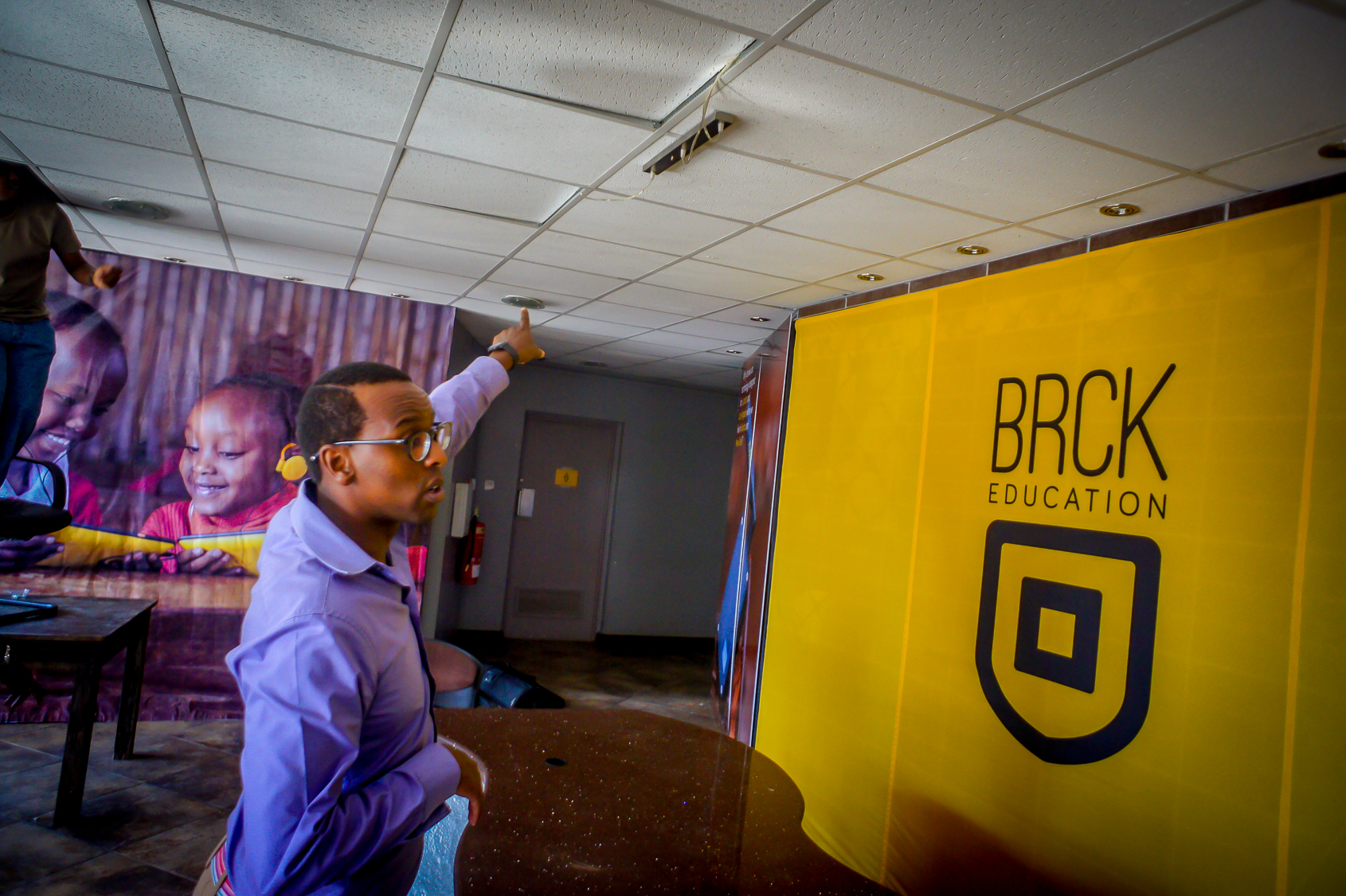 The event went on with the precision of a world class event, Forbes, Quartz, Twitter and the gambit in attendance, you can go there for the glitz and glam. As a behind the scenes blog, I will dwell on the things that were not going as planned. The first thing to cause us a sleepless night was the foam plastic K from the big BRCK logo tumbled off stage breaking into a million pieces at 4pm the day before the launch, our fabricators had to perform magic to replace the K. This is just one of several more hurdles to jump, dry runs, team meetings, more pizza, several ubers and we went to sleep really late. 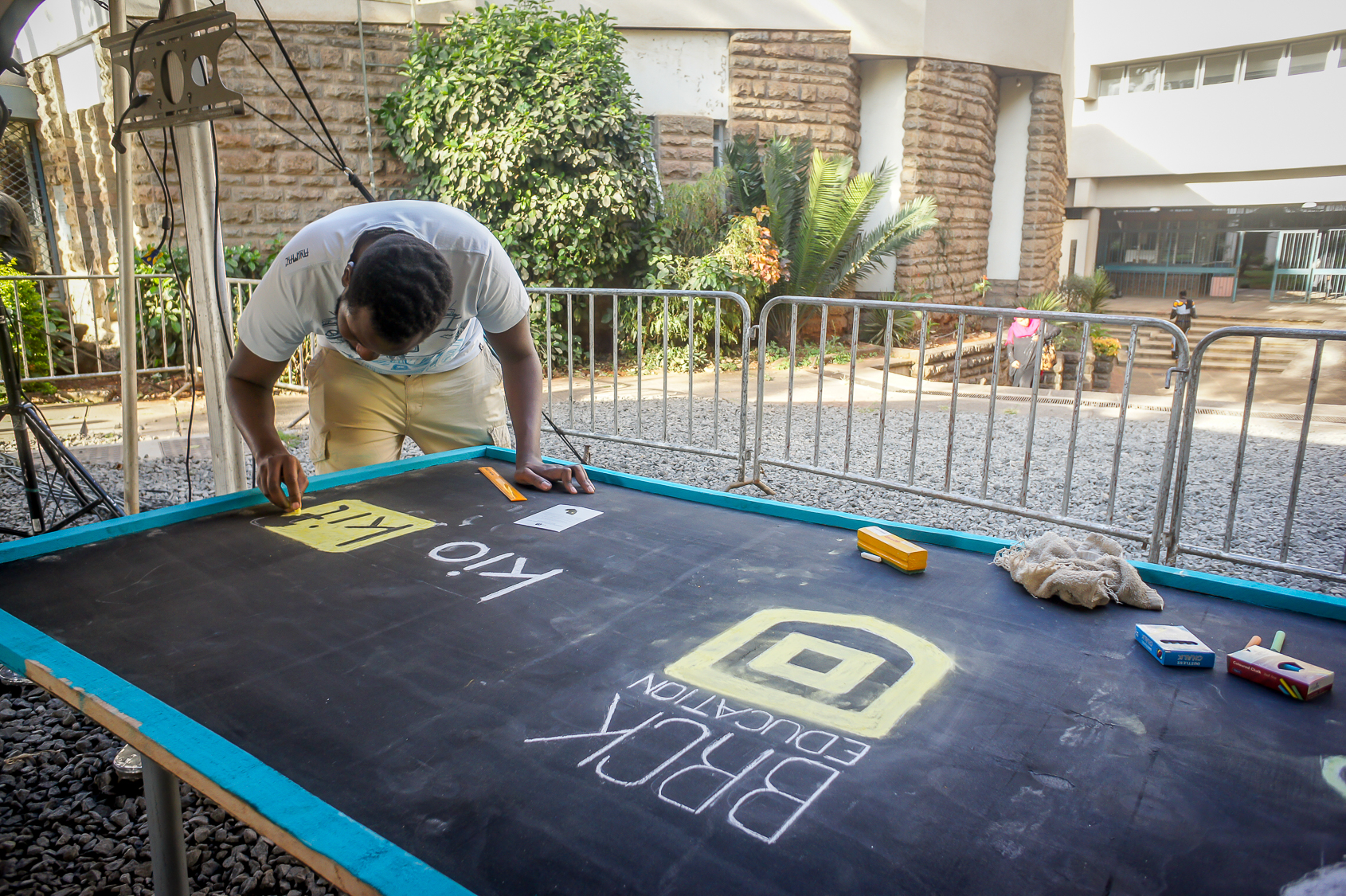 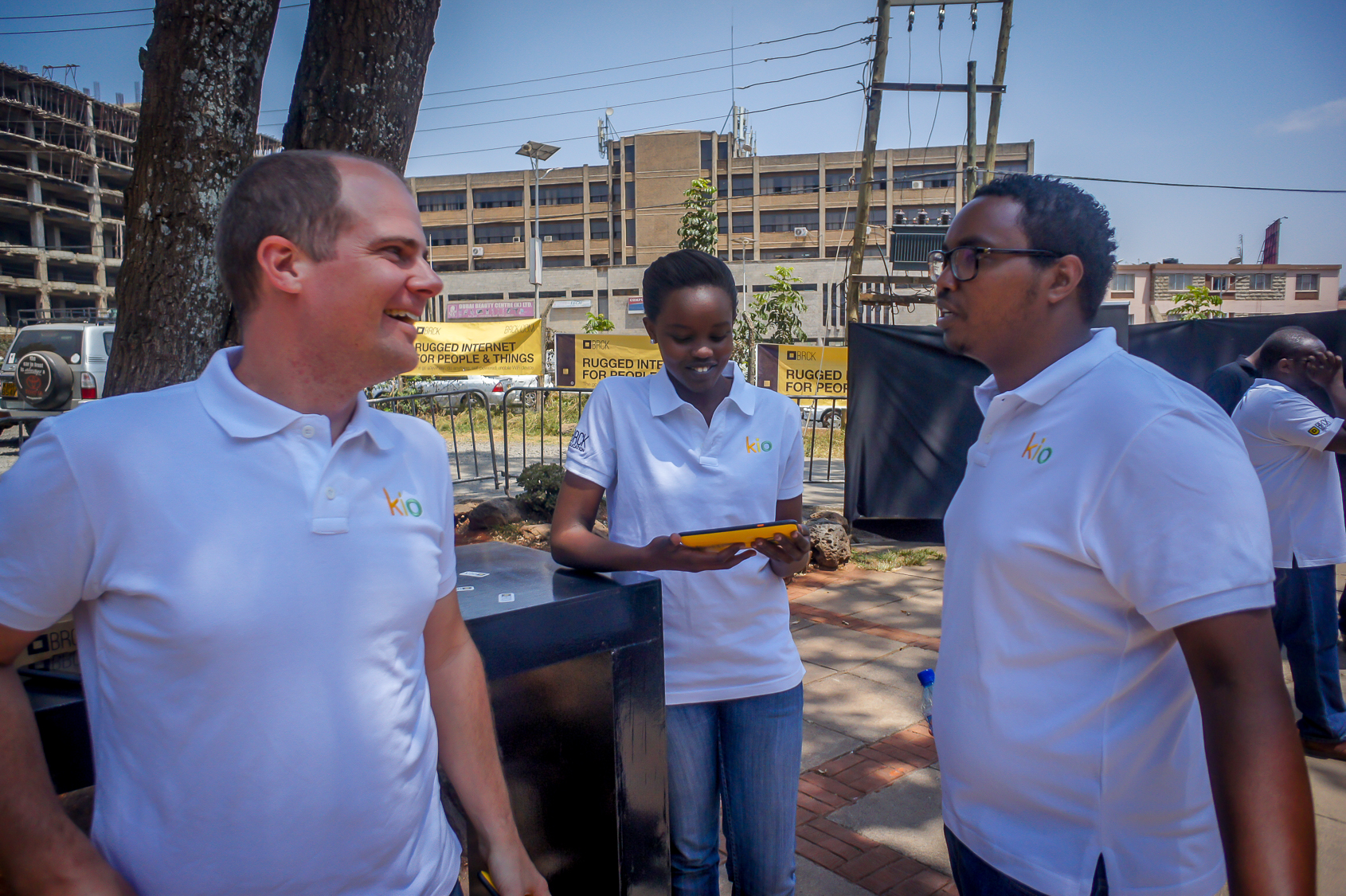 Early Tuesday Morning, Erik Hersman the CEO sent a wake-up call to everyone at 6:27am. An hour later the team was applying final touches to the space, fresh coffee from Pete’s a much welcome kick-starter but that big locomotive of an espresso machine tripped the whole electricity system crashing it minutes before the event started. Saved by the bell, the awesome event company (HomeBoyz) came through again by providing fusing and stop gaps. Another disaster averted. The guests came in ready for the BRCK Yellow carpet. Many smiling faces, friends, family, the press in large numbers, guests from all walks of life including the class one school children from our piloting schools. Soon the show and tell was in full force, partners being recognized, product unveiling, a few loud EDM songs, captivating presentations and wowing videos. 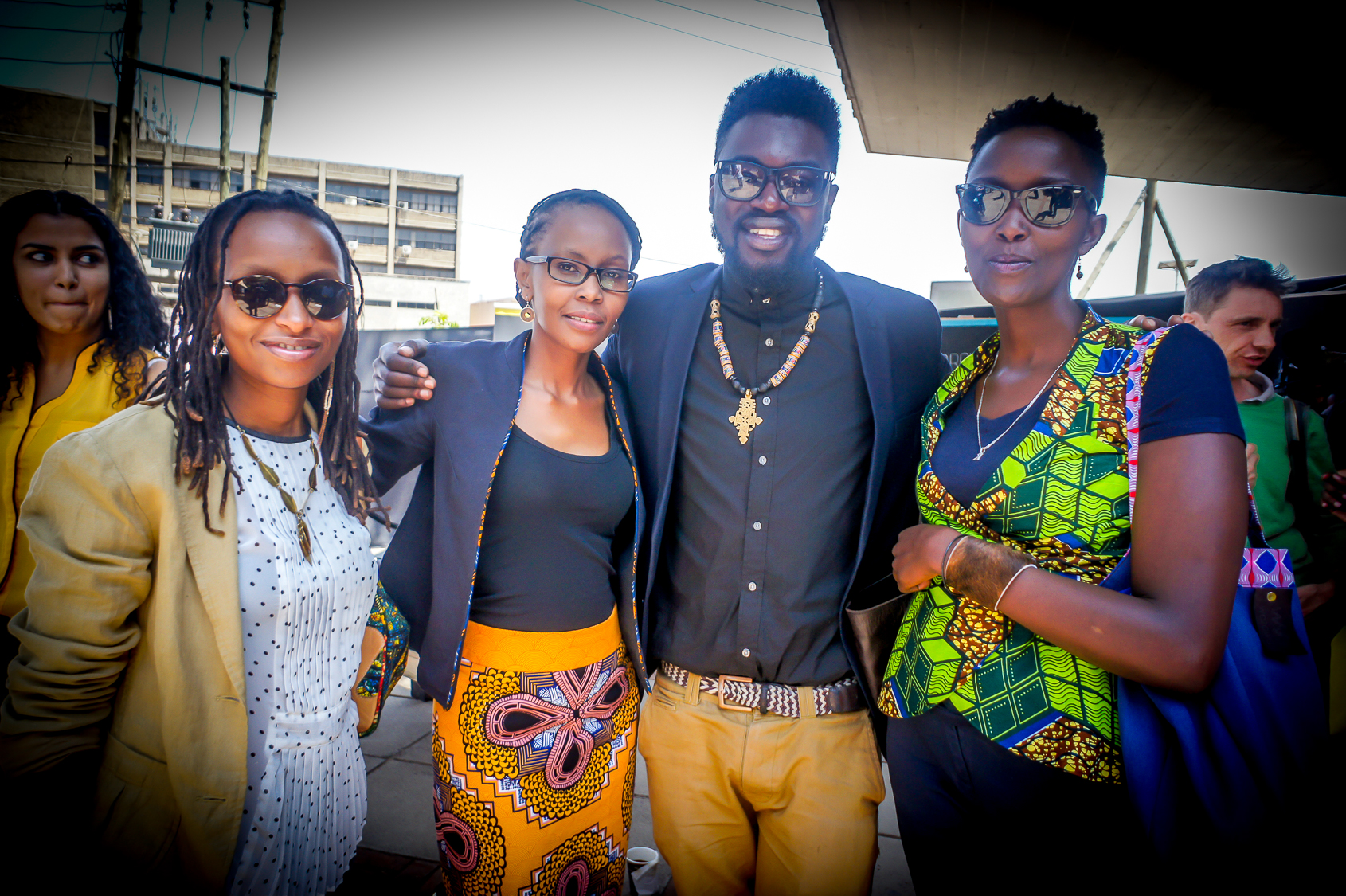 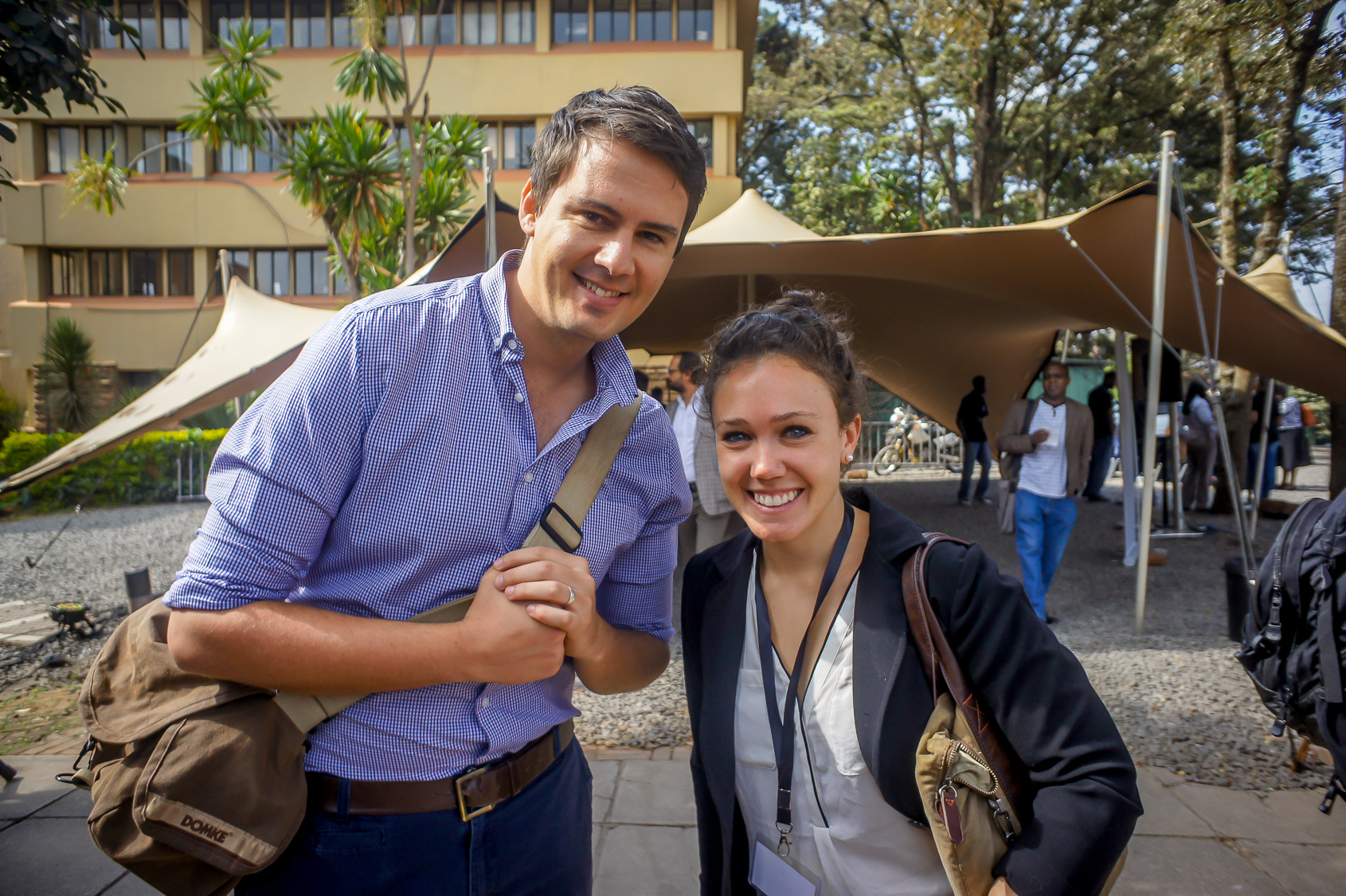 Finally how better to showcase the product than walking out of the auditorium to find a full classroom set up with the kids learning, growing and playing on the Kios with the Kio Kit in full display. Everyone had a chance to look, touch, feel and get up-close with the products. The BRCK team at the ready to answer all the questions. 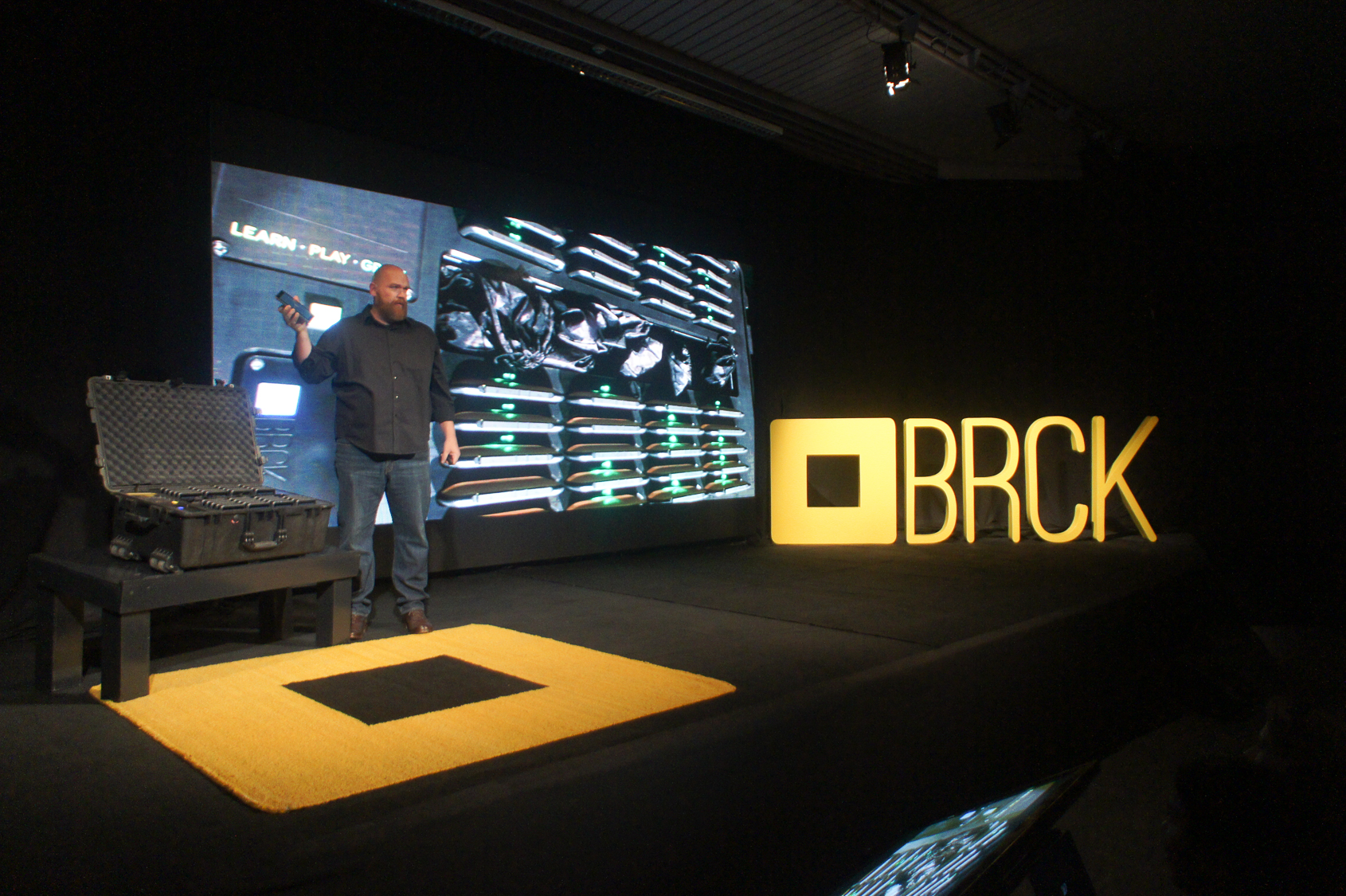 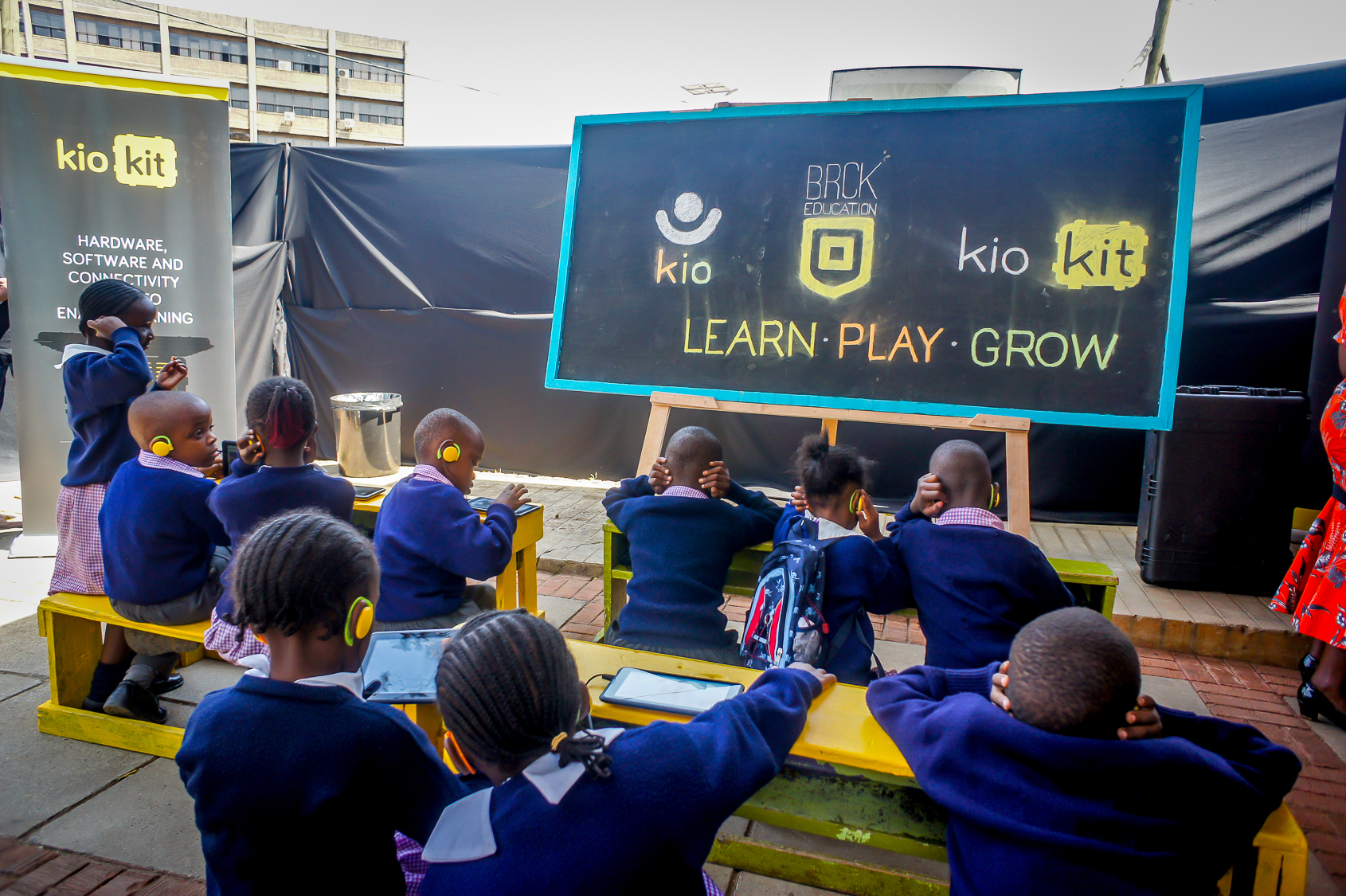 In conclusion, Education in Africa will never be the same again. It is time for a kid in sub-Saharan Africa to be able to enjoy videos of Africa’s child Elon Musk’s rockets going to the space station just like the kids in the Palo Alto area. A few people were concerned about the way to finance these Kits but I am not afraid of that. Already there is exciting interest from some schools, the awesome CHASE BANK KE has a no interest loan to schools and several pioneers like African Wildlife Fund are deploying Kio Kits to schools in Uganda, Ethiopia, Congo and beyond. I was quick to remind people that the Kenyan citizen is called Mwanainchi which means “child of the country/soil/earth” so together, we will see this dream of digitizing our children through to fruition. END 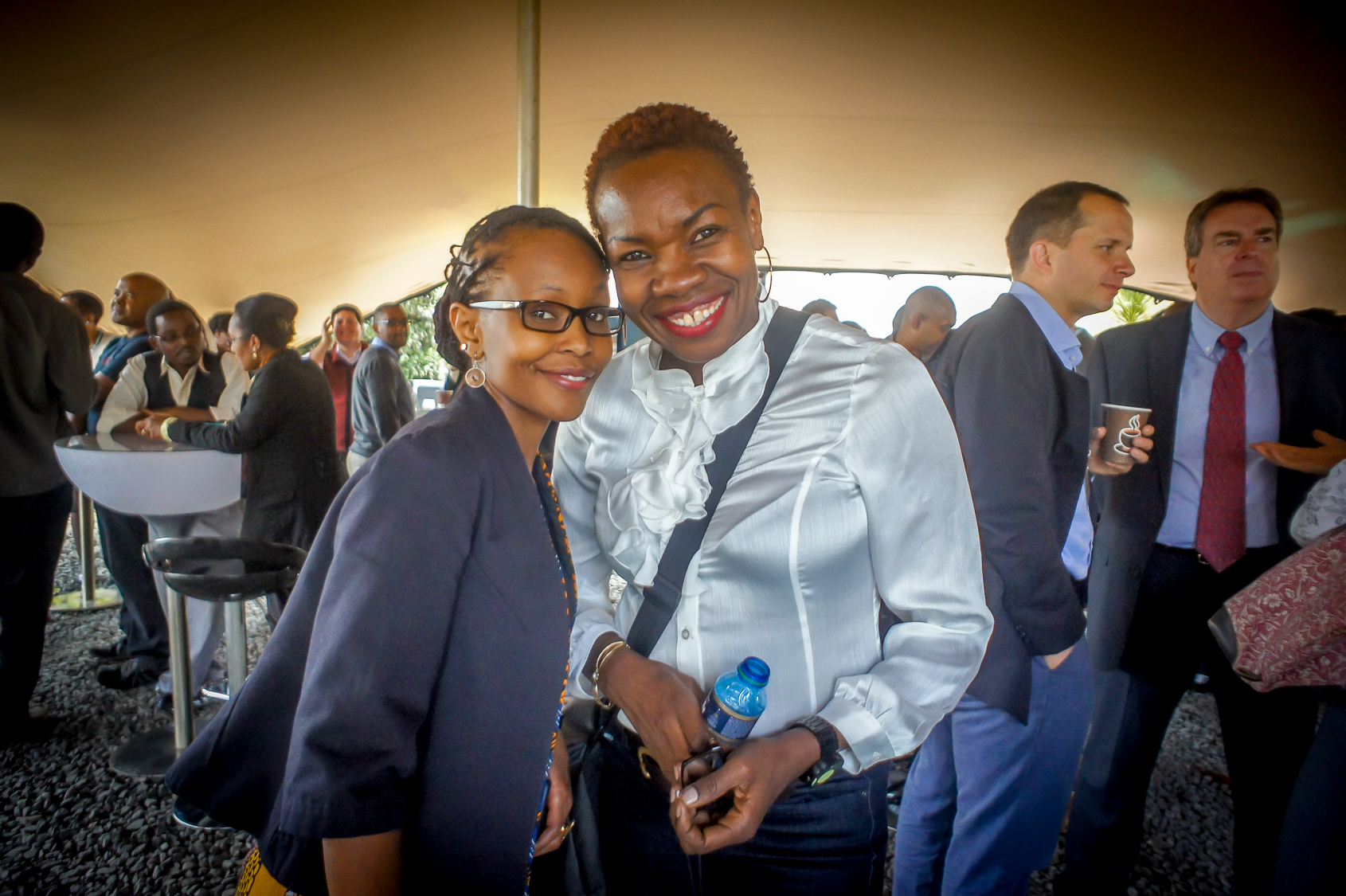 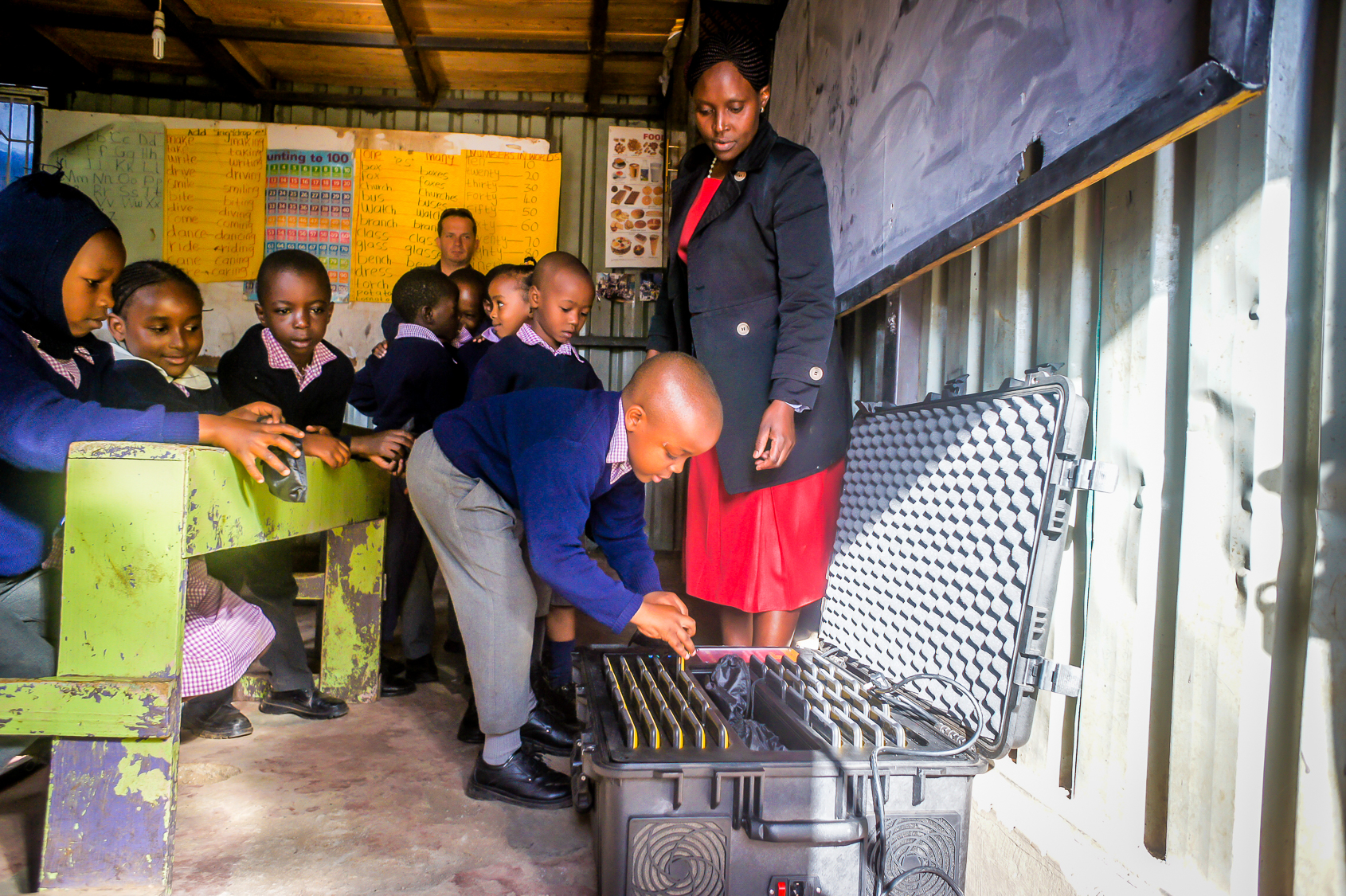 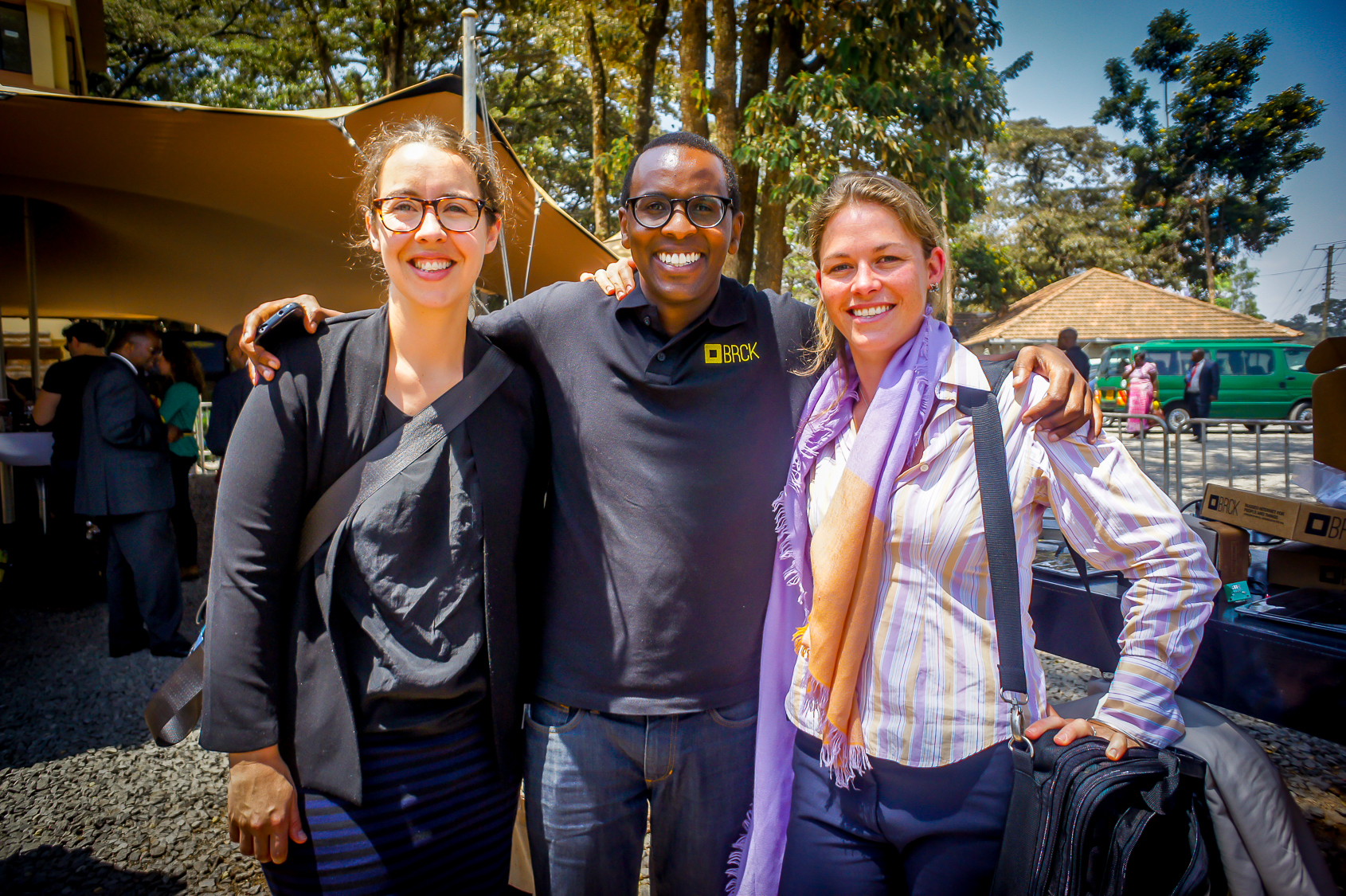 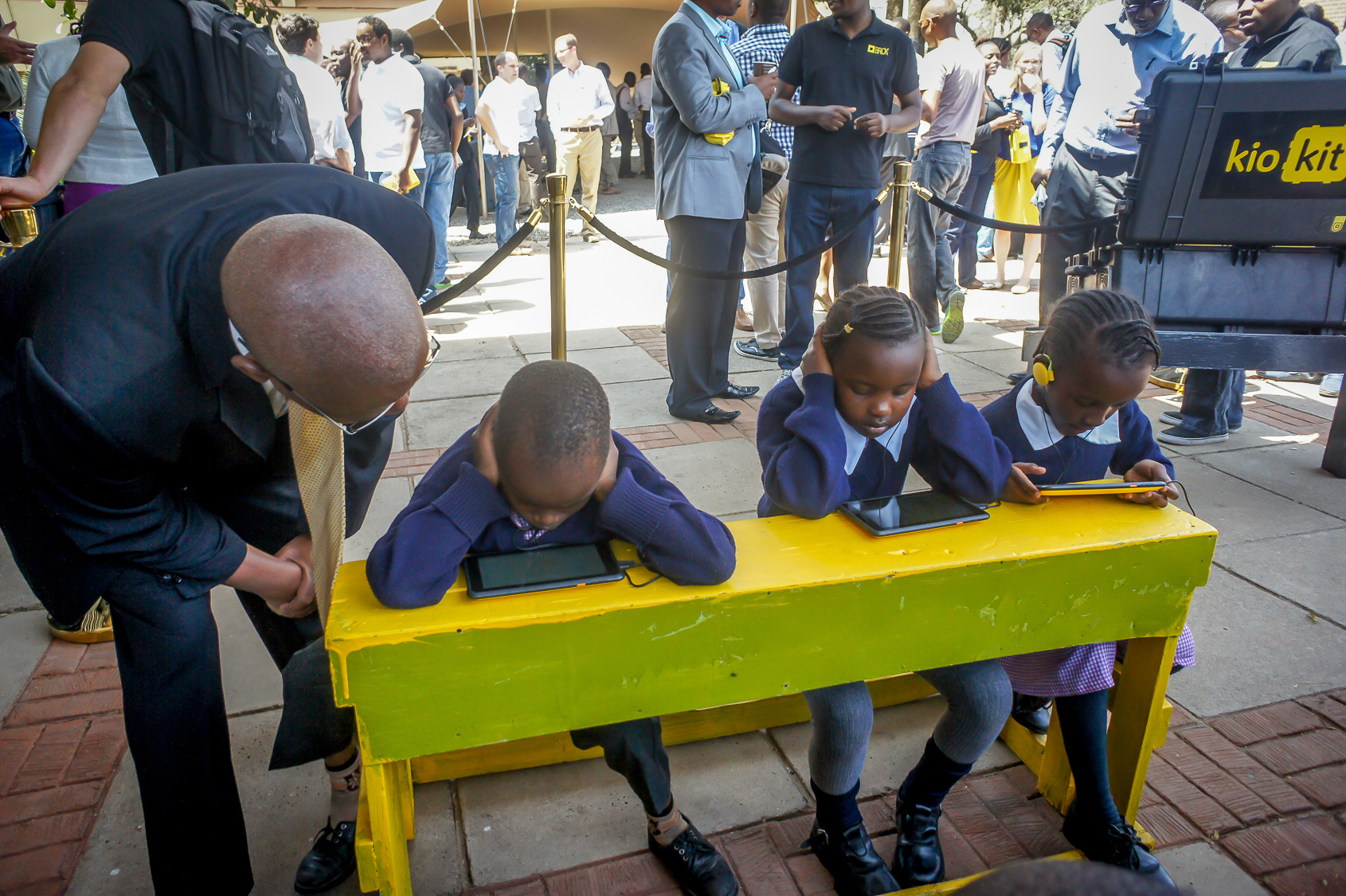