We board flight UNO 405H at 0730 hrs from Wilson Airport and 1hr 45 mins later, we are at Kakuma Town in Turkana County. Have you ever seen photos of Turkana people? Most of the photos show a bunch of men and women, boys and girls, young and old Turkana people with short, thick and kinky hair smelling of sun. Do you know how the sun smells? Neither do I. They are usually in their best clothes which are ironically their everyday clothes. This is not the case in Kakuma Refugee Camp. The Kakuma refugee camp is in Kakuma Town and is buzzing with activity. The camp was established in 1992 to accommodate refugees from Sudan but was later expanded to accommodate refugees from Somalia, Ethiopia, Democratic Republic of Congo, Rwanda, Burundi and Uganda. According to the latest UNHCR statistics, the Kakuma Refugee camp hosts more than 100,000 refugees.
[caption id="attachment_3038" align="aligncenter" ] 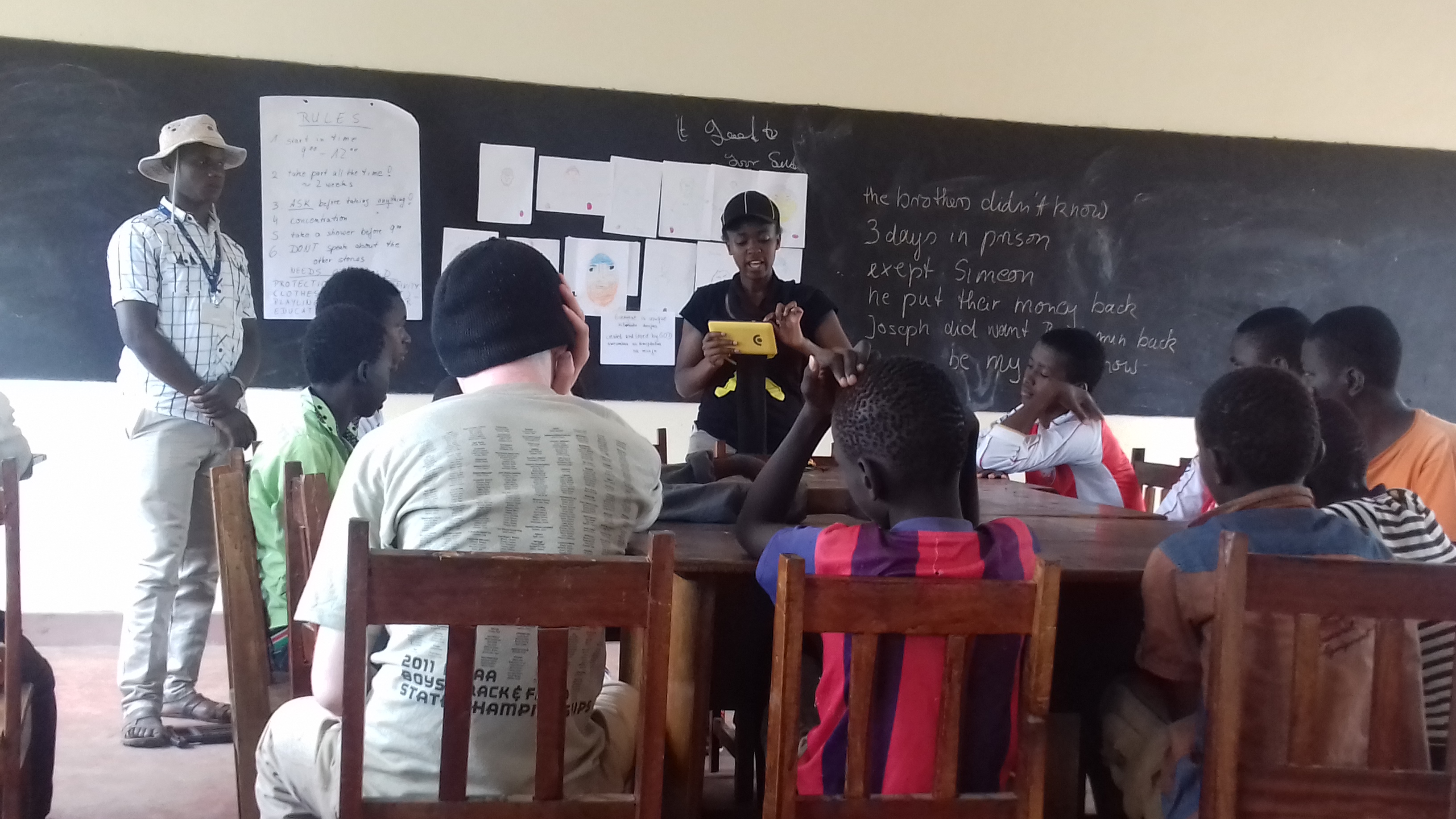 Janet introducing the Kio Kit at Amani Boys' Centre[/caption] Janet and I are here to deploy the Kio Kit at the Amani Boys’ Centre, a boys’ rescue centre which is run by Jesuit Refugee Services (JRS). The temperatures are high. Francis, our contact in Kakuma hands us a bottle of water when we arrive and advises us to stay hydrated. The camps where we will be spending the next two days is a fenced and secure area with nice concrete rooms and a kitchen. Soon after breakfast we leave for the Jesuit ICT centre where refugees are enrolled for ICT classes. It is an organised institution with two computer labs each with close to 20 computers. This is where we are going to train Paul, the systems administrator at the centre, and his team of 5 including Greg St. Arnold, the Regional Education Coordinator Eastern/Southern Africa. On day two and we drive to Amani Boys’ Centre, which is 10Kms from Kakuma Town, for training. Janet introduces the Kio Kit to the boys who are between the ages of 6 years and 19. Having grown up in harsh conditions both from their home country and in the refugee camp, 70% of the boys in the centre had not interacted with a smartphone or a tablet before. [caption id="attachment_3040" align="aligncenter"] 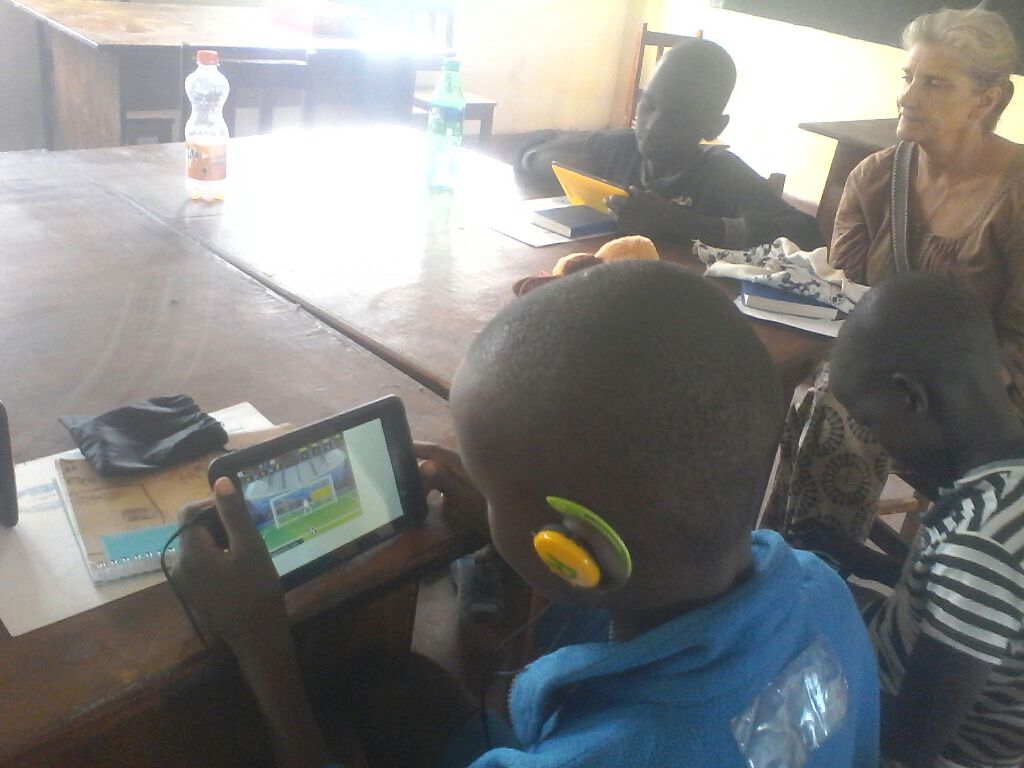 Some of the boys with Kio tablets[/caption] They were curious to learn and interact with the Kio Tablets which made the training easy and enjoyable and in less than an hour, the boys had learnt how to navigate on the Kio Tablet. The trainer- Felix Otieno- starts training the boys with the choice of content like Mr. Nussbaum Games. [caption id="attachment_3039" align="aligncenter" ] 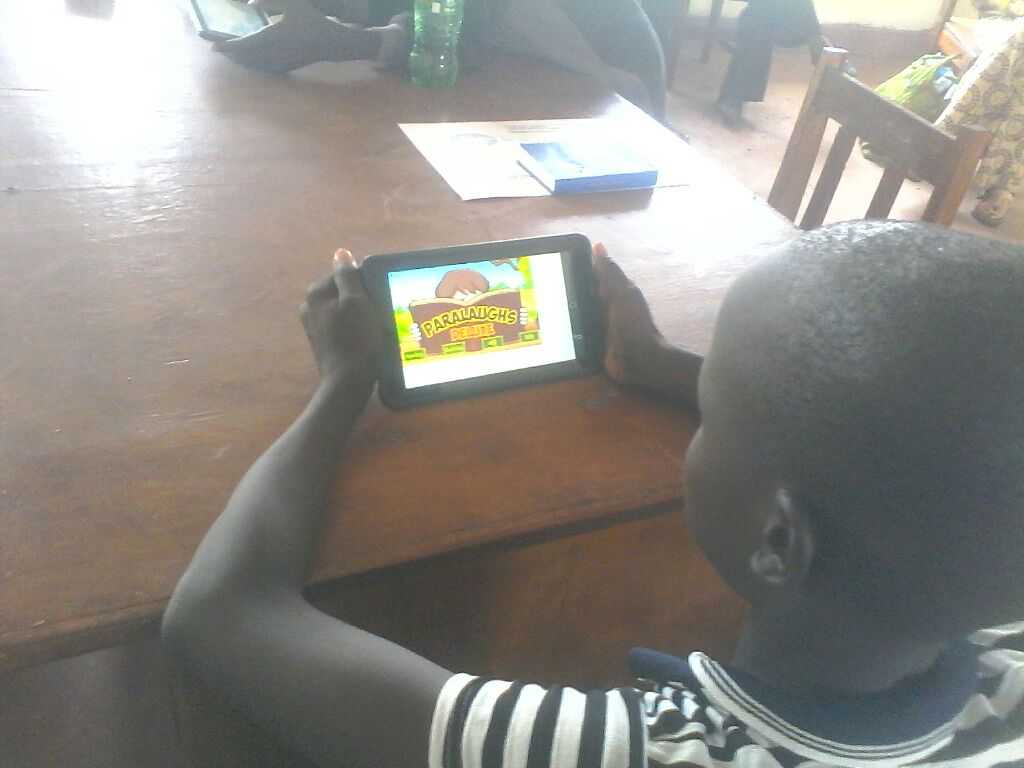 Interacting with Mr. Nussbaum’s Paralaughs Game[/caption] The best thing about the sessions for the boys was that they thought they were just playing, not learning. Yet over the few days we were with them, we noticed how much more confident they became in class and also with using the device.