Of Dhows and Drones

Increasingly, tech companies are moving to Shenzhen, Taipei, and Seoul. At the same time, BRCK is getting itself further and further into the remotest parts of Africa. We are a unique company, and we have a unique perspective on tech that makes life mostly hard, but ultimately fulfilling. We talk a lot about ‘You can do hard things.’ However, now we’ve come to the realization that ‘We make things hard’ is becoming just as true. But it’s our customers that do harder things. 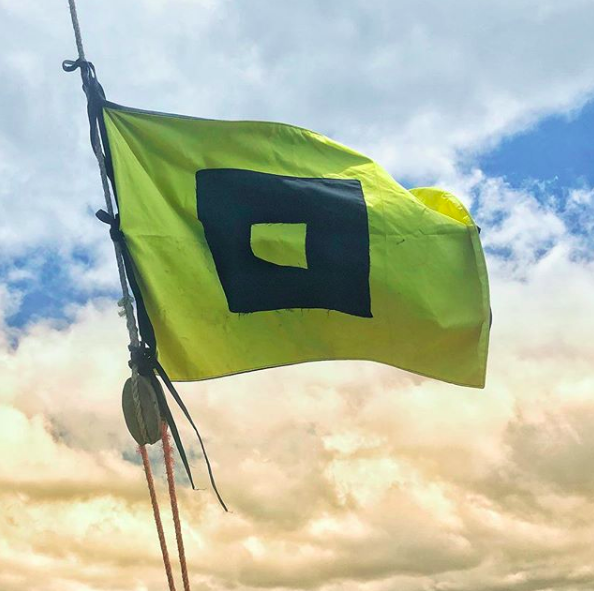 Coming to Pemba has given the team here a glimpse of island life and the challenges that come along with it. The goal today was to install a small weather station at the lighthouse on Pemba. We’ve installed these weather stations before in various places, including on Mt. Kenya, and this was a good excuse to test the new PicoBRCK V3. PicoBRCK is an IoT gateway and edge node. We’ve been working on this now for a few years, slowly perfecting what it means to connect sensors in some of the remotest parts of the globe. The weather station we’ve used as the base is mostly unexciting, however, the PicoBRCK is. The V3 now includes remote OTA updates, onboard flash storage, and even lower power usage than before. But what we learned was completely unrelated. Arriving at the lighthouse, Liz and Birir began to prepare the weather station. The team had shipped some new base firmware, so we needed to do a manual upgrade of the device before putting it online. First thing to do was to download all the tools to flash the firmware, so out came the SupaBRCK and within moments we’ve got the truck set up as a mobile hotspot, a quick skype call back to BRCK HQ and we are off again. 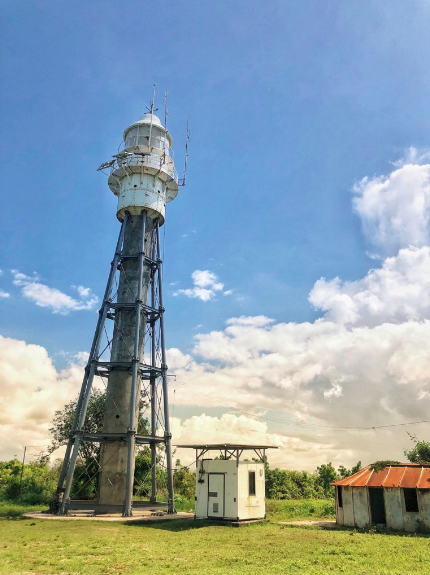 We’re more privileged than most. Travelling with SupaBRCK has meant that we’ve had pretty constant access to communication, something that isn’t a reality for most here. Without the SupaBRCK, we would have never gotten the firmware updated, and the weather station would never be up. We need to make our offline tools work for those who are offline. We’ve been building online tools for a while, and in building those out, sometimes it's easy to forget that you’re a long way from online a lot of the time in remote areas. Sometimes that little bit of information can help you get connected faster. 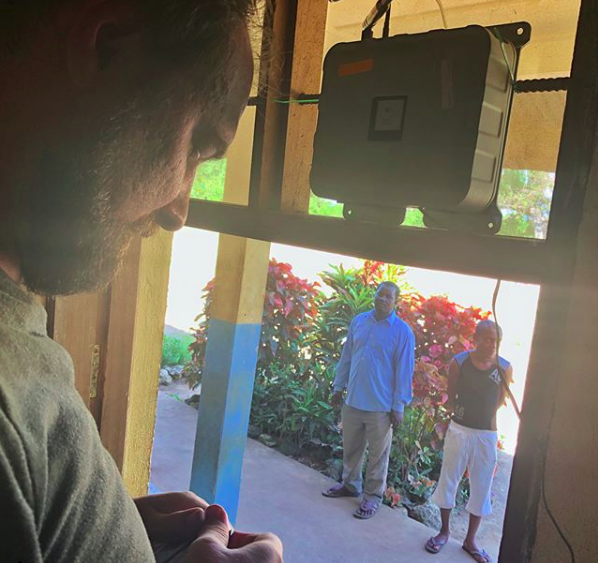 Once we had the system set up, it was about getting it up and reading real data. Mark, who’s spent a lot of time in Tanzania, was set to talk to Yusef, the lighthouse keeper, to get his blessing. Well, it turns out we didn’t have the approvals we thought we did, and we had to improvise to make it work.

Lesson 2. Flexibility is critical when you are expecting the unexpected.

When we got permission to mount the weather station, we had to work out how to mount it. One of the great things about PicoBRCK is its small size, but the weather station was bigger. We’ve been thinking a lot about different options for mounting the PicoBRCK and the SupaBRCK. However, sometimes in the office it's too easy to think about standardizing everything, and trying to force our installs into simple boxes. Mounting the weather station involved everything we had in the toolbox, every zip tie we had and scavenging U-bolts from every antenna. Deploying with all eventualities in mind, and the ability for the hardware to be flexible is critical. We loaded up the daladala’s again with all the gear and people and set off to the new digs, Verani Beach, our home for the next three nights. Everyone got sorted out, went for a swim, and chilled out for a bit. Brandon from the Good All Over team got out the drone and headed out over the ocean. 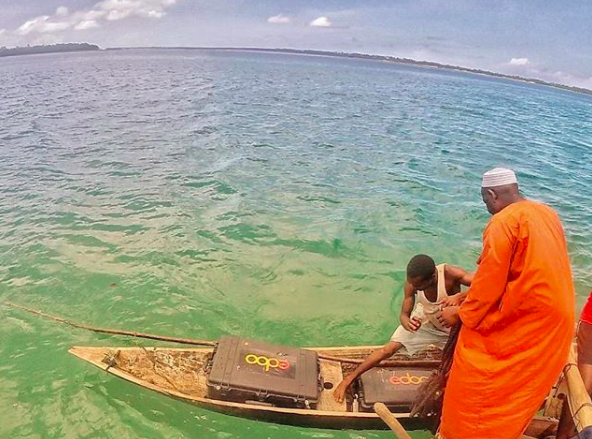 Splash! All of a sudden Brandon bolted up and ran at full speed towards the sea, a few people looked up, but no one connected his urgency with the splash of moments ago. Minutes passed and finally the penny dropped that Brandon was chasing the drone as it bubbled towards the ocean floor. Six of us jumped up and chased Brandon down. ‘He’s got it… come the f#$k back!…’ repeated from the shore. We hauled the drone out, and Brandon, exhausted from 300m of race-pace swimming and countless repeated dives needed hauling out as well.

A DJI Inspire drone is an amazing piece of machinery, designed in Shenzhen, the greatest electronics and robotics community in the world. It wasn’t meant to be field stripped on the sandy coastline of Pemba, hundreds of miles from the nearest oscilloscope, but we knew we had only a few hours to strip it down and get all the salt water out of the complicated electronics, bearings, and mechanisms. We carry a lot of tools with us, but we did not anticipate the 300+ screws of 10 different types, from M8 hex bolts, to M2 pozi’s, and M3 Torx drives. We were laughed at by the guys working on the Land Rover, with their 10mm spanners and a single screwdriver. Tonight we’ll attempt the recovery, without wrongly sized screwdrivers, and see if we can get this thing back in the sky for the trip home. It’s been an interesting day, full of engineering, personal, and team challenges. We’ve succeeded in getting our objectives done, but we’ve learned a lot today about how to make BRCK products world beating in our part of the world. Why do we use technology designed in New York and London and Shenzhen for problems in Nairobi and New Delhi... and Shimoni?