This BRCK expedition to Pemba has been two years in the making, and in that time my mind has often considered what it would be like for me to come back to this place. When we left over three years ago, it truly was in a blaze of glory. 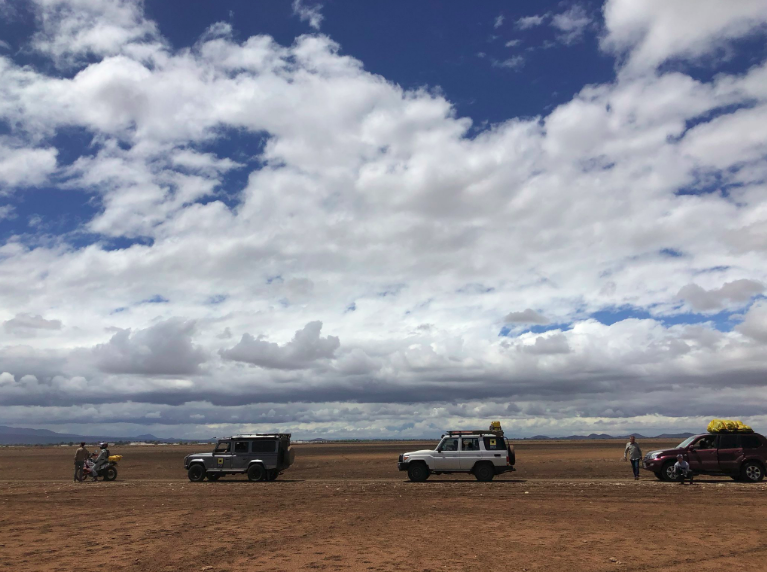 After accepting a new job in Nairobi, we took a final four weeks on the island to pack up and say goodbye, and somehow that last month seemed like a final Good Riddance from Pemba to us, and the same in return. The transformer in our village blew out, and spares from the Zanzibar electrical company were just not coming. Those hot and difficult weeks were spent running a small Honda generator day and night for power, dripping as we packed and planned. That time-frame saw me arrested by a colleague in order to settle a debt between him and hotelier, a deal which I had negotiated and left them to resolve. That stressful dispute finally settled, just a few hours from our departure, and us still sweaty from the many trips to and from our house and the port to pack all of our belongings intro trucks, followed by boats, the brakes on my Land Rover seized on the road to my workshop where I was headed for one final goodbye, and I rolled in with the front hub in flames. With the car still on fire, I rushed into the workshop, and grabbed the fire extinguisher, which I hadn’t needed in our five years of life in Pemba, and extinguished our faithful Landy, realizing I’d have to abandon the car for good, still smoldering, and to sweat it out - perhaps forever - in our wake. I wished good friends farewell, but the island had sent me off in a bitter fashion. First to the seaport to send all our worldly goods to a new life and new adventure, I boarded a plane for the same, and with all the hassles behind me, I was glad to be leaving for sure. At the port, I remember remarking that this was the last time I’d transport four truckloads of luggage between the port of Wete, Pemba and the port of Shimoni, Kenya. Last Sunday however, after nearly 11 hours on the road to get from Chyulu Hills to Simoni, I found myself packing up yet another jahazi, this time in reverse, heading from Shimoni to Wete. After five years of transporting furniture from Pemba to customers in Nairobi, the process of moving people and cargo through the port was well known. Three years later, I knew the system hadn’t changed, but thought maybe some of the people had. 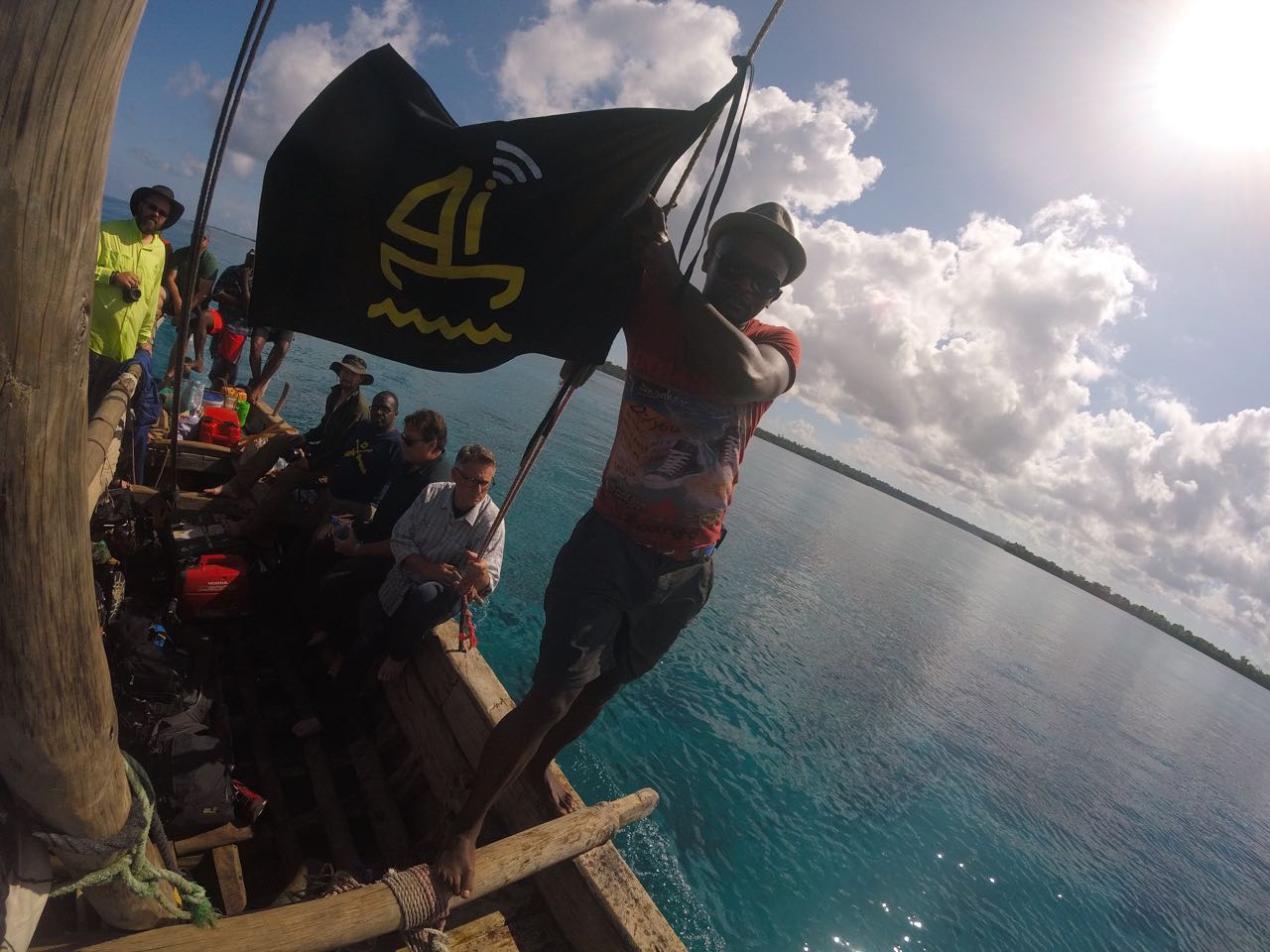 After introductions and declaring the intent of our journey to the immigration officials in Shimoni, we began the arduous process of stamping passports and collecting paperwork for the onward journey. We had to clear with the Kenya police, the marine police, the customs officials, and the revenue authority. One clearance document seemed to be slipping from our grasp. After waking the relevant officials in KRA, we were informed that the form C32, used for importing/exporting vehicles over the border, had never been used in Shimoni before. In a port that dealt with seagoing cargo, a registered Kenyan car or motorcycle had never been taken through the port. We were told they could order the forms from Lunga Lunga, about an hour’s drive to the Tanzanian border, but with it already being 10 PM, it wouldn’t arrive until Monday. We weren’t to be dissuaded or disheartened. A long, winding journey to wake up the owner of the only cyber café/print shop in town allowed us to download the proper form from the internet, print off four copies; two for us and two in case some other foolhardy souls decide to follow in our footsteps in the future. After finishing the passenger manifest and submitting it to the maritime police, the ship captain, Hamadi, and I started the negotiations for the trip. After realizing that they hadn’t brought the size boat we had ordered (jahazis are slightly smaller, wooden sailboats than the much larger Mashua we had been hoping for) and after seeing how much space the kit of a film crew, 16 people, and two motorcycles can take up, we both agreed we were going to need more room or a bigger boat. The perpetual hassle of trips like these are not without a spot of luck from time to time. Another ship captain who was loading coconuts into his boat at the time was headed to another port on the northern tip of Pemba. After 20 minutes of haggling back and forth we came to an agreement and two motorcycles and eight of our passengers would ride with them, and we would sail together to the port of Vumawimbi. 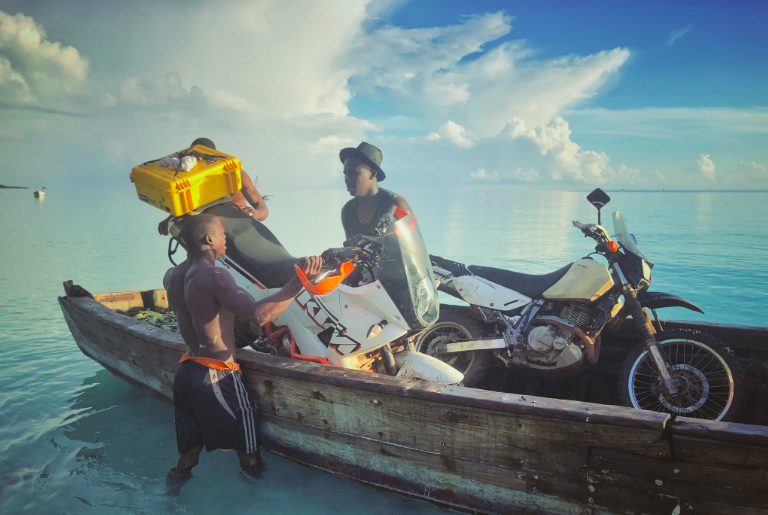 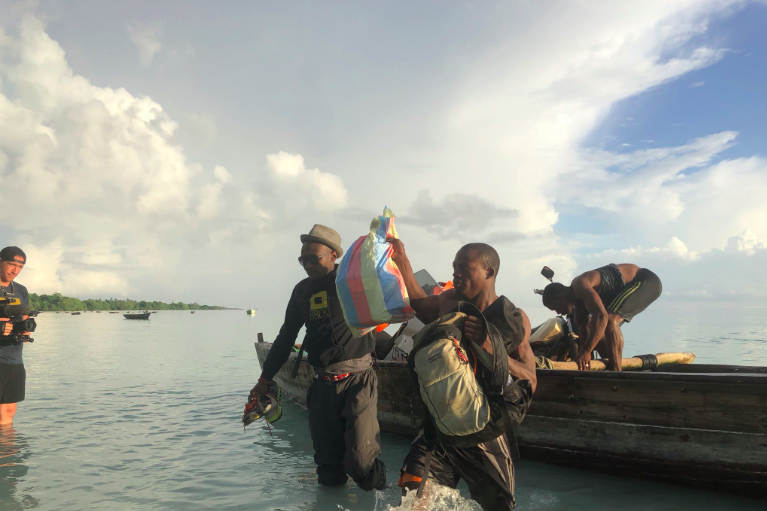 At 1:30 AM, only about 30 minutes behind schedule, all 16 people, two motorcycles, and all the camera bags, tents, food, and personal luggage were loaded, and we weighed anchor and set off for Pemba. After rounding Wasini island, the small landform off Shimoni, we headed out into the open ocean, navigating by the stars, south to Pemba. About two hours into the journey, the dim, pulsating light of the Kigomasha lighthouse began to shine in the distance. Reassuringly beckoning us to our destination across the channel, from the top of a 120-year-old rickety steel structure, where two days from now we will put in a PicoBRCK weather station to collect weather data from the area. 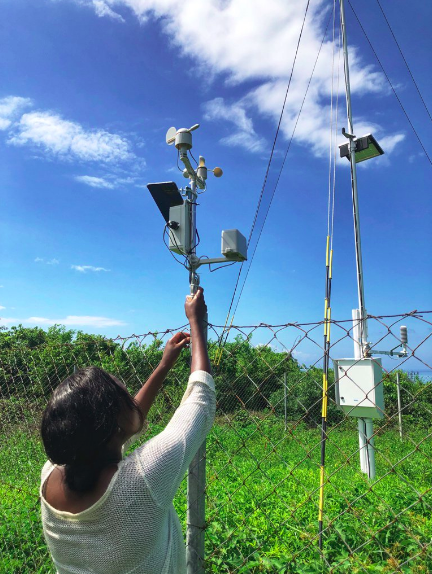 We pulled into Msuka Bay and into the calm waters and white sands of a quiet Vumawimbi Beach just before sunrise, to find our daladala waiting in the shade of an old muarobaini tree. At 6 AM, the reunions began. Our driver was an old friend of mine that had driven ox carts and lorries to my shop many times during our time in Pemba, bringing trunks and logs to the sawmill, and hauling away finished products to ship to customers, wherever they may be. 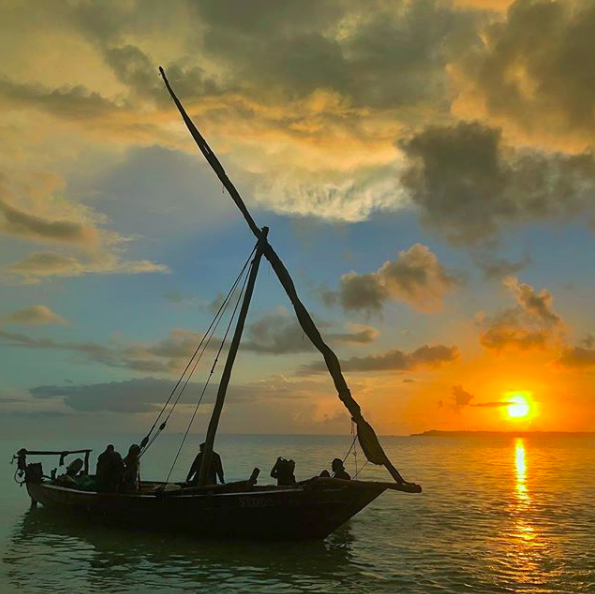 After the boats were unloaded (no small feat!) we headed off to Wete by road to clear customs and immigration properly, and to make our ‘official’ arrival into Tanzania. After nearly 24 hours on the road from Chyulu to Wete, we finally dropped our bags at a friend’s house, and dropped the Good All Over crew at the guest house where they’d be staying. Having missed a whole night of sleep, everyone set about getting a little bit of rest - much needed for the saddle-sore motorcyclists and those with knots in their backs from five hours of shifting and straining to get comfortable on bags of coconuts. A few hours of shut-eye/siesta and recharge, and then up again to tackle the next few days of testing BRCK product in another logistically challenging locale, this time with the waters of the Indian Ocean surrounding us on all sides. Coming back to Pemba has been like coming home. This time, though, with new eyes, all that is challenging feels like an opportunity. All that is hard rings as worthwhile. My life has had its seasons. I have seen ease and difficulty as it ebbed and flowed. The tide, which inevitably goes out, also comes in again. This time, it brought me with it, and it’s wonderful to be back.