I can barely move my legs anymore right now. I guess I deserve all of it for choosing to climb Mt. Kenya without any training in the days leading up. Instead, we were spending late nights at the lab coding and building two picoBRCKs that we took with us up the mountain. Despite not feeling my toes afterward (I know it could've been worse) , I'd say the expedition was totally worth it! 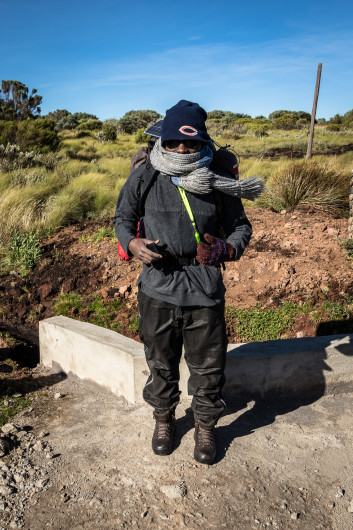 We learnt a lot up on Mt. Kenya... Including how to recognize Canadian humor. But more importantly, we figured out more ways of making picoBRCK better when we tested its limits.

As you can imagine, the climb wasn't very kind to us, we were after all trying to conquer the mountain, it had to resist. On our way up, one of our potters fell and got seriously injured. During his fall, the frame of the weather station we were carrying up got damaged. If you cant fix it with duck tape, you are not using enough duck tape... I guess... So we fixed the broken parts. Eventually, we made it to Austrian Hut, 4790m above the sea, from Old Moses via Liki North and Shiptons Huts. We setup the weather station at Austrian Hut and let it run for the day. Meanwhile, Kurt and Paul took the GPS picoBRCK up Nelion, the second highest peak in Kenya. Our goal was that we would also make a "BRCK rout" up Mt. Kenya based on GPS data collected by picoBRCK.

Sadly, one of the team members fell ill on the mountain. We had to get him down to lower altitudes as fast as we could. 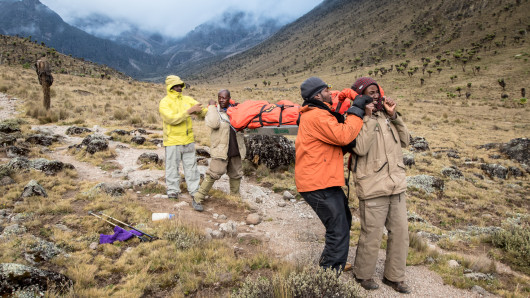 We had also learnt earlier that we couldn't get a permit to leave the weather station on the mountain, so we had to go back down with it. This gives us a chance to add more features to try and overcome the challenges we faced on Mt. Kenya. 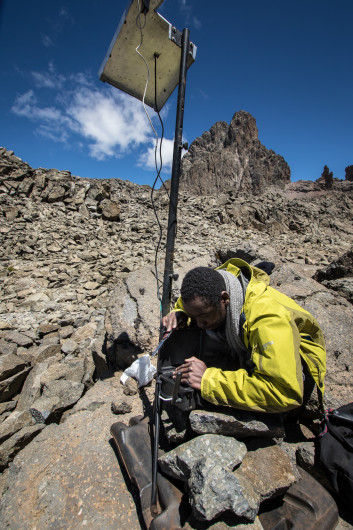 So this is what we will try to overcome: 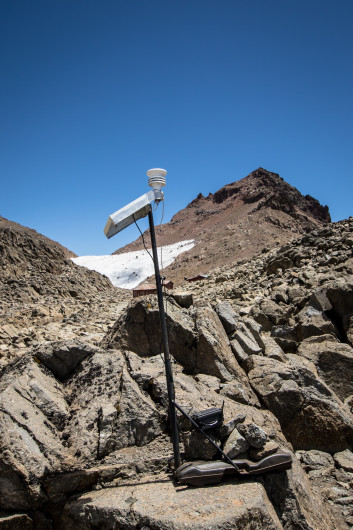 As promised, in my next update, I will provide a link to github with code and instructions on how to transmit real time images at microcontroller levels.