Providing connectivity in remote regions of Kenya is challenging. I would know. After staying in Dadaab Refugee Camp for well over six years, providing access to the internet to refugees and humanitarian workers, I imagined I had experienced the toughest connectivity scenario possible. Well, that was before I scaled the heights of the Lolldaiga Hills Wildlife Conservancy with BRCK. 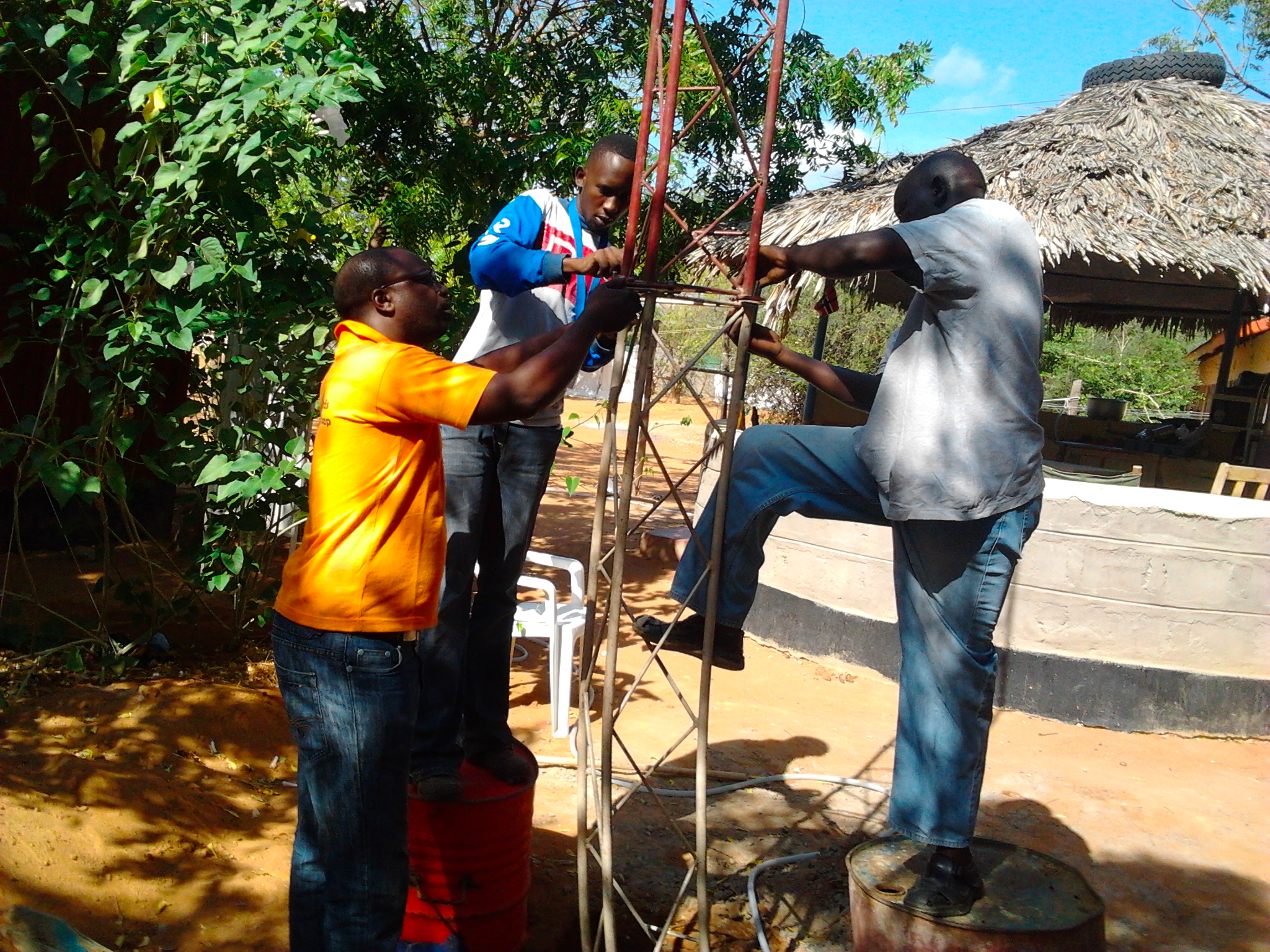 BRCK started testing its LTE network in early 2019 and has built quite a few towers in both rural and peri-urban Laikipia County. Some of these locations are completely off the power grid, and all BRCK sites are fully solar-powered with battery backup. This is a data-only network, which is becoming increasingly popular in that part of the country. As we drove north through Nanyuki township three hours after leaving Nairobi, I kept flipping through the Google driving app. I was trying to get a bearing on how far we were, as my other three colleagues chatted animatedly.  We eventually turned onto a dirt road leading up the north hill of the conservancy. From the top, there's a beautiful view of Mount Kenya. This is where the civil works teams were putting the final touches on our very first BRCK LTE tower. It was going to be our main network distribution hub for this region. The site selection was calculated carefully, located at the vantage point right at the top of the hill. 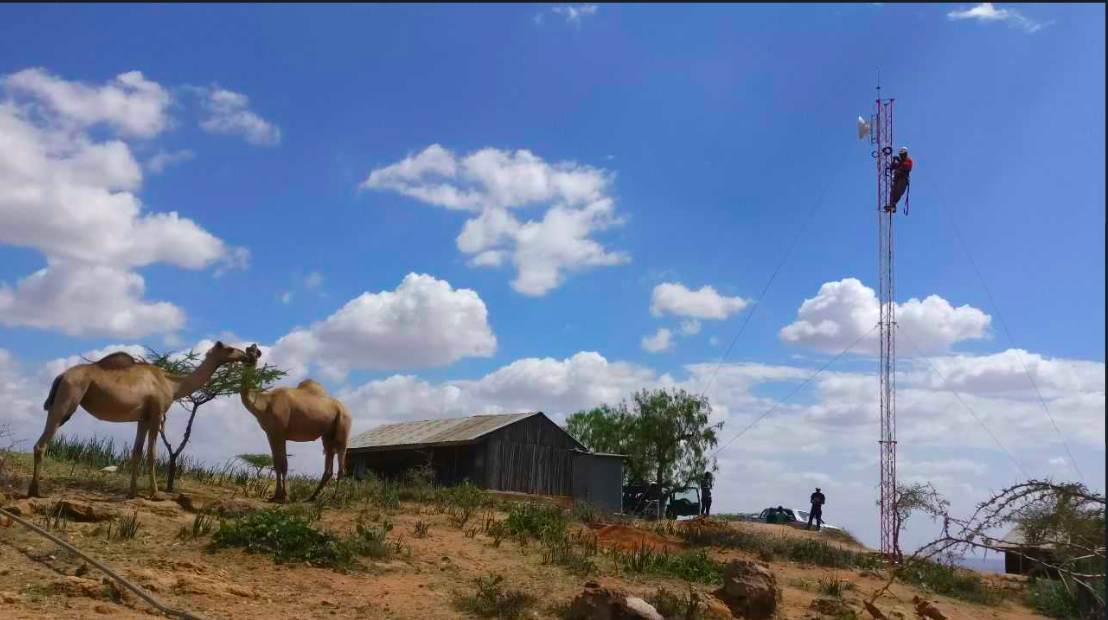 To the southwest is a breathtaking view of Nanyuki, with its agricultural machinery showrooms and teeming with British soldiers donning military fatigues. Just behind the central business district of this township is our main fibre optic cable termination point. It sits at the foot of a 60-meter angular communication tower. After assessing the final works at Lolldaiga Hills, we reviewed our plan for the following day.  After confirming all was done to our satisfaction, we embarked on the journey back to our hotel in Nanyuki. As we got to the foot of the hill, just as the sun descended behind a few dark clouds, we encountered another beautiful sight. A herd of about six young jumbos were sinking their trunks into a browning pool of water, under the watchful eyes of two senior elephants on higher ground across the water. BRCK delivers high throughput internet traffic to the Lolldaiga tower via AirFibre radio technology wirelessly from the Nanyuki tower. On installation day, the four of us formed two strong teams stationed at each end of this link. With vast experience in radio aiming and antenna alignment, the climbing duo was prepared for the challenging task at the top of the two towers. At that distance (about 18-19 kilometers) there’s an emphasis on precision in order to have a consistent and reliable point-to-point link between the two radios on the towers. Notwithstanding the wealth of experience we had at our disposal, the task still took some doing. We also had plenty of remote input and support from the Network Operating and Monitoring teams back in Nairobi. And even as we finalized the link, my mind was already at work thinking about the next steps. I drew diagrams on how to arrange the numerous pieces of equipment we expected to set up at the Lolldaiga relay site, both on the ground and on the tower. Well, it always looks so neat on paper, until you get to the site. 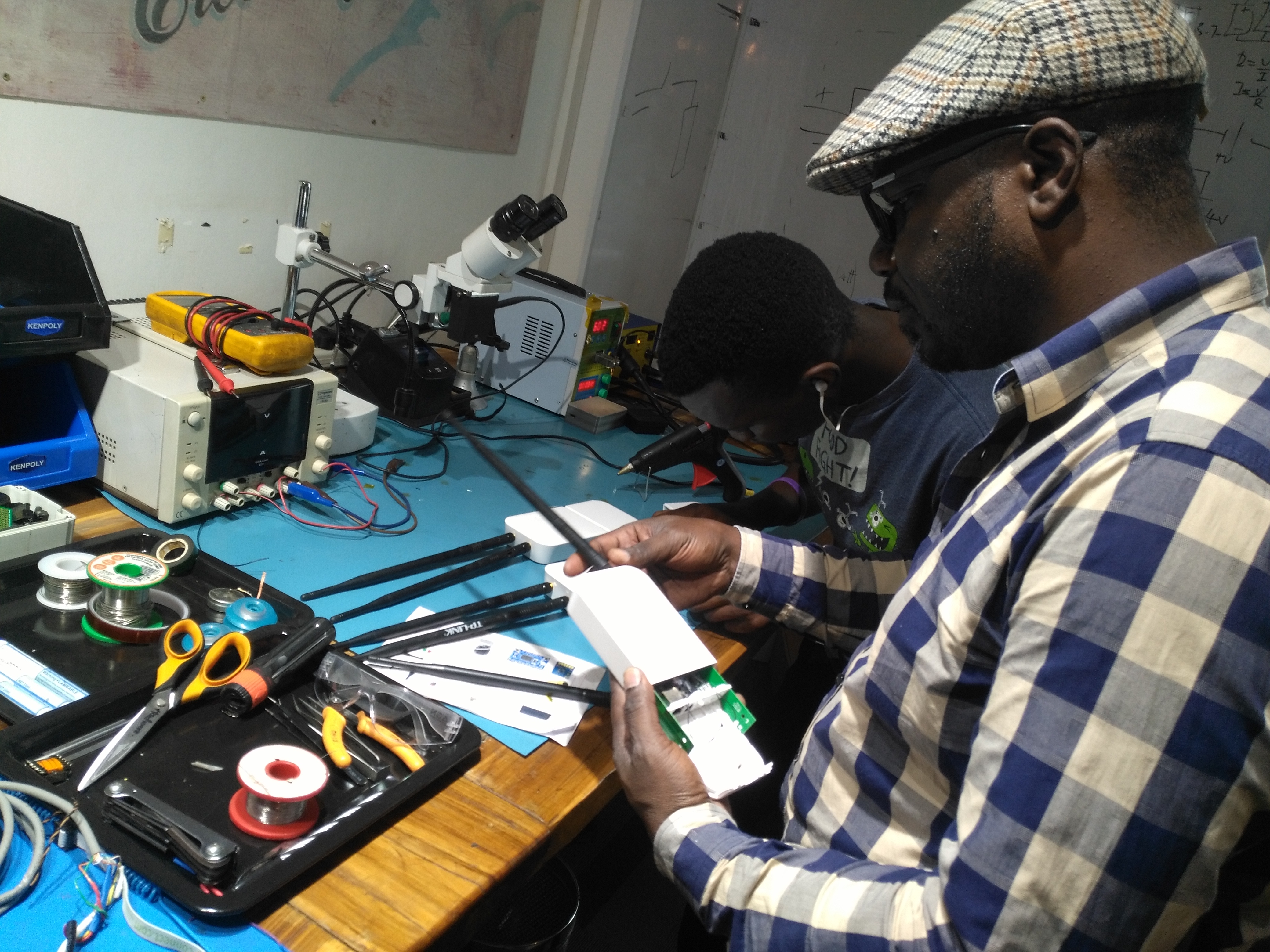 With abundant, consistent and reliable internet bandwidth available at the Lolldaiga relay site, we now needed to figure out how to distribute it to the LTE endpoints and subsequently to end user equipment. This was going to occupy most of the next few months, with plenty of traveling back and forth and involvement from different teams. These include RF engineers, network design and deployment, site selection/negotiation and acquisition, electrical engineers, civil works, structural designers and many others in the periphery. BRCK has managed to set up quite a few LTE cells in rural Laikipia County. Some radio links span almost 40 kilometers. Beneficiaries of this service include places like Daraja High School, the peri-urban Timau township, Akorino trading centre, Dipatas, and some far-flung locations like Kimanjo near Samburu. 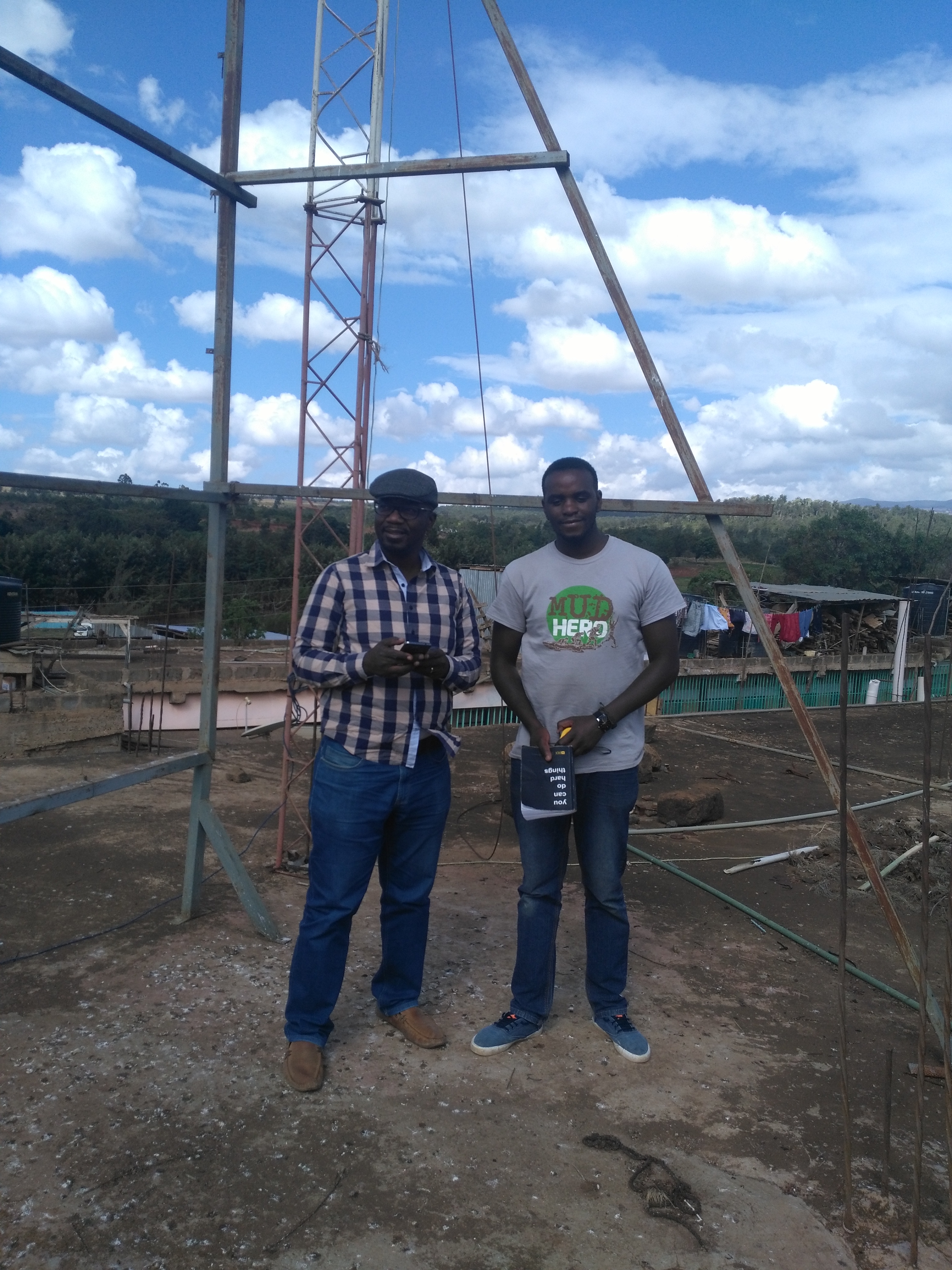 It has not exactly gone like clockwork. Similar to my experience working in Dadaab, providing connectivity in remote regions of this country is not always straightforward. In Laikipia there has been a lot of rescheduling and delays. This is mostly due to lengthy and complex negotiations for tower site acquisitions with the communities that own the land . The outcome, however, is worth it. The silver lining of all this hard work is the figures we’ve started seeing from our usage metrics. We can already observe that these communities are taking advantage of their newly accessible and affordable connectivity.