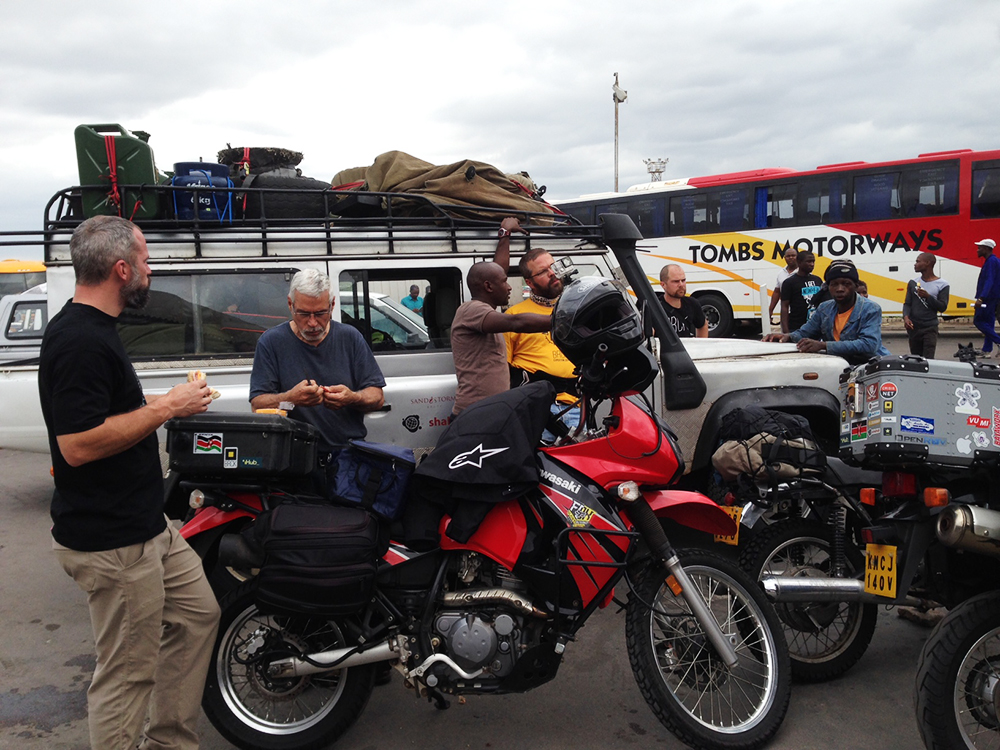 We had a long 17 hour day on the road yesterday. We did this to compensate for over 10 hours lost fixing the Land Rover in Johannesburg. We started at 4:30 in the morning and stopped at around 10p.m. But that has become normal.  Covering over 820km a day is something we have stopped noticing too much. Something else was noticeable getting into Zimbabwe from South Africa. There was a surreal binary switch from Africa-lite to the real Africa. Right from the border, after the South African side, you drive into this huge frenzy of hundreds if not thousands of people, busses, trucks and people offering to fix the border process for you so you clear in a few hours and not take the whole day. I understood why Beitbridge border in Zimbabwe is considered one of the worst crossings in the entire continent. One experienced traveller told me it took him 3 days to get through once. After 3 hours of Erik’s quick thinking and some local help, we were lucky to go through. Once inside Zimbabwe, there was a surreal feeling on former optimism and progress. A restaurant that was once nicely done, now a shell of its former glory. A mall with half the shops in business, roads that must have once been beautiful to drive, but slowly withering from the edges in, making driving and riding on them quite dangerous, especially coming against wide load trucks in blinding full lights in the pitch black wilderness. We were back to real Africa. We tried to get a local SIM in a mall and this too was a surreal experience. We have done this in every country to test the BRCK. Once a full mall now with only a handful of shops.  This on the other hand had formed the perfect breeding ground for hustlers. Local fixers who could get you anything you had come to buy from the mall. They have SIM cards, airtime, you name it. The cell connectivity is the worst we have found so far. Even with a multi directional antenna, we could only connect sparingly across the journey, which was not surprising since along the road down, there was nothing. Long stretches of amazing scenic natural beauty but little signs of civilization. One thought I had as we drove from village to village was how could access to information affect the situation in Zimbabwe? What if these school kids, vendors, villagers had access to the internet? How would that affect their situation? Their country? Thats fascinating thought.