This morning finds the BRCK team in Nanyuki, only about 3-4 hours outside of Nairobi. The same place we were supposed to be having breakfast yesterday, not today. A rather inauspicious start happened about 30 kilometers into the trip when the Land Rover decided it was going to have some cooling problems. After two hours of working on solutions, we realized that this Land Rover just wasn’t going to make it. Too bad, as it had two tanks and better range than most. Fortunately, Fady Rostom (of Ark/Bonk) is traveling with us. He offered up his Land Rover 110, and we quickly got in touch with a mechanic in Nairobi who put a roof rack on his vehicle in about 30 minutes. [caption id="attachment_108" align="alignnone"] 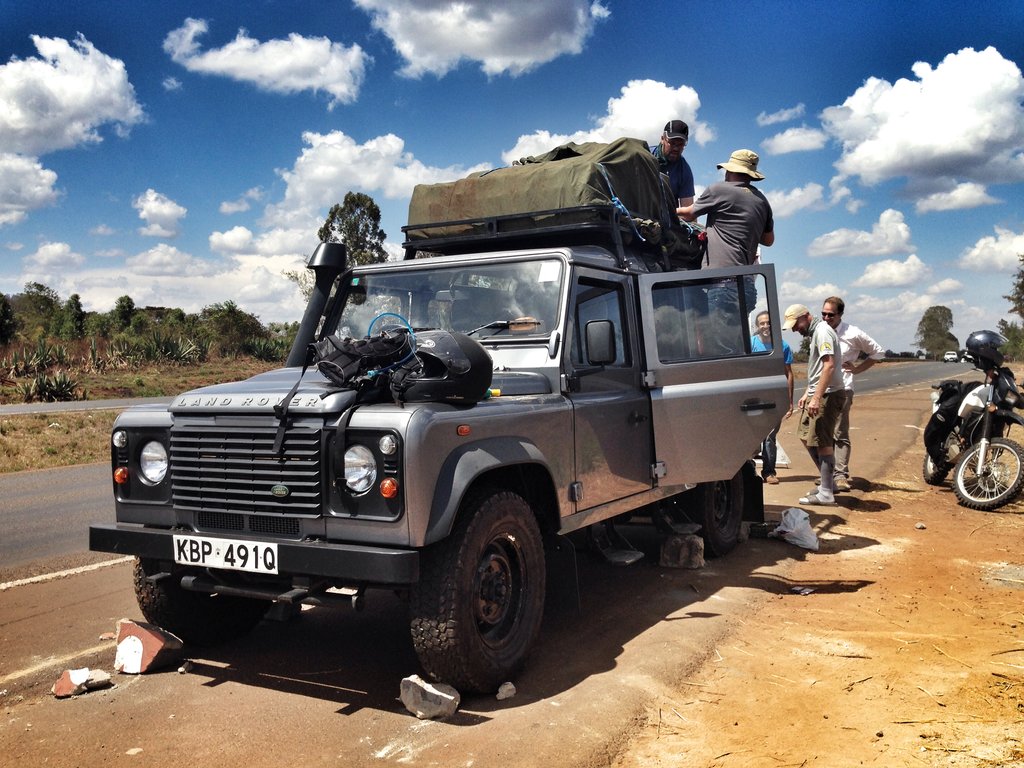 The team moving the gear from the broken Land Rover to the new[/caption] 1pm found us with all equipment unloaded near Thika town, on the side of the road. 5 tires were changed from one Land Rover to the other, and we repacked the new vehicle. Finally, we were on our way (again)! In hindsight, what was extremely disappointing at the time ended up happening about the best time we’d like to have seen a problem like that develop - in the beginning of the trip near the big city, where we could still make a change. We got into Nanyuki in the evening, after a nice cold rain hit us, much to the chagrin of those of us on motorcycles with only mesh jackets on. Taylor had his full rain gear (who we had been making fun of earlier due to the heat), and while we froze he rode in relative comfort. Dinner was at Barnies, and then a shack that makes and sells the best cheeses that we’ve ever found in Kenya, called Silent Valley Cheese. 6 kilos of cheese later we found a house owned by a friend to sleep at for the night. [caption id="attachment_109" align="alignnone" ] 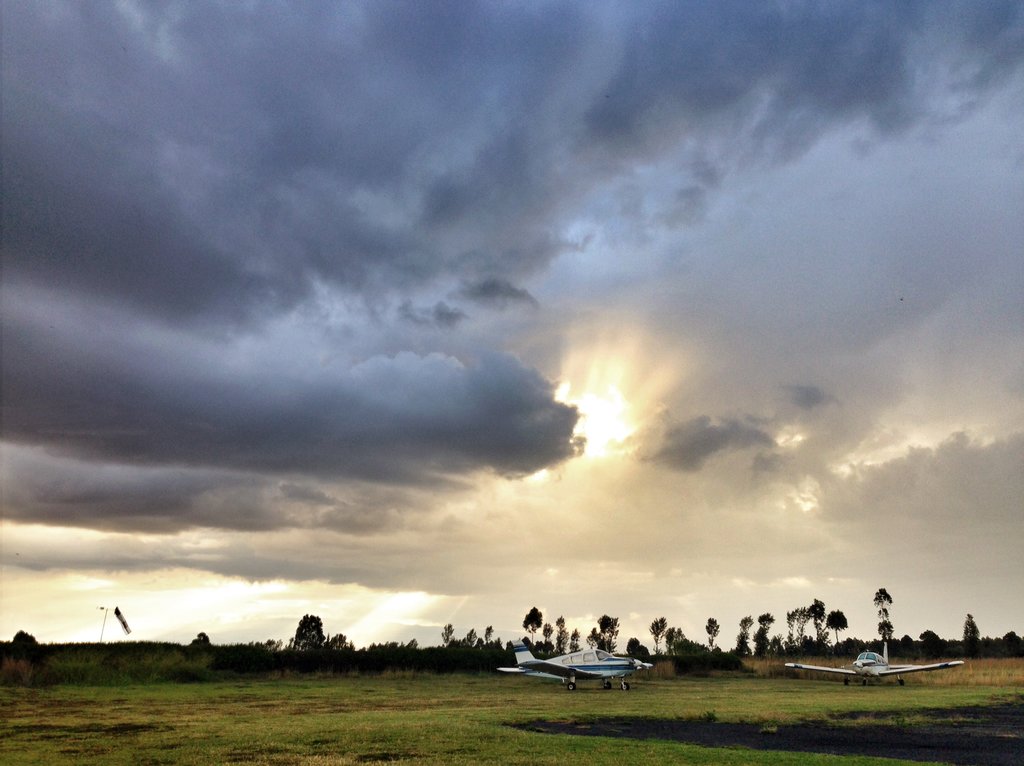 After a downpour, sun rays over the Nanyuki airfield at Barnies[/caption] This changes the stages of our trip, and now we’re very glad that we built in a buffer day for the drive up to Lake Turkana. We’ll still arrive the day before the eclipse (Oct 2), but in the evening instead of the morning. Our route now entails an early morning offing from Nanyuki, final fill up of fuel in Isiolo, then off road around Laisamis towards Ngurunit and on to Kurungu and Soth Horr for the night. This next section along the edge of the Matthews mountain range is one of the most scenic places in Kenya. We’ll stop along the way for some pictures, and then get into Kurungu in time to test the Wilson amplification antennas. The point of these amp antennas is to extend the range one can be from the mobile phone tower to get internet connectivity. We’ve used one before in Lamu, now we’re trying it in the bush, and with the BRCK.