Well, yesterday was exhausting. 14-hours of driving and riding later and we pulled into Kurungu. [caption id="attachment_122" align="alignnone" ] 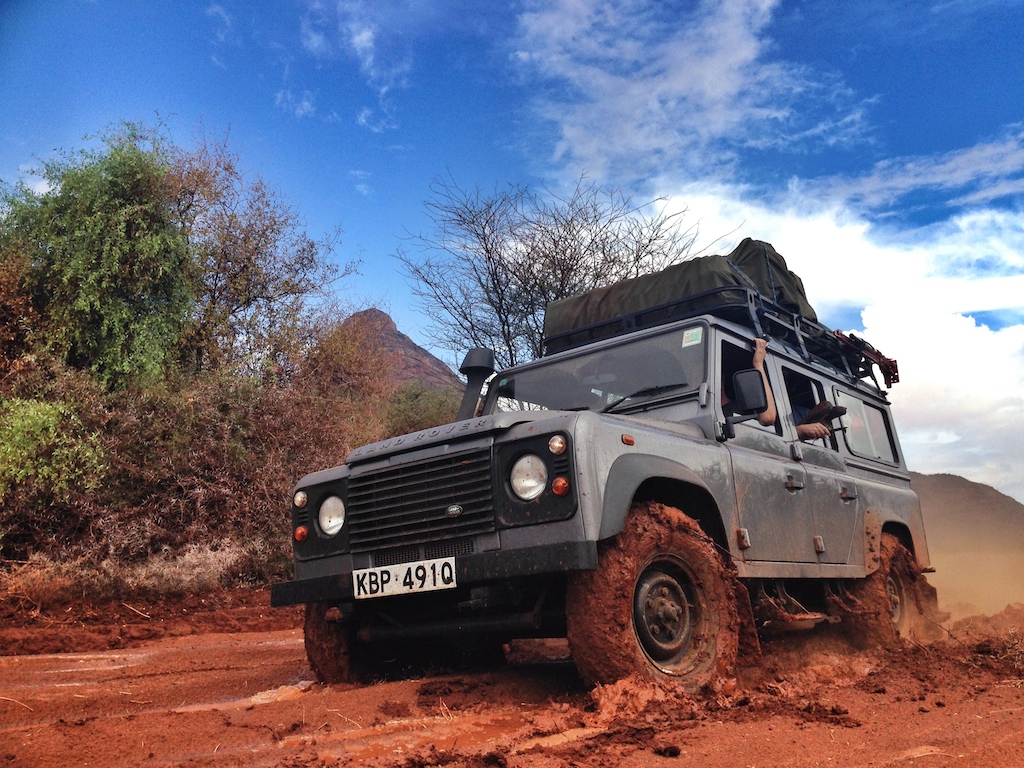 BRCK Land Rover hitting some mud.[/caption] We roared off at 6:30am from Nanyuki, only to have a puncture an hour later, that cost us almost 1.5 hours due to complications. This had a ripple effect that meant getting to Laisamis at 1pm. Rain hit us in Laisamis, and softened up the soil on our way to Ngurunit. That slowed us down a great deal. We had about an hour left of daylight by the time we hit Ngurunit, some of the most amazing scenery you’ll see in Kenya, but we couldn’t stop for pictures as we had to use all the daylight possible for driving. Night driving is hard anywhere, but it’s harder when you’re in mud, deep talcum-powder sand and rocks. We had all of that and we did it for 3 hours in the dark. There were a couple layovers, but thankfully we were going at a slow enough speed that no one was injured - and no bikes were put in too bad of a condition. There were times where we got so fatigued, and then were staring at that single beam of light on a bumpy dirt road, so that the hard angles all looked like a gully or hole. Made for slow, stressful and hard riding. Here’s where I get to say thank God that I grew up here in Kenya since I was a little boy, with the Swanepoel family (originally from South Africa). Father and son live up north here, and they welcomed us late at night with a warm meal and a roof and beds. 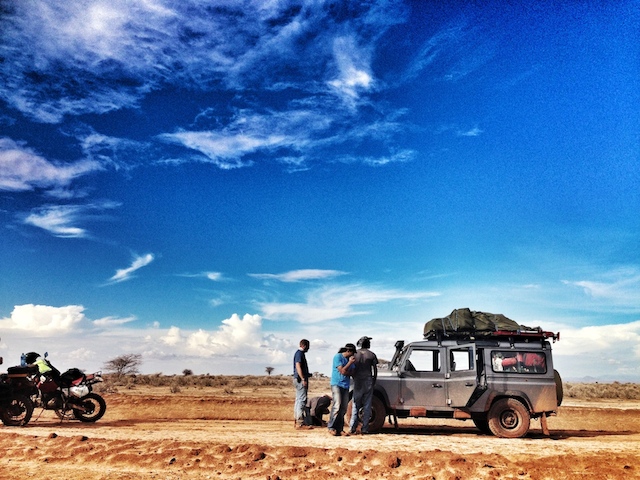 This morning we woke up to hot coffee, 800mg of Ibuprofen, bruises and soar arms/shoulders. Yesterday was hard. Today is harder. We’ve got a fairly easy go of it to the lake, then it gets hot and hard as we ride alongside the lake to Loiyangalane. After that, it’s even worse, so we here, with boulders. We’re about 30 minutes behind schedule, but I think we’ll make it okay, and hopefully in the daylight.