We ended our first day well at an incredible campsite in the middle of Tanzania. We mostly got to bed at a reasonable hour with an agreement to get moving at 6 and wheels rolling by 7. We hit the first but missed the second. It wasn’t that we were wasting time but there is always a bit of effort to get ourselves into high-performance, expedition pace. The early part of the morning was spent at a proper speed on some of the best roads in Africa. We would hit towns of various sizes every 40-50 kilometers and we learned to recognize the size/status of the town based upon the number of speed bumps and cell towers. On the bikes it was easy to lift up out of the seats and take the speed bumps at a reasonable speed. The truck on the other hand had to slow down. In addition to the impact of the speed bumps, the truck was a target for every police stop. The bikes just waved as we went flying by. We really were in a zone for a couple of hours as we let the kilometers roll by under our wheels. And then things changed… A lot! 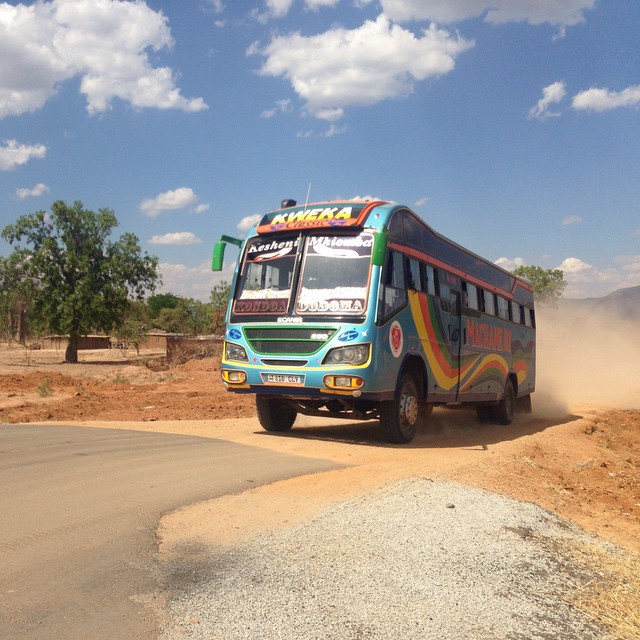 We had a choice this morning to either go the eastern (shorter) route or the western (better) route. Everyone (I literally mean every human we know who has ever even heard of Tanzania) told us to take the western route. We, of course, decided to take the eastern route. They were right. We were wrong. It started off reasonably ok with a bit of hard packed dirt. Although my bike wasn’t really designed for this kind of stuff, the other vehicles are in their element when the tarmac ends. And then things got worse. The road went from hard pack to fresh-fresh (talcum powder like sand). We would have sections with washboards so bad that our bikes would bounce all over the road. Then we would have sections with huge rocks that did their best to total our vehicles. Reg had the first incident when he slid the truck in the fresh-fresh and ended up in a ditch. Nothing serious but we found out a few kilometers later that he had bounced the rear spring out of its mounting. We subsequently found out that the spring had rubbed on the sidewall of the tyre. The tyre (and rim) met their end on some very difficult washboard when they disintegrated into many, many pieces. No injury, but it was another delay on an already delayed day. 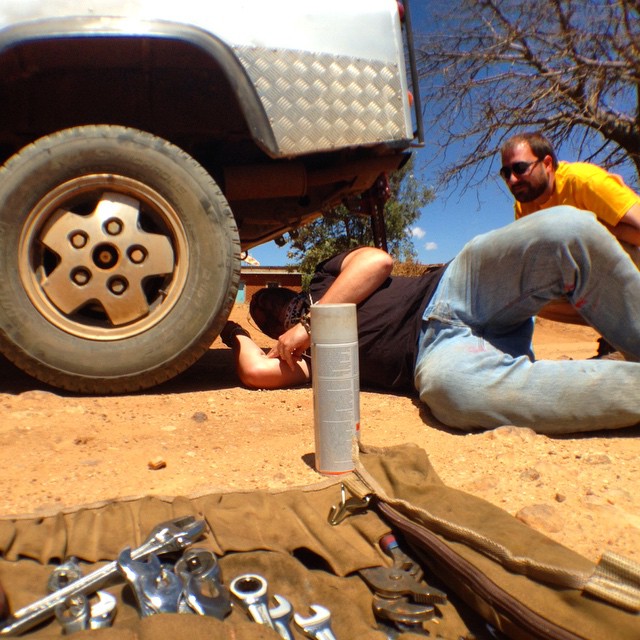 Although the bikes faired better mechanically (the only issue during the day was a broken box mount on Joel’s KLR), the riders suffered greatly. As we watched the remaining distance to Dodoma very slowly trickle down, our bodies were thrashed royally by the terrain. Sore hands, dust filled eyes, and shattered nerves from the many close calls in the loose dirt. When the dirt wasn’t giving us grief the buses that would fly by at uncontrolled speeds would nearly knock us off the road. We would stop frequently but the breaks were always too short and the pressure for pushing on too great. We had intended to be in Dodoma by 10am where we were going to pick up Mark Kamau and Juliana Rotich. The plan was that we would then keep going to Iringa and spend the night closer to the Zambian border. As the hours ticked along and the kilometers did not we started to realize that our decision was going to have a significant impact on our overall schedule. Instead of making it past Iringa, we were going to have to fight to just make it to Dodoma. With about 70km to go we stopped at a police check to ask how much farther to the tarmac. The cop answered 20km but we are generally suspicious of time and distance responses from people in rural Africa. He was actually spot on and, 20km later, we rolled our bikes onto beautiful a made tarmac road. We had to hang out for a bit as Reg was dealing with his disintegrated wheel but we all breathed a sigh of relief to be back on the good stuff. As we flew along towards Dodoma we settled into the reality of needing to adjust our schedule slightly for the remainder of the day. As if we had not had enough punishment for our decision, we suddenly found the tarmac ended and we were once again getting pounded on the loose dirt. We knew that we weren’t far from Dodoma and we were confident that the capital city would have only paved roads. We were wrong again. The dirt took us all the way into Dodoma – with pavement showing up once we were in the town proper. We found the rest of our team hanging at the New Dodoma Hotel and we used their wifi to search for accommodations south of the city that would put us on our path towards Zambia. We quickly found out that the New Dodoma Hotel was the only option available and so we relented to real showers and a night in real beds. While we still had daylight we did a full round of mechanical checks and fluid top ups on the vehicles. We reworked our route for the next two days going into Lusaka and we enjoyed a nice meal together as a team. Although today was not anything like we expected when we woke up this morning, we once again validated why we do these expeditions. It is simply impossible to know what Africa can throw at you until you get out there and experience it for yourself. We are learning a lot about what is required to actually be rugged-enough for Africa. We are seeing how critical reliable technology is in remote and difficult situations. We are improving our ability to persist and succeed in the face of insurmountable odds. Finally, we are learning to adapt to our circumstances and not lose sight of the bigger objectives. These aren’t new lessons for us but they are lessons that we need to be continually reminded of as we attempt to build BRCK into the kind of company that can have the kind of impact that we want on our greater community. 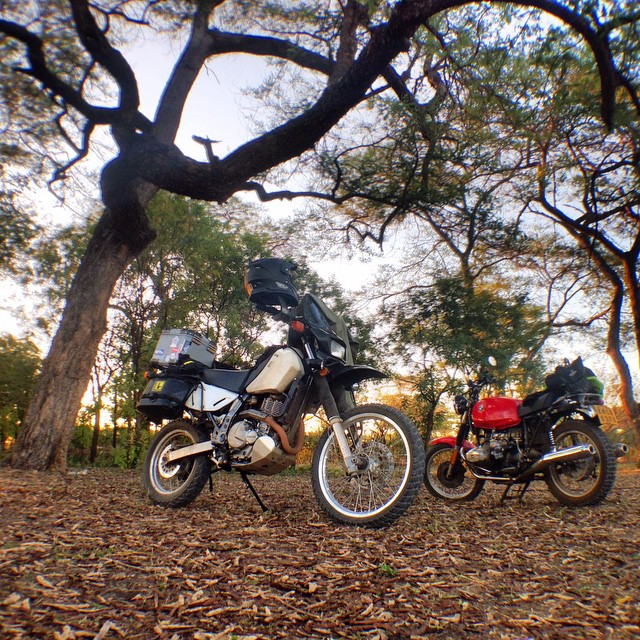 It wasn’t the day that we hoped for but – with all vehicles and riders still in this expedition – it was the kind of day that we will look back on with fond memories. We will tell stories of this day for years to come and, hopefully, somewhere in the dust, oil, sweat, and tears there was the start of an idea that will eventually find its way into a BRCK product. For that one goal, today was well worth it.

One response to “BRCK Expedition – A Dash South – Day 2”