Half way between Nairobi and Mombasa are two of Kenya’s largest national parks Tsavo East and Tsavo West.  These parks are known for both their wildlife and also their fairly severe poaching problems.  To counteract this Tsavo West National Park has created a 1002 km sanctuary within the park specifically for protecting rhinos.  It has been quite successful; there has not been a single poaching incident in the sanctuary and it is now reached capacity with about 60 rhinos.  In fact there are plans to create a similar sanctuary in Tsavo East. [caption id="attachment_1262" align="aligncenter" width="770"] 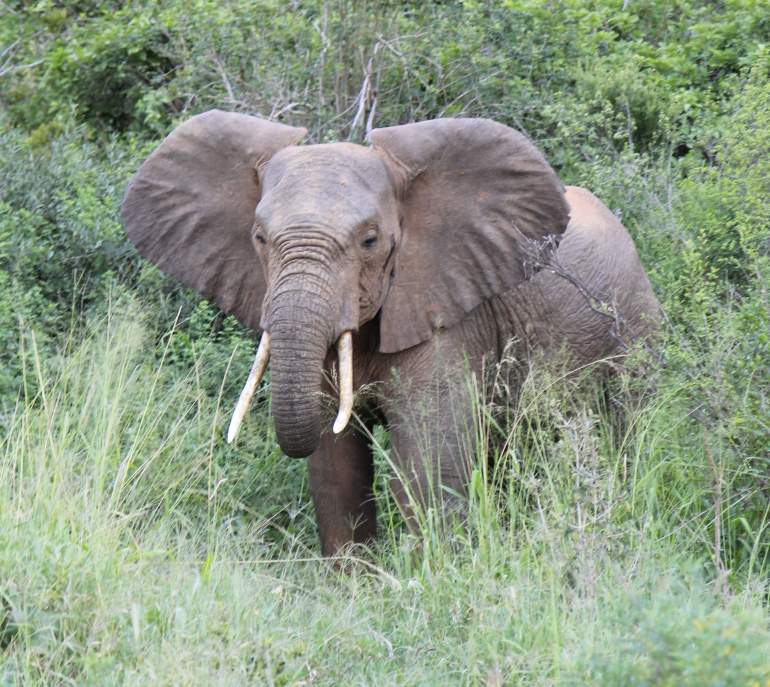 A shot of just one of the many elephants we saw during the trip.[/caption] Currently the rangers who patrol this sanctuary fill out special forms recording everything from the condition of the fence, the location of a carcass to of course the identification and location of rhinos.  The information on these forms is later entered into an electronic database where it can be analyzed as needed.  But there is a delay in both the filling of the forms and the transfer of data and so the information is somewhat unused. The Linköping University in Sweden has partnered with iHub Consulting and the iHub UX Lab to migrate the forms from paper to a simple app on a ruggedized smart phone.  With this method not only is the information presented almost immediately  on an online map but the time and location is more accurate and even pictures can be included with the data. Connectivity in the sanctuary is weak to say the least.  So when the team got wind of BRCK and all that it is capable of they were immediately interested.  The BRCK, with an external antenna, can make use of the weak 2G (Edge) connection that is in the park.  And, as a bonus, the BRCK can charge off raw power from solar panels and then charge the phones from the USB port. So on Wednesday and Thursday this past week I joined the team as they went out to do some field research.  The main purpose of the trip was to demonstrate the app to the rangers and get some user feedback.  (For example, they immediately pointed out that the pouch for the phones should not use Velcro since it makes too much noise and the rhinos, or other wildlife, may become aware of the ranger.  Just another reason why it is so important we live in the context where our devices will be used.) [caption id="attachment_1266" align="aligncenter" width="770"] 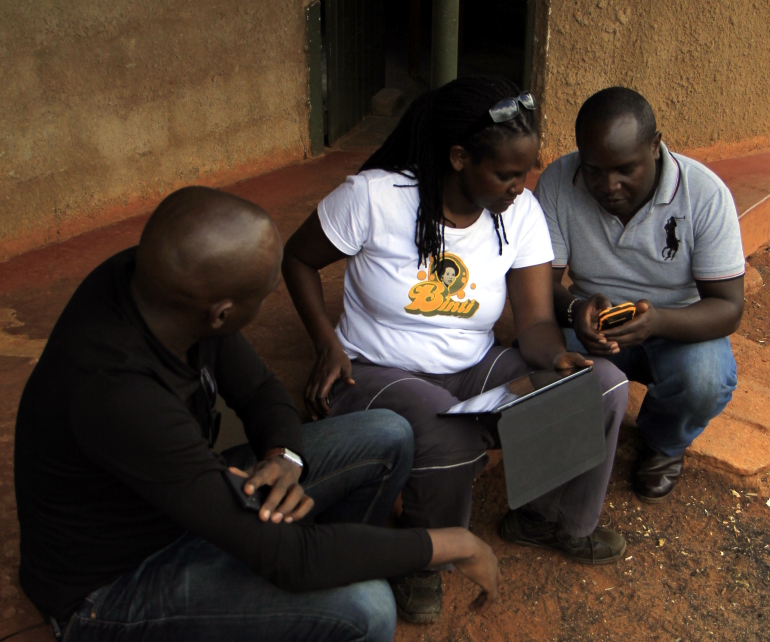 Getting feedback on the ranger app.[/caption] I came along to evaluate the connectivity situation and I must say, it was rather fun.  We had special access to the sanctuary and I sat on root of the Safari truck as we drove around collecting signal strength and connectivity data.  The rugged Tsavo landscape is beautiful and the recent rains meant everything is nice and green.  Although the foliage is thick we still saw some zebra, impala and quite a number of elephants though unfortunately no rhinos. I am also happy to report that with one of our large antennas I was able to get connectivity throughout the sanctuary.  Most of the time the phones reported absolutely no signal and only the BRCK with antenna was able to provide a connection.   In some places the phones would report that they had found a 2G connection but further testing showed that the testing often did not work or was sporadic at best.  The Edge connection is admittedly slow so the project might have to control the number of simultaneous users but otherwise everything should work well. [caption id="attachment_1261" align="aligncenter" width="770"] 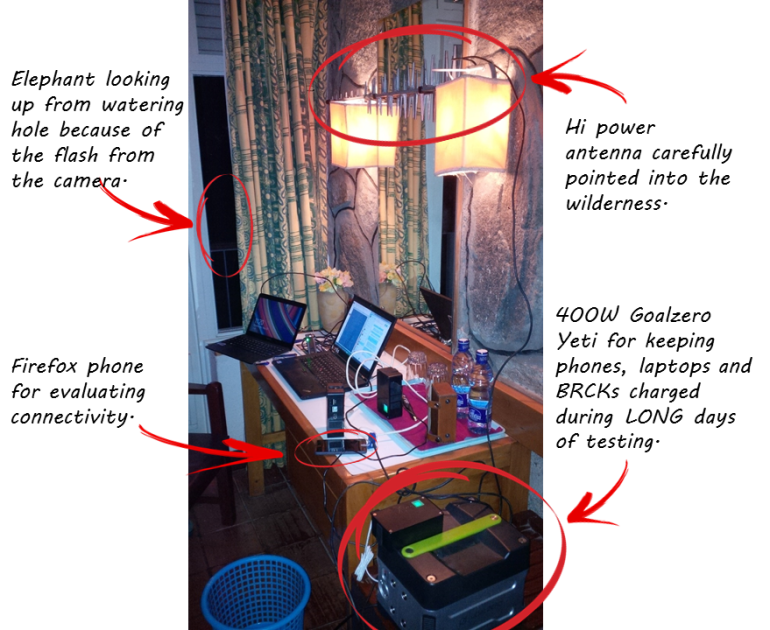 Typical BRCK office-on-the-go.[/caption] The plan is to install a BRCK at each of the dozen bases throughout the sanctuary that the rangers use as bases for their patrols.  The BRCKs can then provide connectivity as well as charging capabilities when needed.  Just another great example of how people are using BRCK’s to solve problems in emerging markets.

2 responses to “Connectivity in Tsavo”