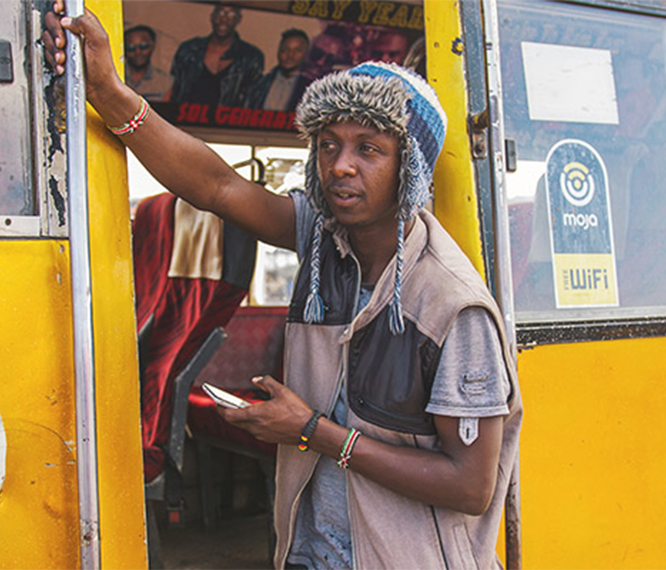 The Affordability Barrier: Moja in Numbers 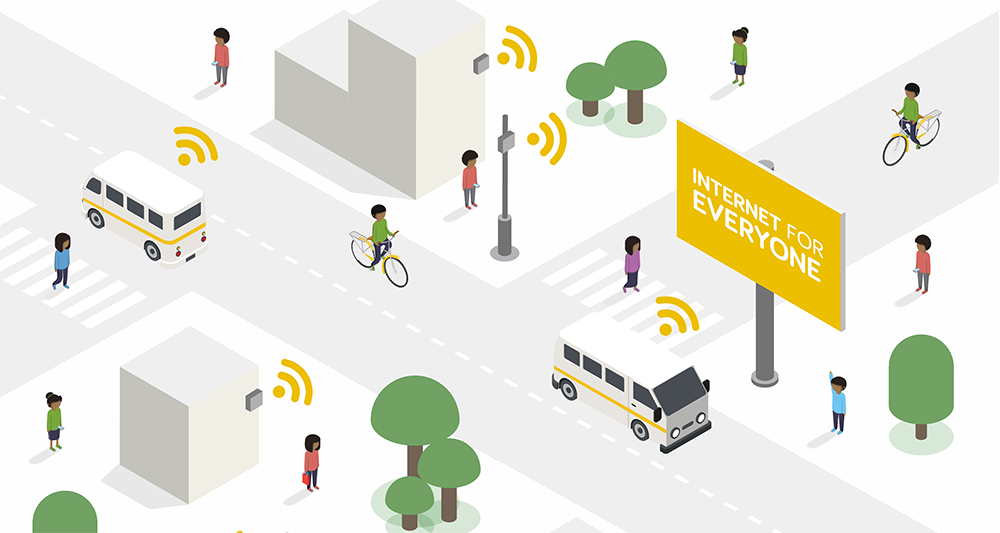 BRCK started Moja Free Wi-Fi because we saw that people had trouble connecting to the internet -- and this was often due to an affordability barrier, along with an accessibility barrier. Specifically in the African context, we have observed for some time that, despite significant mobile phone penetration, people are still struggling to pay for the internet. With our new current reality of social distancing and quarantining (which may last anywhere from weeks to months), the importance of connecting to the internet has become even more obvious. And recent studies and reports are showing that Moja Free WiFi is uniquely addressing a very real need.

On October 30, 2019, the World Bank released the Kenya Economic Update: Accelerating Kenya’s Digital Economy publication. It stated that 44% of the urban population has access to the internet, compared to 17% in rural areas. Just a month earlier, the Kenya National Bureau of Statistics (KNBS) conducted a national census, the results of which indicated that 75.1% of all Kenyans are below 35 years and 68.9% of them live in rural areas. So the majority of young people live in rural areas and only a fraction of them have consistent access to the internet.  Why is it then, that 35.7 million youths -- who are typically early adopters of technology -- live in areas with the lowest internet penetration rates? The obvious answer would be barriers to access. But can we really claim this when, at the same time, the Ministry of ICT's Digital Economy Blueprint acknowledges Kenya as a world leader in driving financial inclusion through the use of digital finance solutions? These include M-Pesa, Mula, Pesalink and Pesapal, solutions which have gained traction mostly due to the over 100% mobile subscriptions penetration rate (due to multiple SIM card ownership). Indeed even census officials, for the first time ever, adopted the use of mobile technology to collect and transmit data. KNBS data also showed that mobile phone ownership is highest in rural areas (12 million) compared to urban areas, which account for 8 million users. So we have the highest number of youth, with a higher probability of phone ownership. And, yet, they're not regularly able to access the internet. 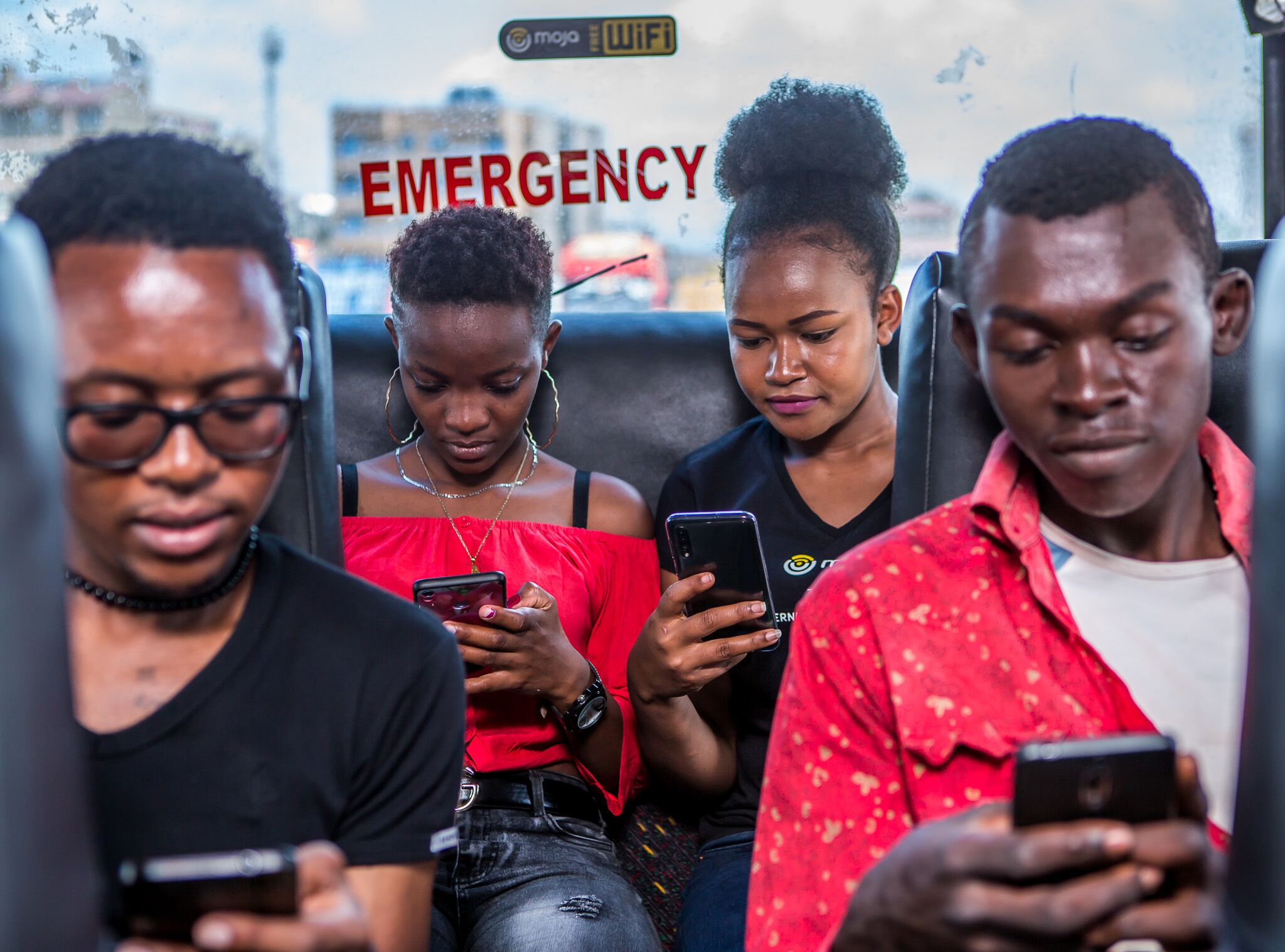 If Kenyans from all walks of life have widely adopted mobile technology, why can’t we get the internet onto those phones? And if other barriers to access still exist, how can organizations like Moja, who are at the forefront of bridging the connectivity gap in Africa, leverage these statistics to bring more of these 35.7 million youths into the internet age? This is Moja Wi-Fi’s perennial question.  Less than 10 years ago, during a typical work week, most people who were busy commuting from their homes to schools or places of employment may not have had the time to access the internet because it meant stopping by an internet cafe.  Thanks to 3G and 4G mobile technology, the time problem was mitigated. Users could enjoy internet services from any place with a decent mobile network signal. Moja capitalized on this by deploying internet services to over 700 matatus in the country. Users could then access the internet as part of, rather than in addition to, their daily commute.

But what about the money? Obviously the cost of internet relative to user income levels remains a challenge for many Kenyans.  There are several organizations that offer free internet services to users as a response, only to be faced with the high network set up and maintenance costs. That, coupled with regulatory challenges, gaps in electricity supply, and a slow rate of user adoption (Kenyans are typically wary of free products and services), have made smaller players pivot or close shop altogether. This explains why, out of 72 network service providers in Kenya, only half of those are operational.   Still, opportunity continues to knock on Kenya’s connectivity door and Moja is one of the organizations who continue to answer. In addition to the mobile network, we have expanded into 1,300 fixed network hotspots across both rural and urban areas, specifically to reach users in rural and semi-urban areas.  [caption id="attachment_10966" align="aligncenter" width="770"] 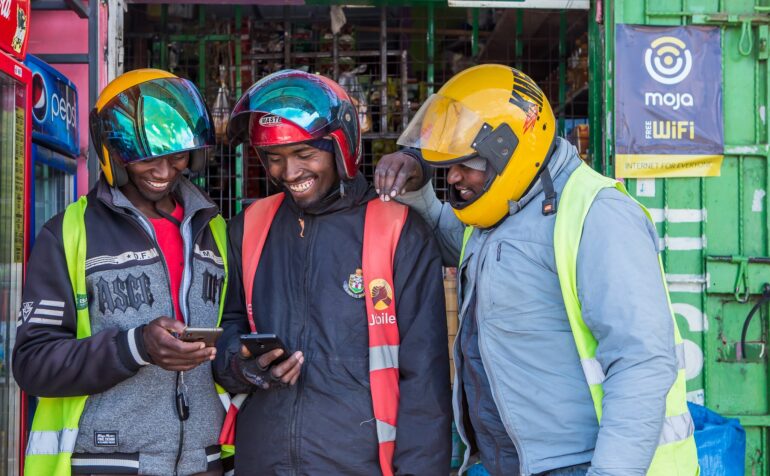 Boda Boda operators in Ngong town.[/caption] From the university student who is able to complete their homework assignment from their hostel room to the boda boda operator who can now connect with customers on his ride-share app,  to the office employee who is suddenly required to work from home, Moja is charting a way to overcome the affordability barrier. We are slowly but impactfully contributing to the narrative of digital inclusion, with the hope that by the time the next census rolls by, more youth and people in rural areas will be leading the growth trends.