The Emperor has no clothes

Since I was a child I have heard stories regaled of South Africa. The modernity. The beauty. The ethnic diversity. Even though I remember seeing signs growing up in West Africa that said “Apartheid a bas!” ( English: down with Apartheid), I have always had a positive and idealized view of this great stalwart of the African continent. From my naive perspective, it was what the rest of us should aspire to realize in our own corners of the continent. I visited SA for the first time in the early 2000’s. It definitely had some African feel to it, however, the fear in those days was palpable. Entering a business was an ordeal of security checks. The malls had the same scanning equipment as an airport. Yet, in the leafy suburbs of Johannesburg, there was an amazing sense of tranquility, beauty, and progress. It was easy to do business with South Africans and their sense of optimism for their country – and the continent – was overwhelming. Fast forward nearly 15 years and I find myself sitting in an altogether different country. While the roads are just as spectacular crime is still a problem - although the sense of fear is clearly diminished. Everything about this country screams modernity and progress. But the veneer is thin. What lies beneath the glossy shell is insidious, corrupt, and diseased. And it is getting worse. 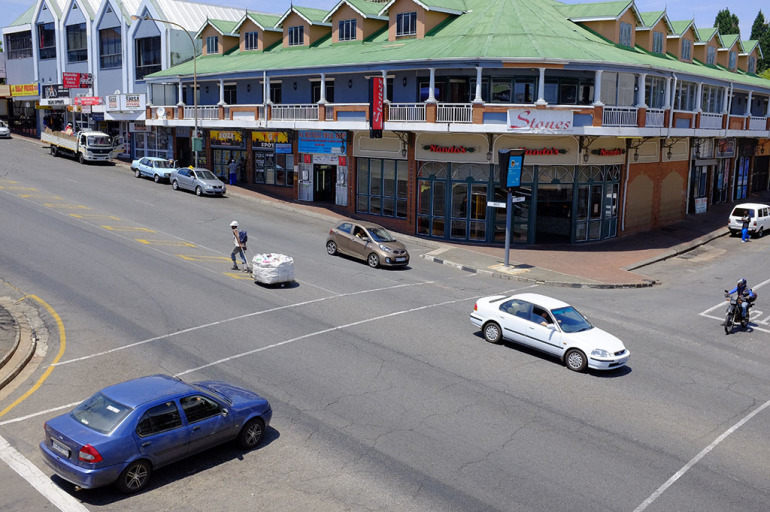 In the few days that we spent in South Africa, we personally felt the pinch of the widespread power shedding that is going on due to insufficient, aging, and poorly maintained power infrastructure. We lost an entire day from our schedule because the Land Rover shop we were using removed the tyres from the wheels and subsequently were cut off from power and unable to remount them. As I spoke with the proprietor he shared that another customer had their vehicle completed but the shop could not raise the lift enough to release the locks that would allow the vehicle to be lowered. This is South Africa! A "european" country at the base of Africa. How could these kind of infrastructure issues be happening here? As I continued my dialog the old man told me that he was even considering buying a generator to keep up productivity. That would have been my first thought - given that our office and my house already have generators - but in this part of Africa that notion is foreign and frightening. This lack of realistic perspective on the rest of the continent came up during our discussion with another South African technologist who is focused on the education sector. The problems that he has been dealing with are related to choosing HP over Cisco routing equipment for the schools where he works. Although I'm sure that is important in his context, these things mean nothing where we live. To his credit, this guy is traveling around southern Africa with his family and exploring the challenges that exist for education outside of South Africa. He understands the problem enough to have been very excited about BRCK. I sense that he is willing learn to adapt his thinking and will ultimately be very effective at solving the real problems that exist north of the Tropic of Capricorn. While there are plenty of subtle (and often not so subtle) clues that this southern civilization is crumbling from the inside out, there is hope. And not just a hope for survival but a hope for a rising tide extending well beyond the smooth roads and superhighways. During our time in Jozi we relied heavily on Uber for our transportation. I had never used this service and I was blown away by the convenience and reliability. During each ride I would query the driver with the same questions on how they liked driving for Uber, how they were doing economically, and their plan forward. What I found was a bunch of very hard working, polite, and intelligent entrepreneurs at various stages of the business lifecycle. Some were driving for the owner of the car and saving their money to buy their own car. One had just bought his first car. You could see the pride and optimism of this older gentleman as we shifted through Joburg in his new Toyota Corolla. This man had gone from being an employee of a metered taxi service to a driver of someone else's Uber car to now being an entrepreneur in his own right. An inspiring story. The final driver that I used was driving a C-class Mercedes. He now owned a couple of cars and was working to manage a handful of drivers. He was driving that day because his previous driver had gotten into an accident and damaged the car. He struggles to find good employees but he was excited about the new guy who starts on Monday. 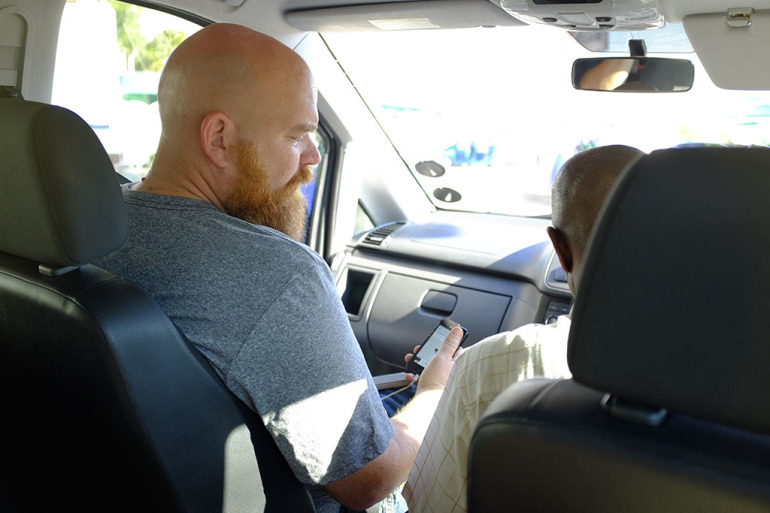 I absolutely adore these examples of the disruption that technology brings to business and the resourceful application of hard work at the points of disruption to create new opportunities, businesses, and jobs. As African technologists (particularly as BRCK), this is our real potential to have an impact and build a sustainable and prosperous community. On Friday, Erik and I had the chance to sit down with a South African who is the fund manager for a very wealthy German technologist. Marc has a very down to earth and insightful view to technology and business in Africa. He sees beyond the glossy shell and recognizes the challenges that underly his own country along with the potential for the rest of the continent. It was odd for Erik and I to talk with an investor who didn't need to be sold on the potential and opportunity for BRCK in Africa. Instead we focused on our real issue which is scaling production and distribution to meet the untapped potential for BRCK. Marc figures that we could place an advert in Joburg and sell a few thousand BRCKs overnight to South Africans who are frustrated by the intermittent power and unreliable connectivity - sounds more like Naiorbi than Johannesburg. Because he has some experience in telecommunication equipment and infrastructure, Marc seemed particularly excited about the idea for Supa BRCK. A weatherproof BRCK with multiple ethernet and multiple cellular connections that could serve as a critical component in building reliable corporate networks for African schools, business, and governments. It was reassuring and encouraging to spend time with someone who knows the realities on the ground, sees past the veneer, and is still excited for the opportunity to build African technology to solve African problems. My favorite experience of the trip was meeting Marcus Watson who runs a BMW motorcycle repair business. We were referred to Marcus to help sort out some issues on my bike and get it ready for the return trip. Even though as a sole proprietor his schedule is packed, Marcus gladly took in my bike to get it prepped for the hard road ahead. I immediately appreciated Marcus' knowledge on these bikes and his attention to detail. He knows these machines, how much abuse they can take, and how to keep them running reliably across Africa. As he poked and prodded my bike I got to hear his story of being a first-rate engineer in the power industry, getting retrenched as South Africa struggled to balance racial distribution in the work place, and ultimately turning his hobby into a thriving business. Although Marcus is saddened to see how poorly the power infrastructure is being maintained today, he isn't the kind of person who gets bitter and then sits down to complain. Instead he took his talents and commitment to customer service and built a business and reputation as a world class motorcycle mechanic. He didn't flinch at the fact that my bike was a bit Kenyan in its mixed component heritage and adapted to the changes that Rick and I have made to make this bike suitable for this trip. What saddened me in my conversations with Marcus is that he is considering emigrating to Australia. I have no doubt that he would find a wonderful life there but I am disheartened to think that Africa will be losing such an amazing resource. I hope one day that guys like Marcus are willing to travel north and set their sights and talents on the challenges facing the rest of Africa. 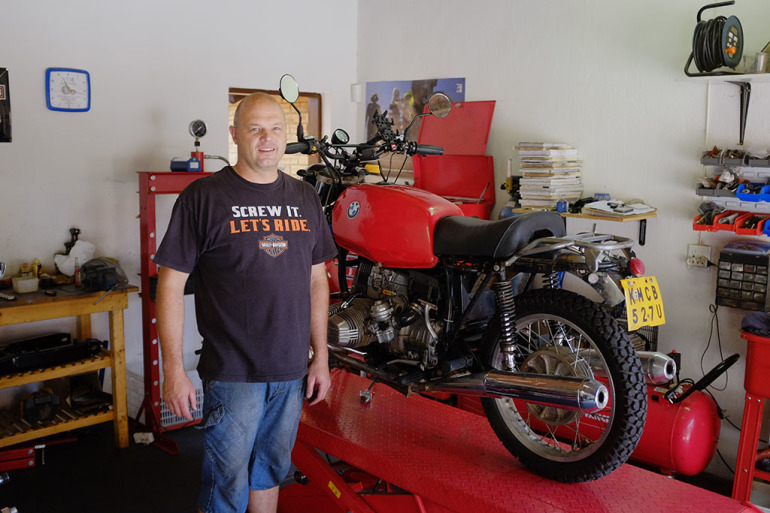 In the end, I came away from our trip still a little glassy eyed about our cousins in the south. I don't think that I could live there but I certainly don't mind visiting. I also think that there is a real opportunity for Africans to come together in this time where Kenyans have insights into dealing with poor infrastructure and South Africans have insights into proper engineering. It would be a great benefit to both sides of the Limpopo River to work together to solve challenges and problems that exist in each others back yards. I truly hope that these present and future challenges in South Africa will force this society to unleash their best and brightest onto the rest of the continent.

One response to “The Emperor has no clothes”