WiFi Bridging – Why and How

There are 3 primary channels for you to connect to the internet via your BRCK device that come in the box (others, such as satellite, can be added by you later):

Not a lot of people think about WiFi Bridging, know what it is, or why it's a valuable tool in your connection arsenal. After all, you might say, "if there's already a WiFi network to get on, why do I need to connect to that via my BRCK?" That's a good question, the answer is if that network is your office or home network you probably don't need to use it.

Why you need it: 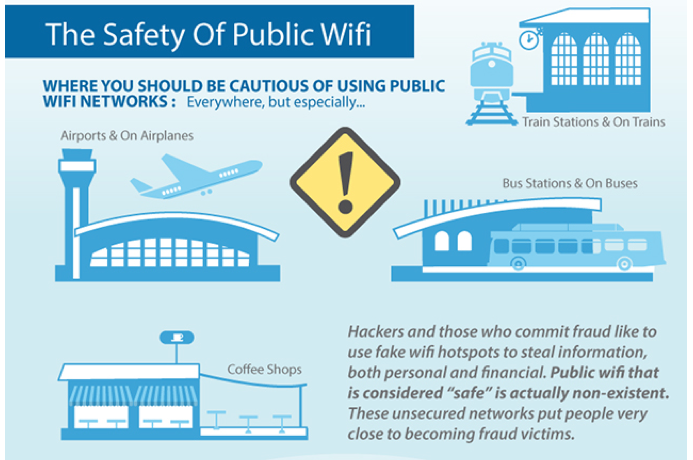 [Image via SecureDataRecovery.com] 1. Secure tunneling via an onboard VPN Let's say that you're traveling and using hotel, airport or coffee shop WiFi. How secure is that network? This is where the little tool in your BRCK comes in very handy. You see, we encrypt all comms between your BRCK and the BRCK Cloud (how you manage your device) and we also provide an add-on VPN service for you to be even more secure. You can already connect your computer to a VPN, but with the BRCK doing it, you can have up to 20 devices using that VPN at the same time, instead of them each having to have their own VPN connection. It's seamless and it's simple. 2. Hiding your connection In a similar situation as above, when you're on a public WiFi network, it's useful if you're a bit harder to find. When you connect your phone or computer to a WiFi network, it generally becomes a node on the same network. When the BRCK connects, it creates a subnet, which means that others with devices on the same network can't easily find and use it. 3. Efficiency on your own network Since there are 3 ways you can directly connect to the internet via your BRCK, if you setup your BRCK in your home or office as your primary WiFi access point, it can prioritize how it connects to the internet. For instance, it can have ethernet, WiFi and a 3g SIM card going all at once, and if one network goes down, it will seamlessly switch to the next priority (as seen below).\ [caption id="attachment_443" align="alignnone" width="634"]

Choose what order you'd like your BRCK to connect to the internet. Turn a channel on or off.[/caption]

How does it work?

It's fairly simple. The same way you find a WiFi signal on your computer or phone, is done via the BRCK, on this screen: [caption id="attachment_440" align="alignnone" width="619"] 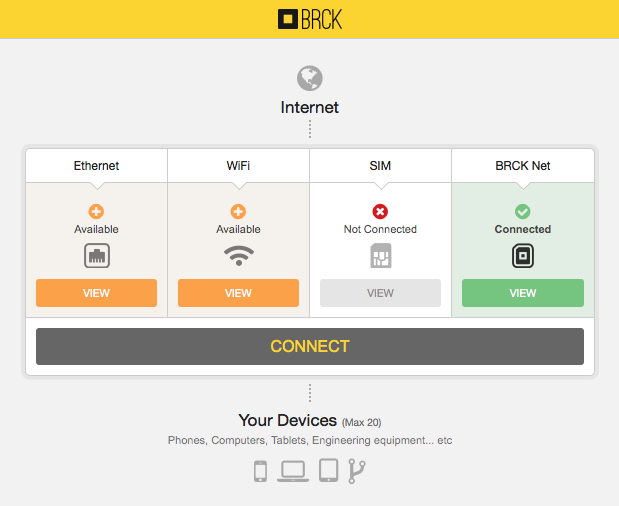 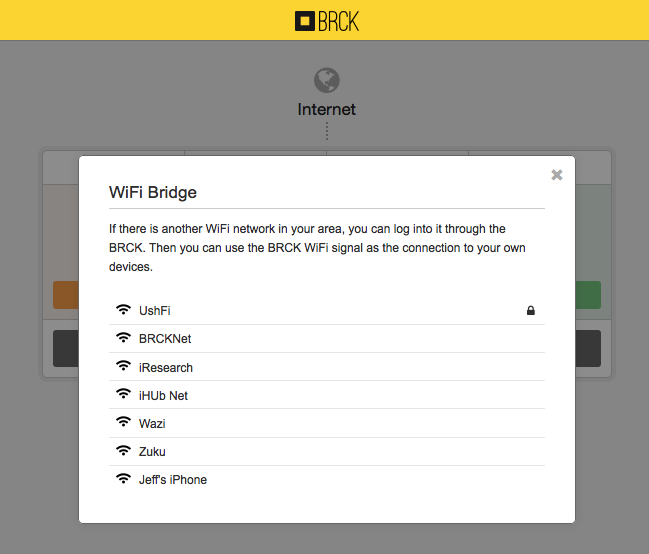 To WiFi Bridge, just select "WiFi Bridge" and choose the network you want to connect to.[/caption]

3 responses to “WiFi Bridging – Why and How”