BRCK at Maker Faire Africa: From Prototype to Production 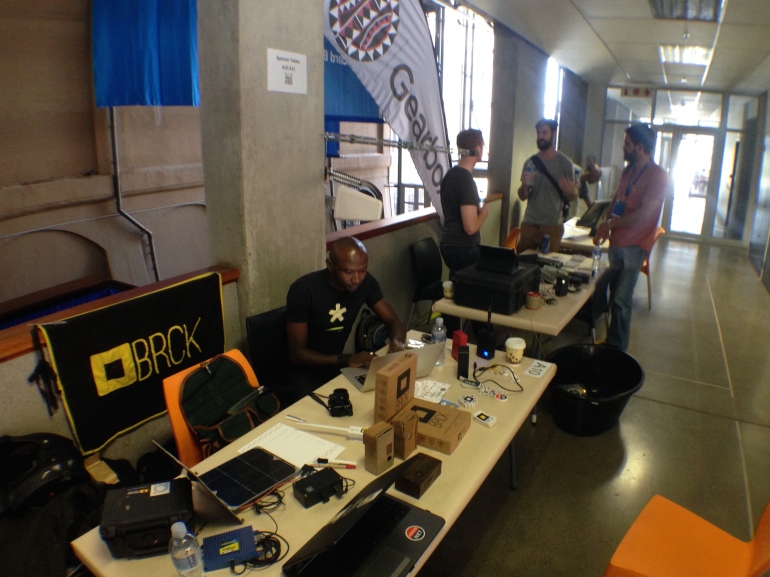 The BRCK and Gearbox tables at Maker Faire Africa in Johannesburg[/caption] We've been excited to show up at Maker Faire Africa (old site) in Johannesburg for quite a few months, so actually being there yesterday was a big deal for us. Especially as we had driven 4,400km to be here and it was our primary goal for the journey. The BRCK table certainly drew our fair share of interest at Maker Faire Africa this year. While Maker Faires elsewhere often feature the likes of fire-breathing dragon statues and other impressive works of art, making in Africa has a slightly different tone. The Faire in Joburg had plenty of amazing artwork – not least of which was a 30-foot tall LED light sculpture made of CNC’ed plywood and steel that looked amazing as the sun went down – but it also featured a leveling device for brick layers to make high-quality masonry easier to achieve. There’s a strong enterprising spirit to many local makers, and lots of them were keen to learn BRCK’s story of starting a hardware company in Africa. From questions about sourcing components, to finding access to tools, financing, and marketing expertise, makers from across the continent wanted to know BRCK’s story of taking a uniquely African innovation to commercializable product. We held a joint workshop with the Gearbox team on how to take a product design from idea to prototype to production, and showed lots of people how they could leverage their experience in the local market and knowledge of the local context to develop innovative new products that no one else in the world would be capable of making. 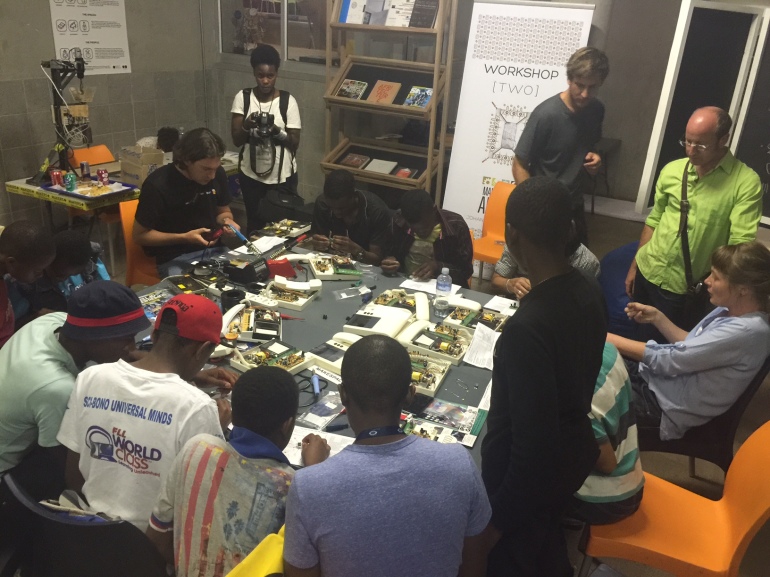 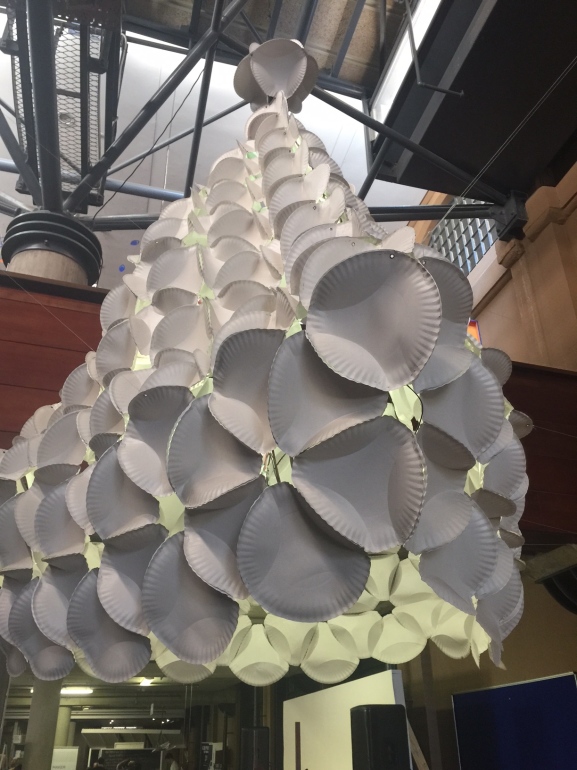 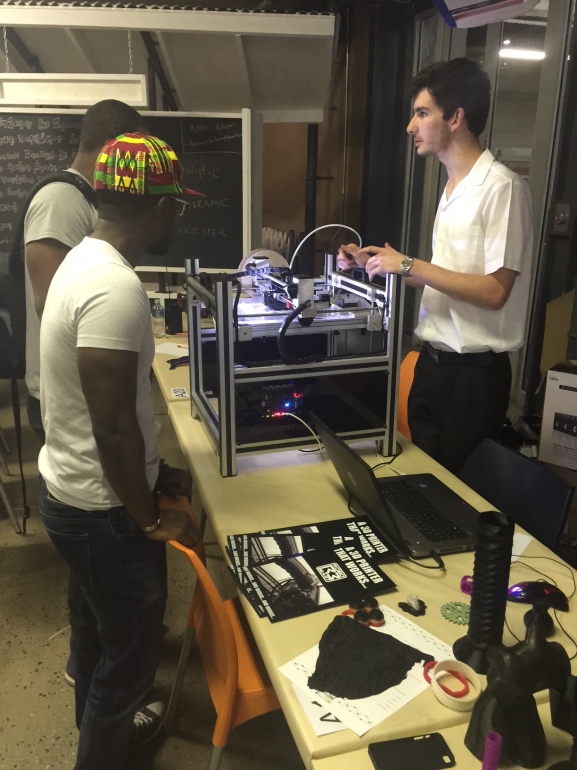 While this year's MFA is a bit smaller than in years past, we were still in great company with people building drones, robots, DIY kids electronics kits, 3D printers and a guy who built his own art car and skinned it in denim. (The best coverage is found on HTXT.africa. There were these guys who had built a small remote-controlled hovercraft who kept sliding it around, as well as a whole space setup for people to 3D print and make their own things.

MFA is a great event, if for no other reason than that it brings together the engineers and inventors in an area together. There's a lot of learning and connections made, and then more things happen afterwards. The other thing that happens is that people who are inventing new things are found by media and business people who can help them. Last year there wasn't a Maker Faire Africa, so we at BRCK weren't able to showcase our prototype-level devices. This year, we had one of the more polished items at the event. There's a lot that needs to happen between your first hacked together prototypes and a real production run of a new product. This is why I think providing an on-ramp to manufacturing is the obvious place to go next with Africa's inventors. This is why we're helping to build Gearbox in Nairobi. We need people, training and machines that can take guys with great ideas and early prototypes, and move them into becoming real businesses. The foundation is a lot more hardware-based prototyping, whether that's Fundibots in Uganda, MakerHut in Zambia is trying to foster a community around hardware, and there's a lot of activity in robotics groups by engineering students in Kenya, South Africa, Egypt and Senegal much of it happening in their respective tech hubs. [As an aside: read Bankole's post on "Africa needs an Industrial Revolution"] The next layer is what we need to plan for next. So, while we're thinking of Gearbox in Kenya, there are others doing the same in South Africa (who has always had a great manufacturing base). What others are out there? Who else is creating a program, space and bringing together that city's inventors and engineers to not just create prototypes, but take things to market?

One response to “BRCK at Maker Faire Africa: From Prototype to Production”